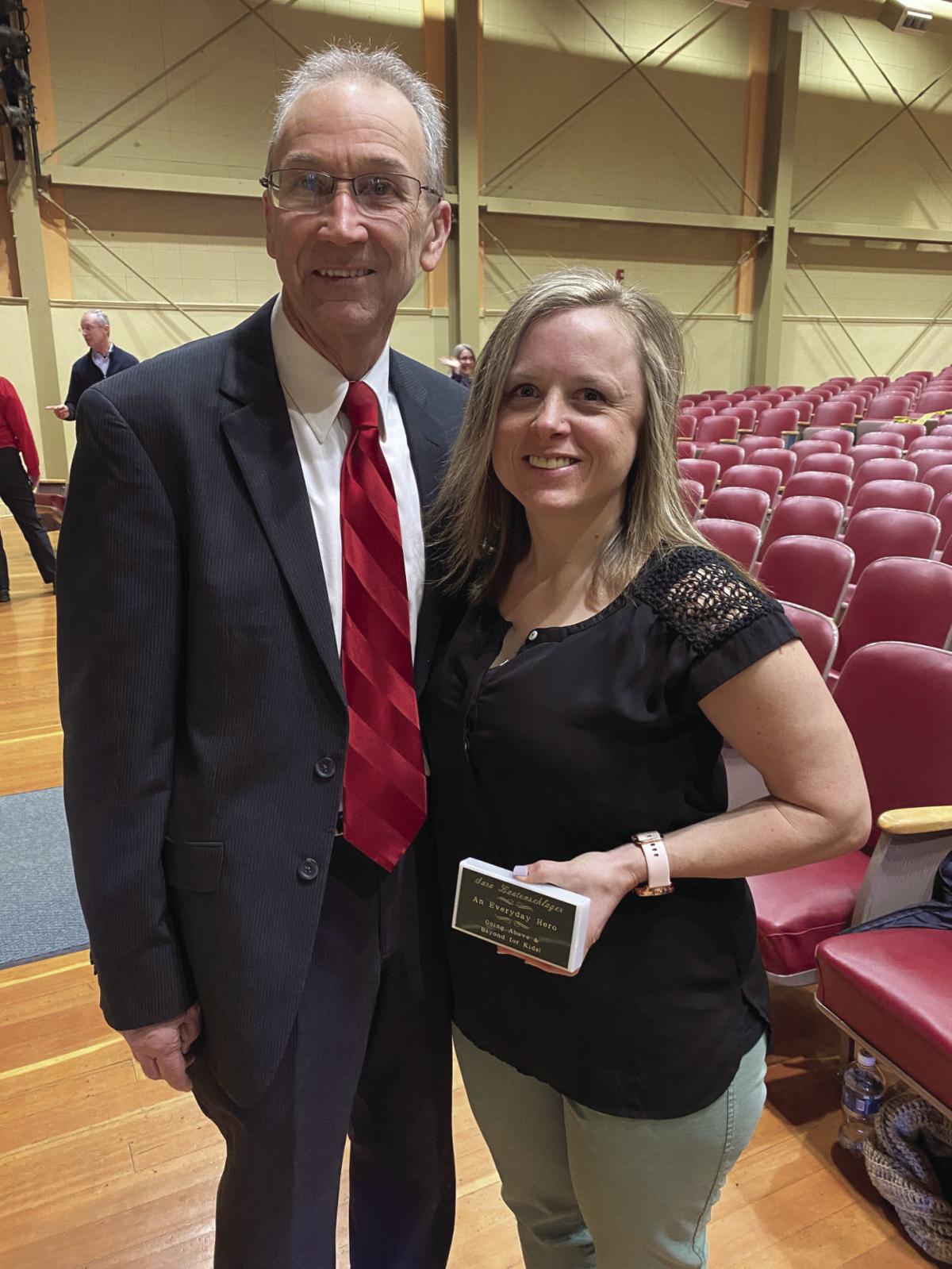 Sara Lautenschlager (right) was named an Everyday Hero for her work as a special education teacher at Roosevelt Elementary School. 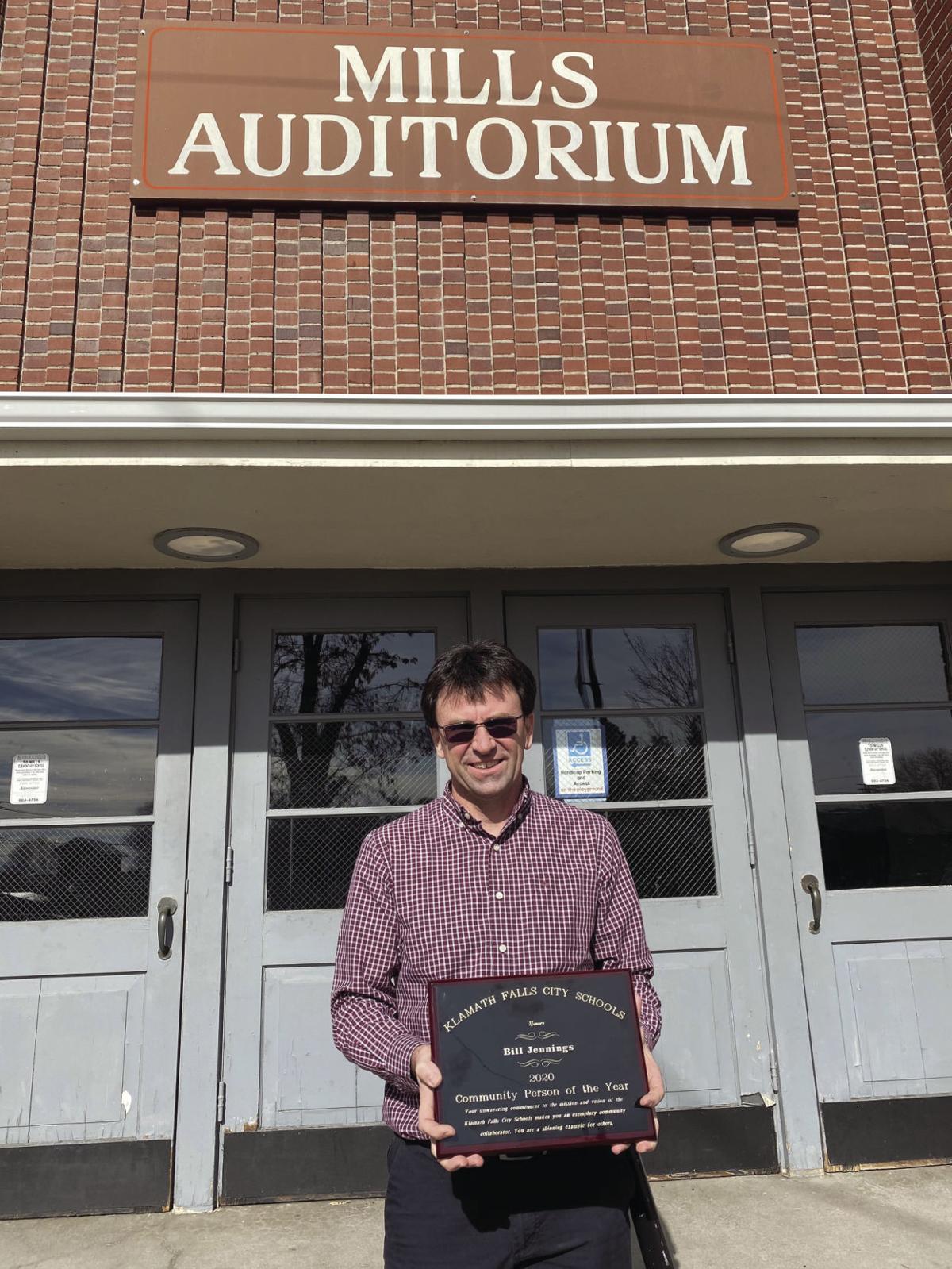 Bill Jennings was named Community Person of the Year for his longtime school board leadership.

Sara Lautenschlager (right) was named an Everyday Hero for her work as a special education teacher at Roosevelt Elementary School.

Bill Jennings was named Community Person of the Year for his longtime school board leadership.

“Today we are honoring people who know why they get out of bed in the morning, people driven to make children’s lives better by their compassion and dedication,” said KFCS Superintendent Dr. Paul Hillyer at the district’s fifth annual Everyday Heroes awards event Feb. 12 in the Mills Elementary School auditorium.

Hillyer thanked and presented awards to 18 peer-nominated individuals and ten teams who have done exceptional work on behalf of the city schools over the past year. He also thanked all in attendance.

“Every one of you could be coming across the stage today,” said Hillyer. “We are all part of the purpose-driven work of helping young people find success and develop themselves to their fullest extent.”

Named Community Partner of the Year was Klamath Basin Behavior Health, which has 30 staff providing day treatment and school-based services in the city schools. Receiving the award for the KBBH team was Chief Executive Officer Stan Gilbert, who praised the district as a role model that others in the state seek to replicate.

“It is rare for a district to open its doors and integrate mental health services to the extent this district does,” said Gilbert. “With this district’s commitment to mental health and the well-being of students, we’ll continue to do good things together.”

New this year was the Community Person of the Year award. It went to longtime school board member Bill Jennings, who accepted the honor with a tearful thank you and standing ovation.

“Education is hard work,” said Jennings. “But I am preaching to the choir. It is so much easier to do that work as a team, and it is an honor to be shoulder-to-shoulder with everyone here working to advocate for kids and advocate for education.”

Six teams that improved district programs or initiated new ones were recognized as Key Innovators.

■ The Ninth Grade On-Track Team at Klamath Union High School, whose new program identifies struggling freshman and works to get them on track with first-year credits.

■ The Childcare and Preschool Program staff, who care for young children at Pelican Babies daycare and preschoolers at the new Klamath Early Childhood Education Center.

■ The Centennial Team at Mills Elementary School, who arranged celebration events for this year’s 100-year anniversary.

“It is just so rewarding working with kids who need a different learning experience,” said Lautenschlager of her 16-year-career providing special education instruction and the Response to Intervention program at Roosevelt Elementary School. “And I love data!”

“She is supportive of teachers but will stand up for what she knows and for the kids,” said Morehouse, who also received an Everyday Hero award.

Hillyer closed the event by thanking all staff for making children’s lives better by their work in the Klamath Falls City Schools.

“I wake up in the morning and thank God for all the great people working for this district.”