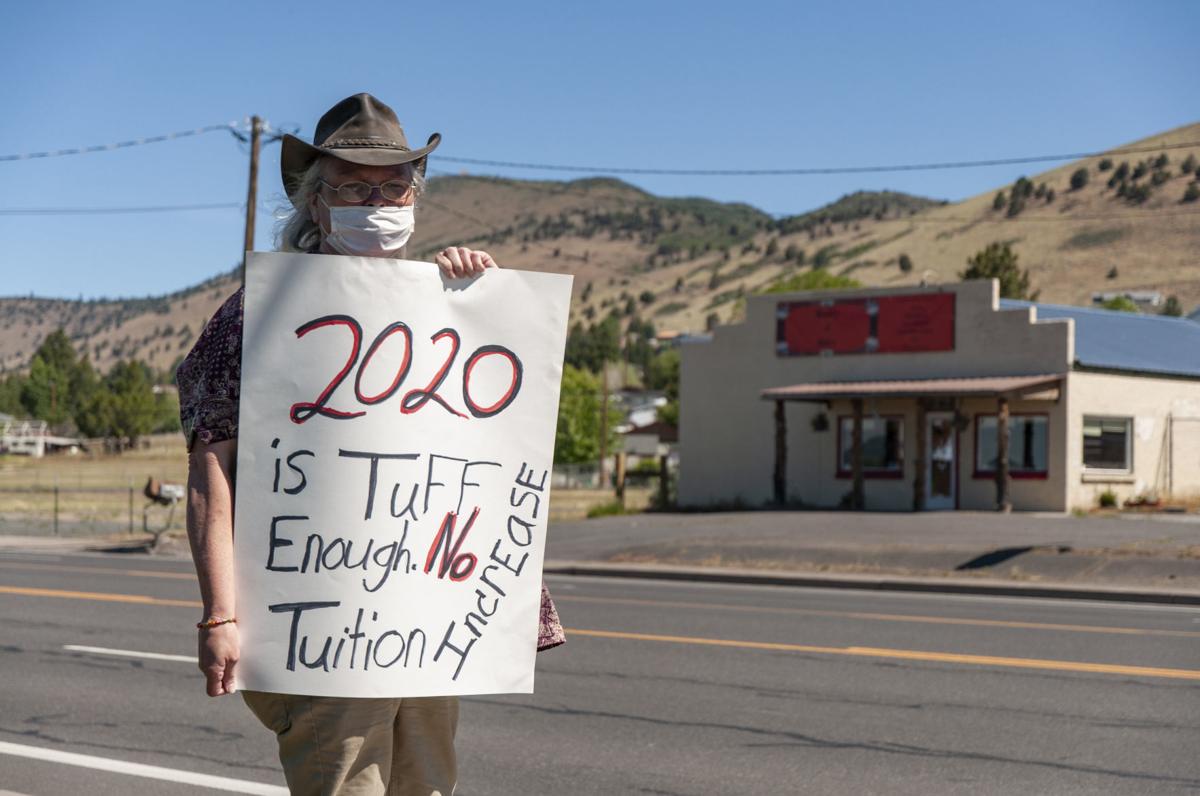 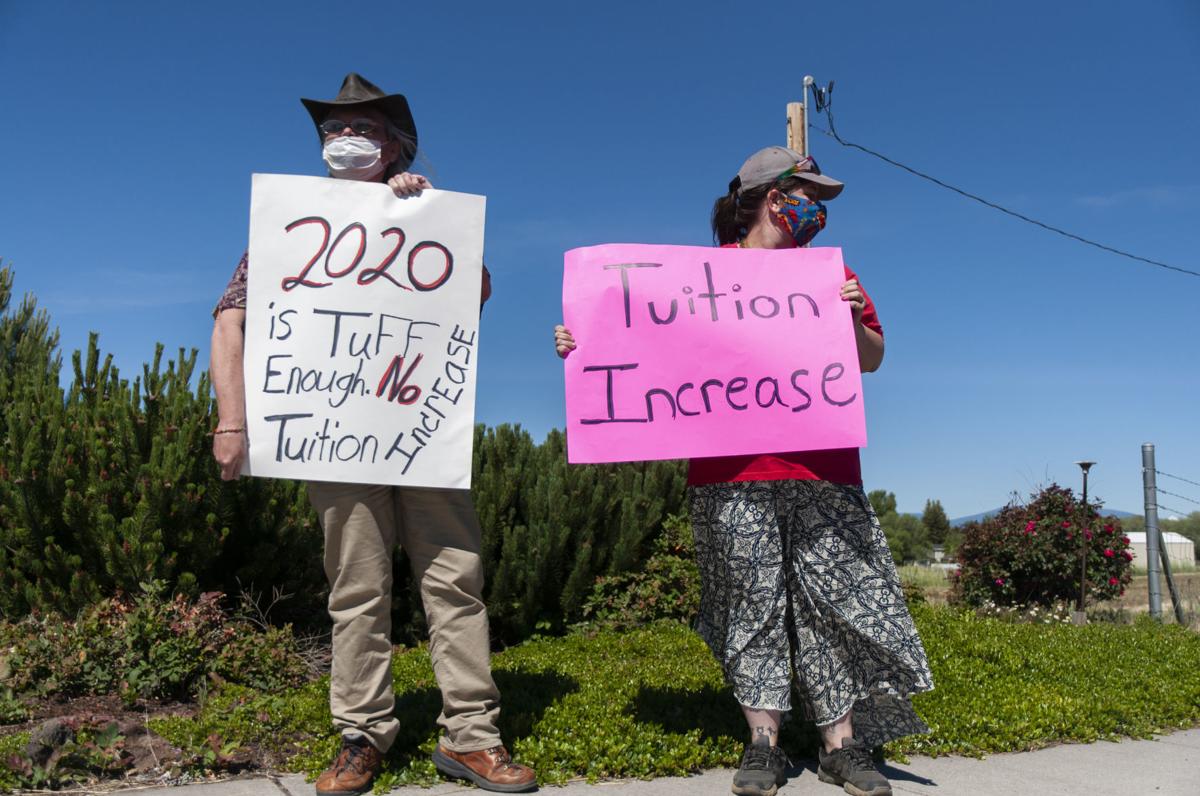 Klamath Community College announced a 2% increase in tuition for the 2020-2021 school year and some took to S 6th Street outside of the college Thursday to oppose the increase.

Protester Margaret Justus said she felt the need to speak up and say something when she found out tuition would be going up while many people are struggling with jobs and paying other bills during COVID-19.

“A tuition increase this year would be a big hardship for a lot of us,” she said.

KCC President Dr. Roberto Gutierrez explained the tuition increase comes as a result of a 16% or $1.7 million reduction in state funding for the college.

“Raising tuition is not easy. It is a difficult thing to do,” he said. “We know students have a hard time and they have financial struggles.”

“We did other things. We didn’t just balance our budget on the backs of students,” he said. “Because no matter what — if it’s 2% or what — it is hard. So that was not an easy decision.”

Although Gutierrez acknowledged the financial struggles of students, he said increases in federal funding and financial aid help decrease the hardship. He said the average check financial-aid eligible students at KCC received through the federal CARES Act was $402, according to KCC’s business office, and he also cited a 2.42% increase in federal Pell Grant funding. The president noted that 72% of KCC students qualify for PELL grant funding.

While any increase in tuition is a challenge for students, Gutierrez said the financial situation for the college “could’ve been a lot worse,” and that it was at other colleges that had more students drop out after the transition to online classes in the spring. He pointed to a 12% tuition increase at Linn-Benton Community College for the 2020-2021 year and much higher loss of enrollment percentages at other colleges where KCC only had a 1% withdraw rate.

Other than those who stood on S 6th Street on Thursday with signs, Gutierrez said he hasn’t heard any feedback from students about the increase.

Although funding is tight for the college due to COVID-19, Justus said money is also tight for students for the same reason.

“We’re determined to continue to go, even through the COVID,” she said. “I think it’s important that the KCC board acknowledge that we as students also are fighting this COVID thing.”

“I know fellow students that have lost their jobs, and they’re trying to make rent and go to school and this increase is hurting too much. And I think it’s inappropriate considering the circumstances of this year.”

Gutierrez acknowledged Justus’s concerns over raising tuition in the middle of a pandemic like this, saying that he agrees now is not a good time. Still, he said the college must balance its budget and that a tuition hike was a last resort.

Justus said that she was out protesting from about 8:30 a.m. until just after 2 p.m. Thursday and two or three people joined her throughout the day. She said part of her motivation in protesting Thursday was to get the word out about the tuition increase with a message for students.

“The price is going up and you better check your budget and decide if you can afford to keep going,” she told the Herald and News.

“I support the college as much as I can, and I hope they will consider our financial budgets, too,” she said.