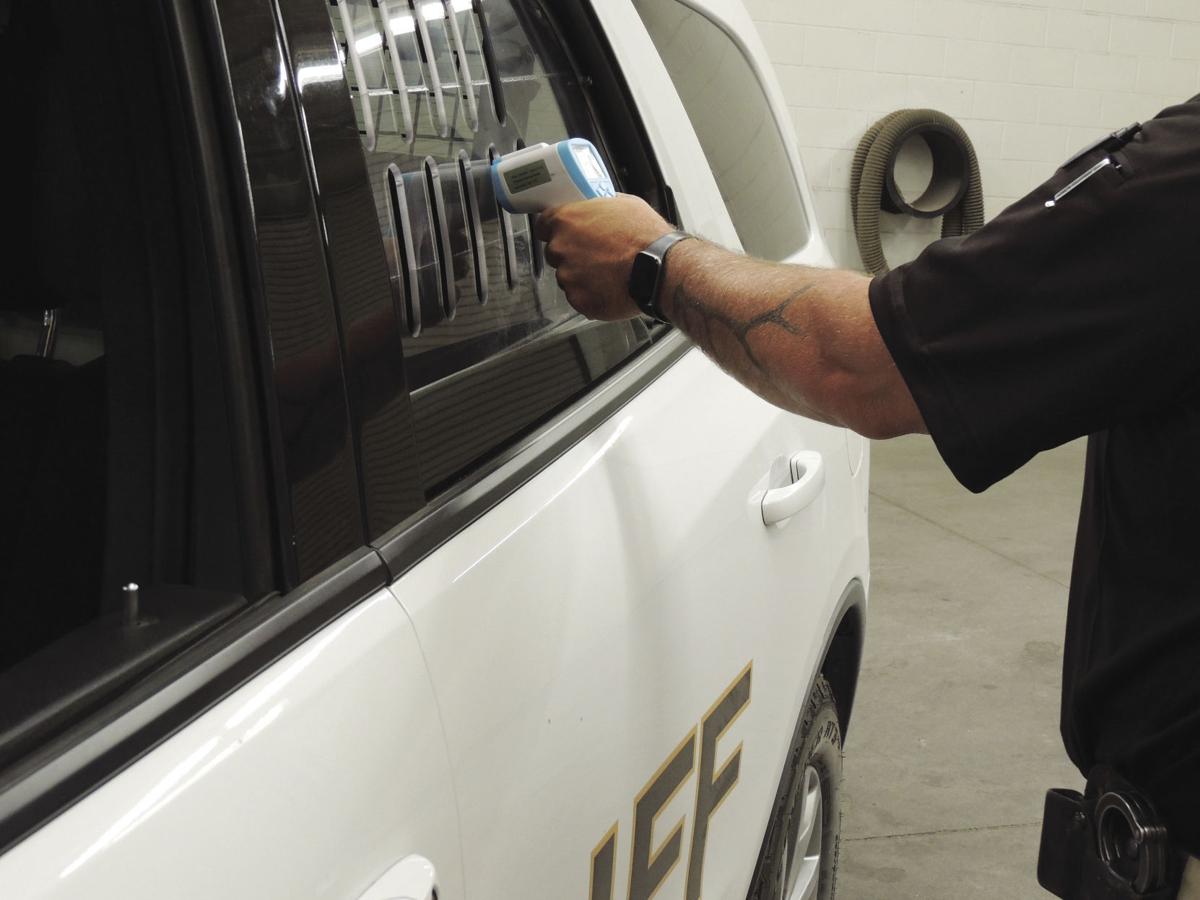 Jail staff re-enact how they take someone’s temperature before they are booked into jail. 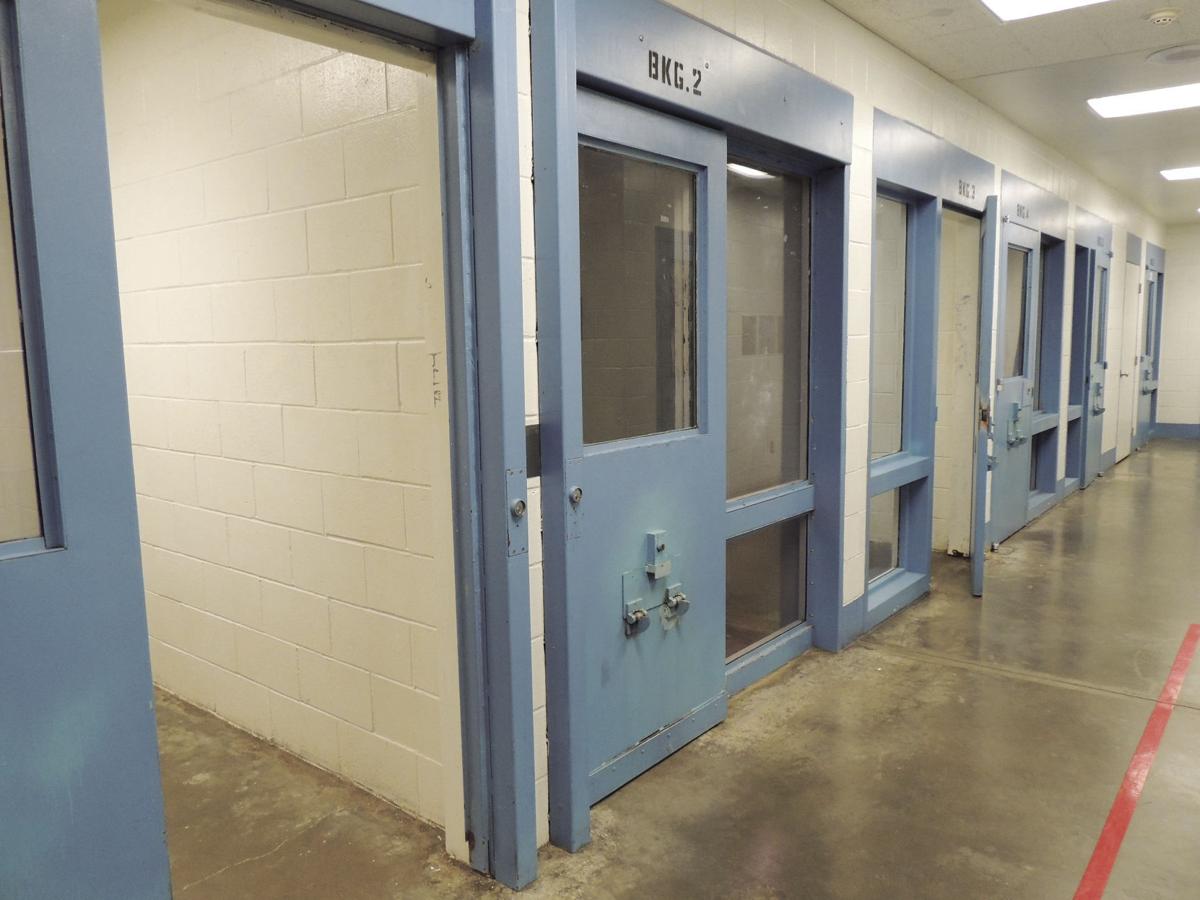 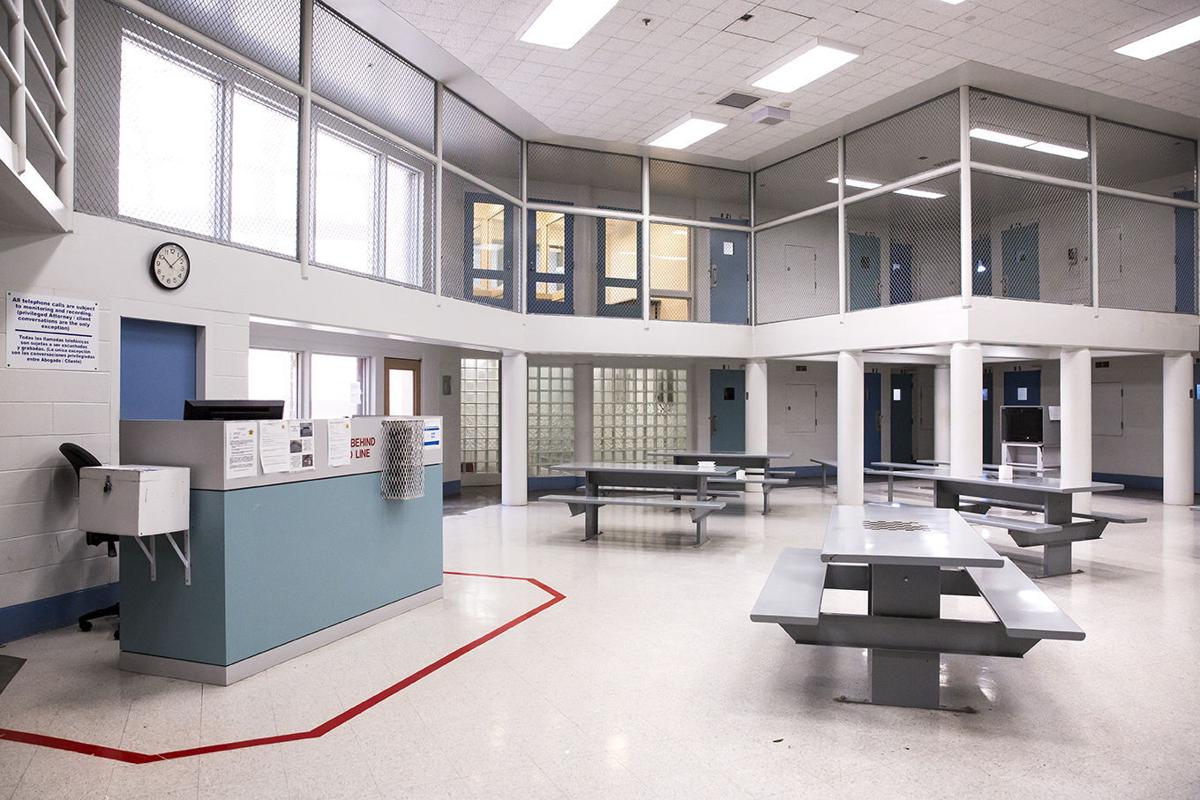 Klamath County Jail B-pod, as seen in this 2017 file photo.

Jail staff re-enact how they take someone’s temperature before they are booked into jail.

Klamath County Jail B-pod, as seen in this 2017 file photo.

For the last six months, fewer people have been spending the night in the Klamath County Jail.

The Klamath County Sheriff’s Office, which runs the jail, has had to make major changes to operations in order to keep staff and inmates safe during the pandemic.

The biggest of those changes has been allowing fewer people into the jailhouse. Only those who commit high-level felonies and crimes that require mandatory arrests — such as domestic violence or restraining order violations — are brought to the jail. Since February, those who commit lower-level crimes, like theft or stealing a car, have not been spending time behind bars.

Earlier this year, Jail Commander Lt. Brian Bryson capped the population of the facility to about half of its 152-person capacity. This was done in accordance with state guidance to maintain single-cell occupancy, increase cleaning and reduce movement within the premises.

A survey of jail booking records showed a 35% reduction in the jail population in July 2020 compared to July 2019.

So far, the reduction has worked for preventing COVID-19. To date, there have been no positive tests from the jail, according to Bryson.

But that reduction can lead to other problems.

Deputy District Attorney Cole Chase said word of the change in jail policies has reached circles of criminals in the community. He said that his office is aware of some who know the specific crimes they commit so as not to spend the night in jail.

“The criminals are now aware that because of the jail’s lodging policies, that they basically have free rein to commit certain crimes without the consequence of being lodged,” Chase said.

He noted an example of one individual who is facing seven pending cases. In non pandemic times, he said that person normally would’ve gone to jail after the first offense.

Chase said overall crime rates in the county have remained fairly consistent, despite those outlying cases.

“We’re only slightly ahead [of historical crime rates], but as applied to specific individuals, we’re seeing seasoned criminals knowing that they can commit property crime and drug crimes over and over again with almost no consequence,” Chase said.

Sheriff Chris Kaber emphasized that even now, when someone isn’t taken to jail for a crime, they are still charged and can still face consequences through the court system.

Still, he recognizes the way lock-up helps discourage crime. He said he plans to return to booking people as normal as soon as they can.

“Sometimes being removed from society, into the jail can be that deterrent,” Kaber said. “I don’t think anything can replace that.”

Klamath Falls Police Department Chief Dave Henslee applauded Bryson and Kaber for their efforts to keep people safe, but said he too is concerned about the message it sends to the community when people aren’t able to be booked.

“Especially people who are intent on breaking the law, when they recognize that the likelihood of them being held accountable has been diminished, well that’s a concern of mine,” Henslee said.

As an example, he noted his department’s efforts to crack down on shoplifting in Klamath Falls by taking those offenders to jail — a new policy focus. Now, his officers can no longer do that because theft doesn’t meet the criteria for jail time in Klamath County.

“I think that holding people accountable with the charge is appropriate, but there’s also a deterrent when people recognize that they can be taken into custody,” Henslee said. “And we’ve lost that deterrent.”

While law enforcement receives guidance from the state level, it’s ultimately up to local departments to decide how they operate. That means Lt. Bryson considers every arrest and every booking, every day.

“We talk about this a lot, and the lieutenant his staff work on it a lot,” Sheriff Kaber said. “To keep the prisoners safe, to keep those that work in the jail safe, and to keep the public safe with that jail piece.”

There are exceptions to the booking criteria, if an arresting officer feels the person needs to be held.

“There’s a person that’s just tearing up the town and might not meet the criteria, but he’s a danger to himself or others, and depending on the circumstances, the numbers at that moment, we make exceptions,” Kaber said. “It could be an A misdemeanor, but it’s bad. Or it’s the third one that night. Whoever it is, isn’t getting it. And so we need to stop them before someone else is victimized.”

Henslee said he’s appreciative of the flexibility to still bring people to jail when needed.

“We’re not letting violent criminals just run around the street and further victimize our community members,” Henslee said. “So I think that the way that the sheriff’s office has responded to this pandemic makes sense to me, and I’m supportive of it.”

Bryson said he can look at what cells he has open and decide whether or not to make an exception.

Henslee said that, surprisingly, he hasn’t seen an uptick in crime when comparing 2020 to 2019. Kaber said KCSO’s calls for service have remained consistent with year prior, and he too hasn’t seen a change in crime rates through his department.

Last week, the jail population rose into the 90s for the first time since February. This was largely due to some logistical reconfiguration, which freed up some additional cells for booking.

“It’s creative housing,” Bryson said. “It’s not the norm of how you run the jail.”

As court appearances resume after being stalled for months, Bryson noted people are moving through the criminal justice system again in ways they haven’t been since the start of the pandemic. This also affected the jail’s population as court cases move forward with judge-ordered releases, dismissals, sentencings and more.

Other agencies also influence the jail population, such as the court system, social services, medical services, other jails when transporting inmates and more. Each of those agencies plays into the jail’s operations, Kaber said.

“Inmates get transferred from jail to jail, jurisdiction to jurisdiction, so we could be (a vector of the virus),” Kaber said. “If we’re not careful on the intake, we could take it get in our jail and then send it to some other jail.”

The jail is also not allowing social visits right now, including friends and family. Procedural visits, such as attorneys and social services, are still allowed in Klamath County, although not in other places across the state.

“The reason for that is we need to keep the wheels of justice in motion,” Bryson said.

People in the jail are not required to wear masks. Kaber said he has coordinated with local public health officials, who have inspected the jail and assessed its procedures.

People booked into jail are asked a set of five questions pertaining to their health and potential exposure to COVID-19. Officers also take people’s temperature in the back of the squad car.

If someone answers yes to any questions that raise the possibility of COVID exposure, Bryson said they are held in a quarantine cell and have to stay there for at least seven days.

The storm will deliver rain and snow from California to much of the Rocky Mountain region.