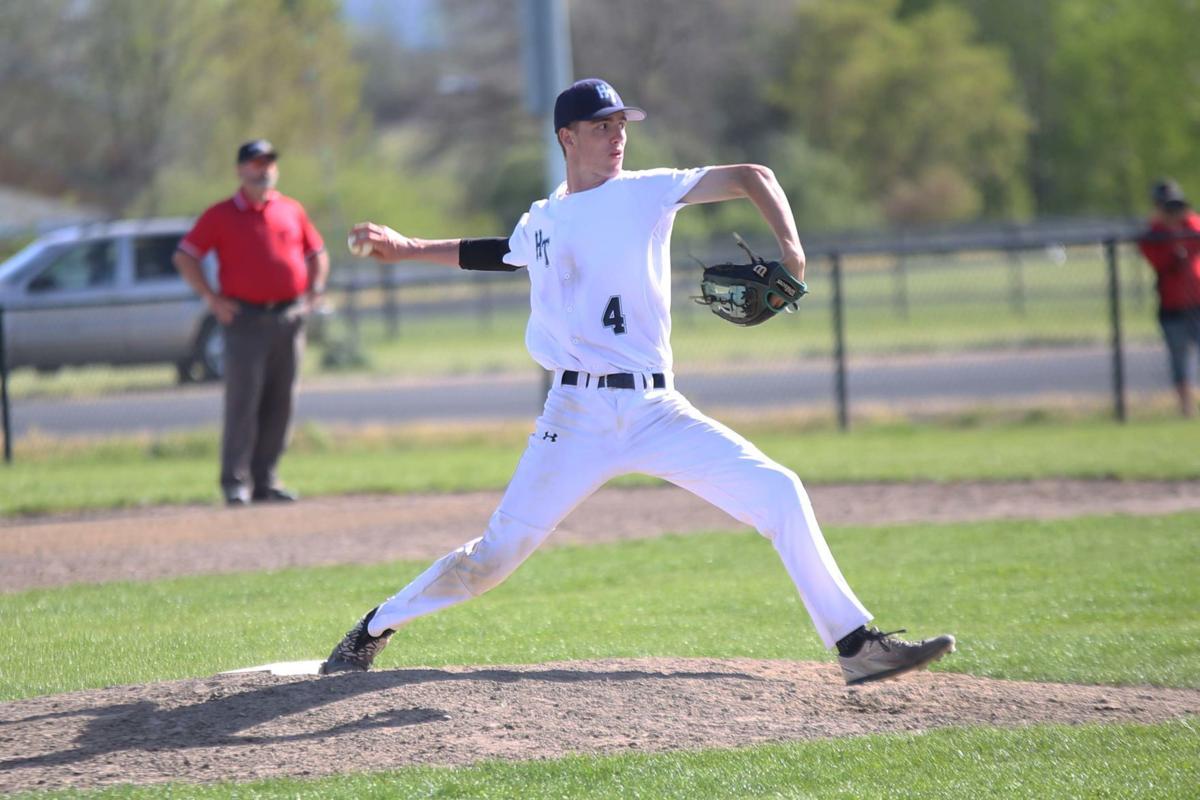 Jacob Moore delivers a pitch during Hosanna Christian/Triad’s 11-4 win over North Lake on Tuesday, May 7. Moore threw six innings, allowed two earned runs and struck out 10 in the Lions win. 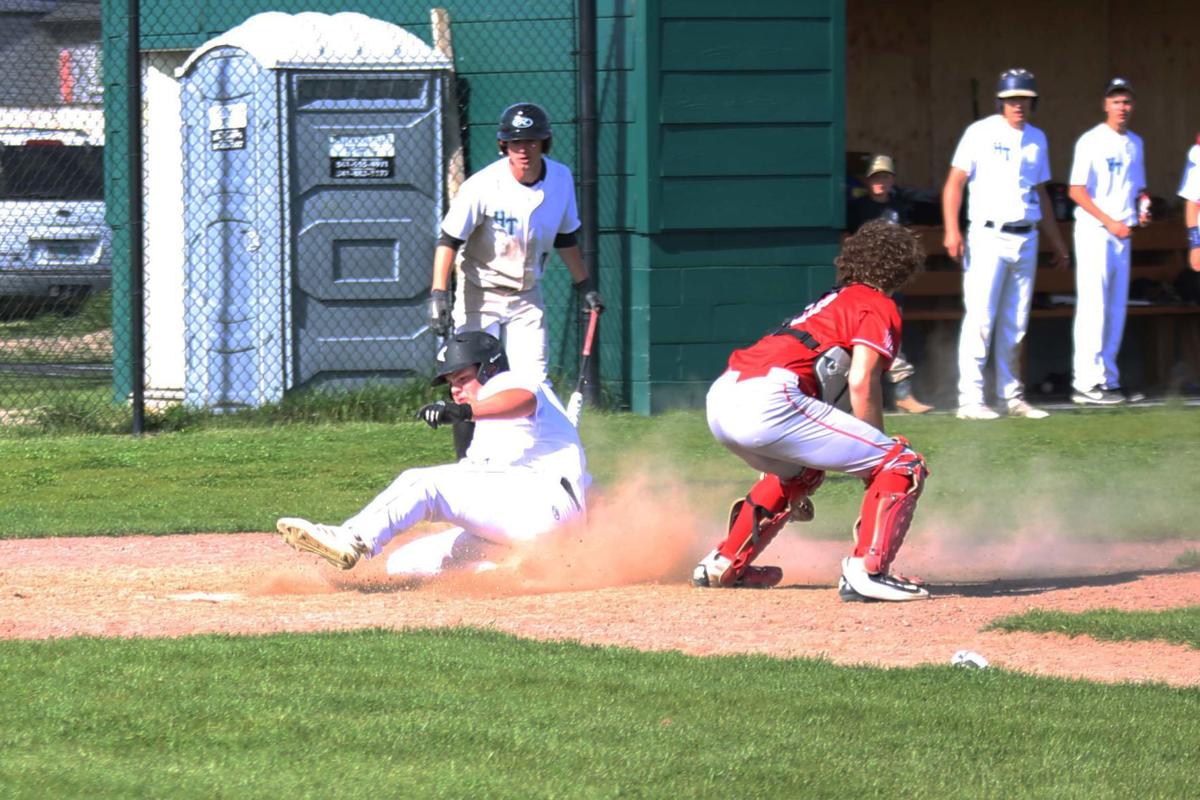 Nick Morris slides safely into home during Hosanna Christian/Triad’s 11-4 win over North Lake on Tuesday, May 7. Morris had two hits and scored three runs in the win.

Jacob Moore delivers a pitch during Hosanna Christian/Triad’s 11-4 win over North Lake on Tuesday, May 7. Moore threw six innings, allowed two earned runs and struck out 10 in the Lions win.

Nick Morris slides safely into home during Hosanna Christian/Triad’s 11-4 win over North Lake on Tuesday, May 7. Morris had two hits and scored three runs in the win.

With the playoffs looming and a district title on the line, the Hosanna Christian/Triad baseball team helped itself in both cases with a doubleheader sweep of North Lake Tuesday.

The Lions handed the lowly Cowboys a 10-0 loss in five innings and an 11-4 loss to remain in contention for a Special District 6 title in the final week of the regular season.

Hosanna Christian/Triad has rebounded from its six-game losing streak at the end of April to have won its last four games.

“It’s a big confidence booster for us,” said head coach Jeff Patzke. “It’s a big win for us, we will see how we respond after this. It’s all about how you respond when things don’t go your way, and things went our way today and we looked pretty good.”

Pitching powered the Lions past the Cowboys. Between the two games, the Hosanna Christian/Triad rotation held North Lake to five total hits, four runs while combining for 20 strikeouts.

Jarrett Cline pitched a shutout in the first game and allowed just two hits while striking out nine. In the second game, Jacob Moore retired the first 10 batters he faced. It wasn’t until he struggled with his location in the fourth inning — three walks and two hit batsmen — that North Lake showed any signs of life offensively.

Moore kept his approach simple on the mound against North Lake.

“Throw it hard and throw it by them,” the right-hander said.

More often than not, the Hosanna Christian/Triad pitchers were working with more than enough run support. The Lions scored in nine of the 12 innings, putting up crooked numbers in four of those innings.

In the first game, Moore and Beau Baley went yard for the Lions and Ethan Roe tripled. Seven Lions finished with at least one hit in the game, led by Roe and Isaac Orndoff, each with a pair of hits.

It was the middle of the lineup that did damage for the Lions in the second game. Moore, Nick Morris, Skyler Reasoner and Wester Heryford totaled seven of the team’s 12 total hits. Reason and Heryford each drove in a pair as well.

“We a lot on being aggressive early in the count, treating it as your count and not the pitcher’s count,” Patzke said. “You don’t have to swing at garbage, pick your spot (to swing). I think we did that today and hopefully, we can build on that.”

Hosanna will play its final game of the league series Monday, May 13 against Rogue River. The doubleheader is scheduled to start at 2 p.m.