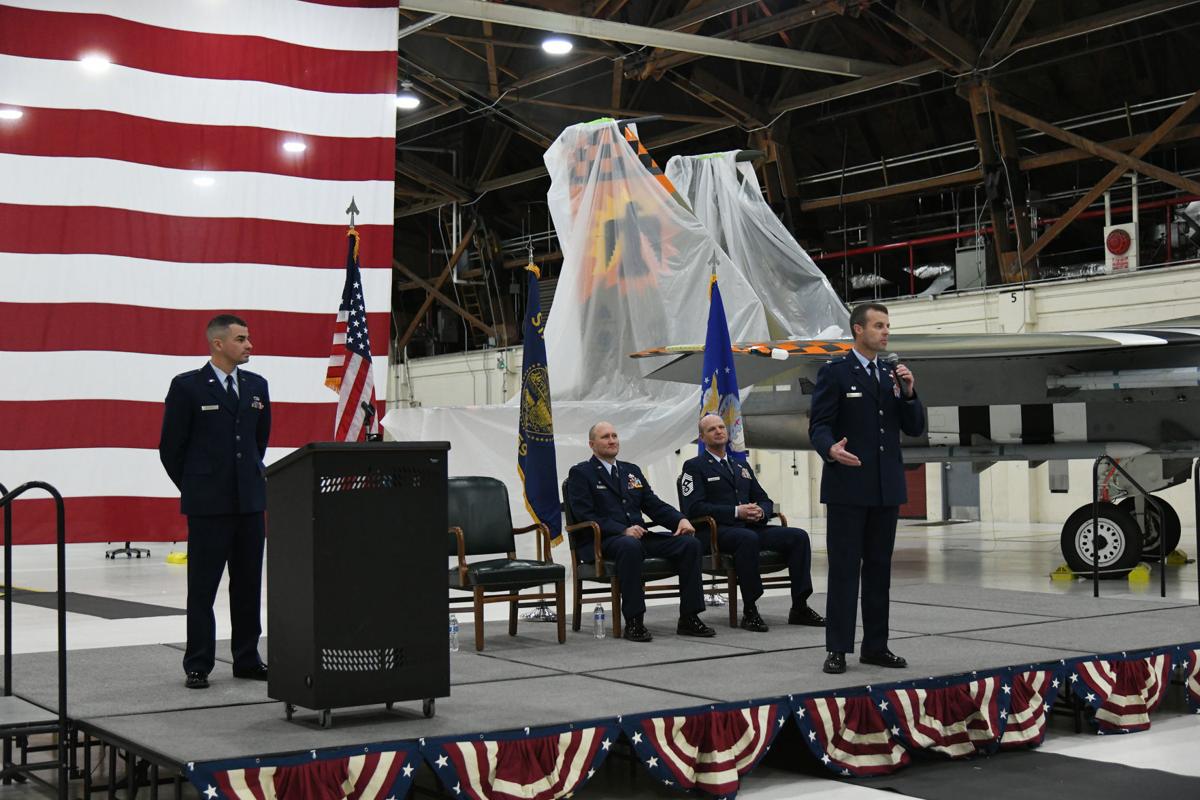 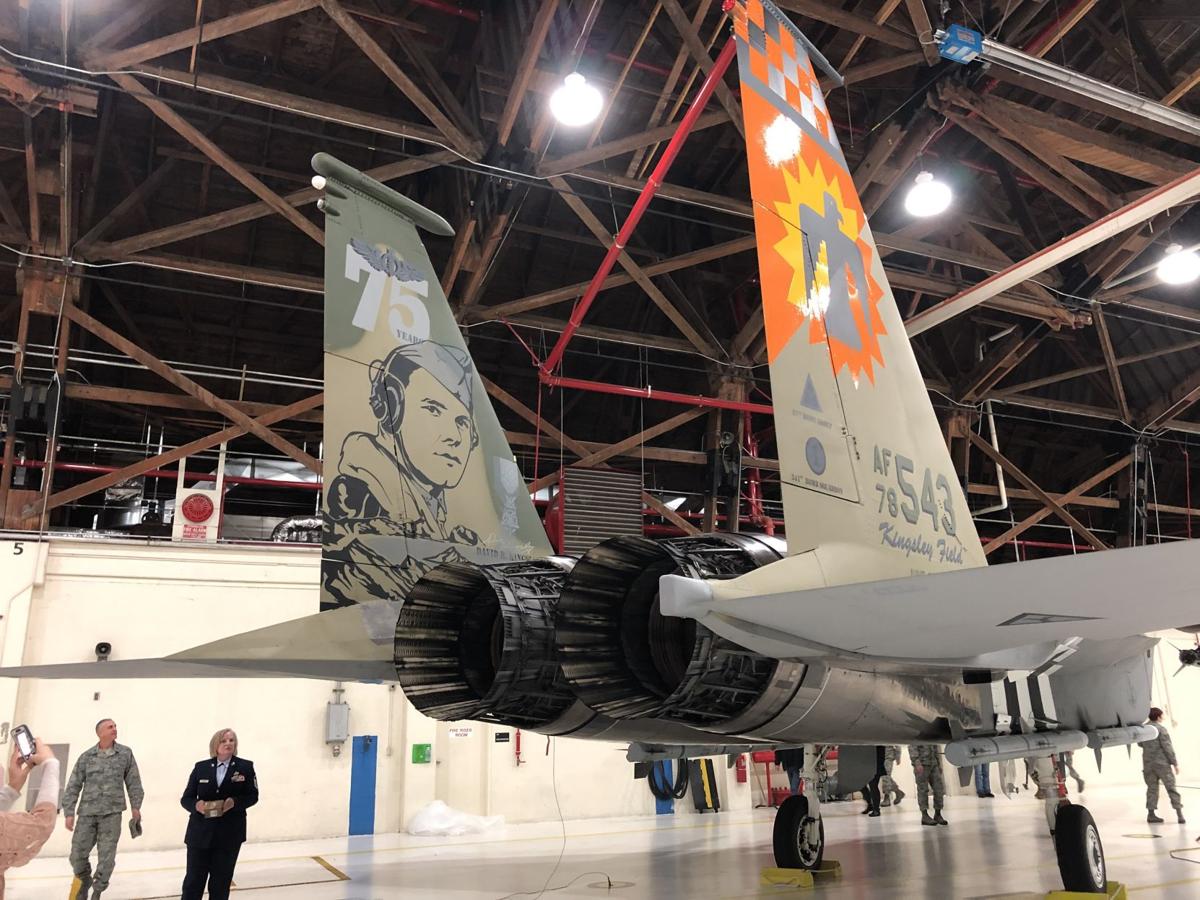 The F-15 jet's paint design is in honor of David R. Kingsley, and his portrait is prominently displayed. 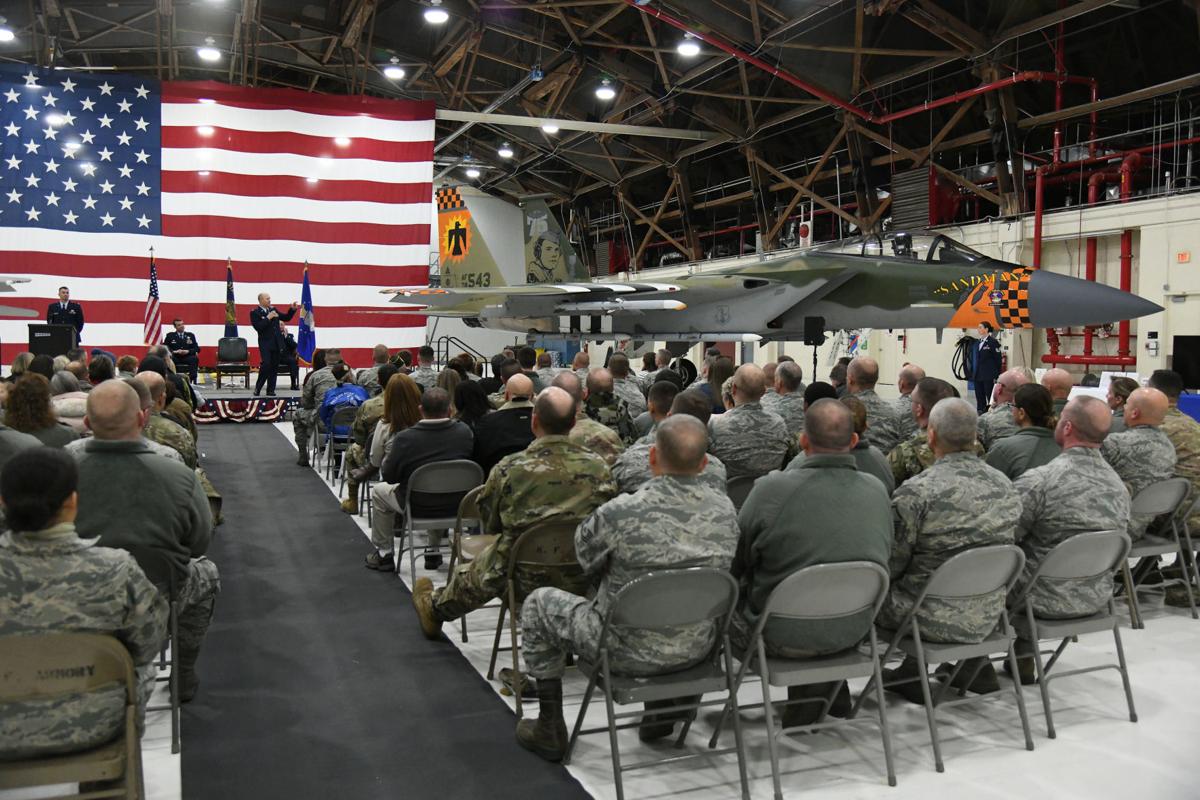 The F-15 jet's paint design is in honor of David R. Kingsley, and his portrait is prominently displayed.

“I think it truly is a gift to Kingsley Field to have this aircraft, and be able to tell the story of David R. Kingsley,” Col. Edwards said.

Kingsley was awarded the Medal of Honor after sacrificing his own life to save another while he was serving as a bombardier in a raid over Romania in 1944. Kingsley was tending to Michael Sullivan, who served as a tail gunner, and gave Sullivan his own parachute when Sullivan’s could not be located.

The design on the F-15 includes a portrait of Kingsley above Crater Lake, and his signature, as well as a Medal of Honor, black-and-white invasion stripes, and orange-and-black checkers. The color scheme is based on the B-17 bombers Kingsley flew on.

The painting process was completed in two weeks at Edwards Air Force Base in California after the design was selected from community submissions.