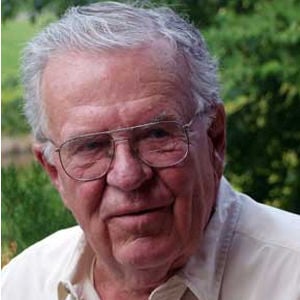 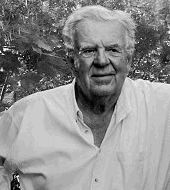 William Kittredge, who grew up on his family’s historic MC Ranch near Adel and was regarded as one of America’s great western writers, died Friday in Montana.

Kittredge was 88. A 1948 Klamath Union High graduate, Kittredge was the author of several books, including his groundbreaking memoir “Hole In the Sky.” He edited “The Last Best Place: A Montana Anthology,” and authored essay collections including “Owning It All,” “The Nature of Generosity” and “Balancing Water: Restoring the Klamath Basin,” which was published in 2000 and featured photographs by Tupper Ansel Blake of Dorris and Madeleine Graham Blake of Klamath Falls.

Although revered by many, his books were often viewed critically by ranchers and agri-businessmen, especially in Lake County and other areas of rural Oregon. Kittredge was often sharply critical of farm and ranch land use practices, including those on the family ranch.

During an interview in the 1990s at his Missoula-area home, Kittredge said his criticism was based on firsthand experience of being raised in Lake County’s Warner Valley on the once-massive MC Ranch.

“At one point I wanted to write about the West and the mistakes that were being made and the best example I could use was my myself and my family and the mistakes we had made,” he said in the interview. “And because of that I got a reputation of being hard on my family and being hard on ranch people in general. I don’t hate cowboys. Most of the grief I’ve given is to agribusiness ranchers.”

Although he had an agricultural background, including a degree from Oregon State University, Kittredge left the MC to study at the University of Iowa’s Writer’s Workshop.

Kittredge later began a successful writing career that led to his books and magazine articles in such publications as The Atlantic, Harper’s, Esquire and Outside. Kittredge spent more than 30 years as a professor of English and creative writing at the University of Montana in Missoula.

Two of his books, “Hole In The Sky” and “Owning It All,” recall his impressions of growing up in Lake and Klamath counties. In both he was critical of himself, his family and damage created by irresponsible ranching and farming.

“We thought we were doing God’s work out there,” said Kittredge of life on the MC. “We found out that some of that ‘big’ ag doesn’t work.”

“Hole In The Sky,” in which Kittredge chronicles his personal failures, won the PEN West Award in 1992 for best nonfiction book of the year. He also co-edited “The Last Best Place: A Montana Anthology” in 1988 and co-authored nine novels in the Cord series of Westerns. “Who Won the West” was published in 1996. His novel “The Willow Field” was published in 2006.

Despite his critical writings about agriculture, “Balancing Water” is regarded as a balanced book about the Klamath Basin and its water problems.

“I’m quite positive about what’s going on down there,” he said in an interview about the book. “I don’t think anybody’s acting out of maliciousness. They’re all addressing the issues and they’re getting them solved one by one by one. That’s the way a community gets formed ... you’ve got to take care of the people, you’ve got to take care of the place. A lot of environmentalists don’t put much emphasis on taking care of the economy or the people. Clearly both have to be taken care of and that’s the thrust of the way I’m trying to approach it. I think it’s pretty remarkable. There’s a lot of good work going on. There’s a lot of agreement.”

Because of restrictions stemming from the ongoing COVID-19 pandemic, his wife Annick Smith said a memorial will be held at a later time.

Author was raised in and inspired by Southern Oregon

William Kittredge, who died Friday, Dec. 4, in Missoula, Montana, was born in 1932 in Portla…