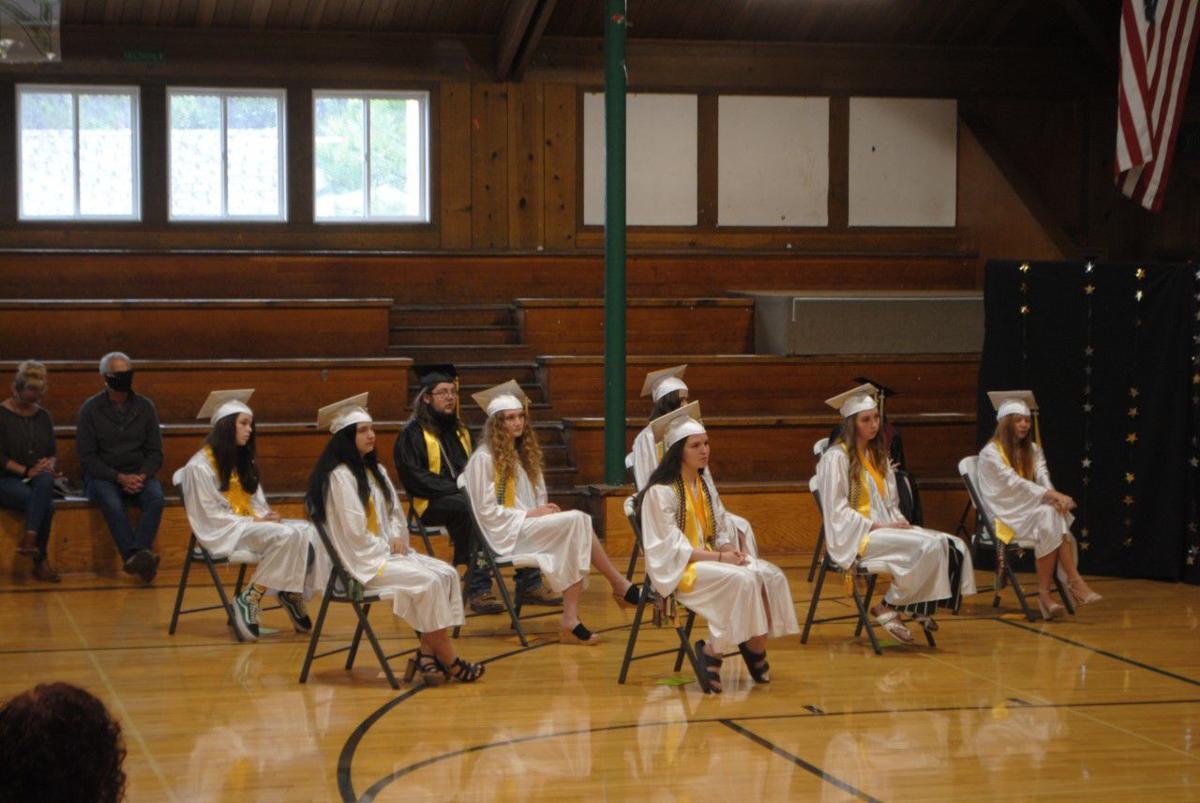 Gilchrist’s Class of 2020 was able to enjoy an indoor graduation ceremony Saturday. 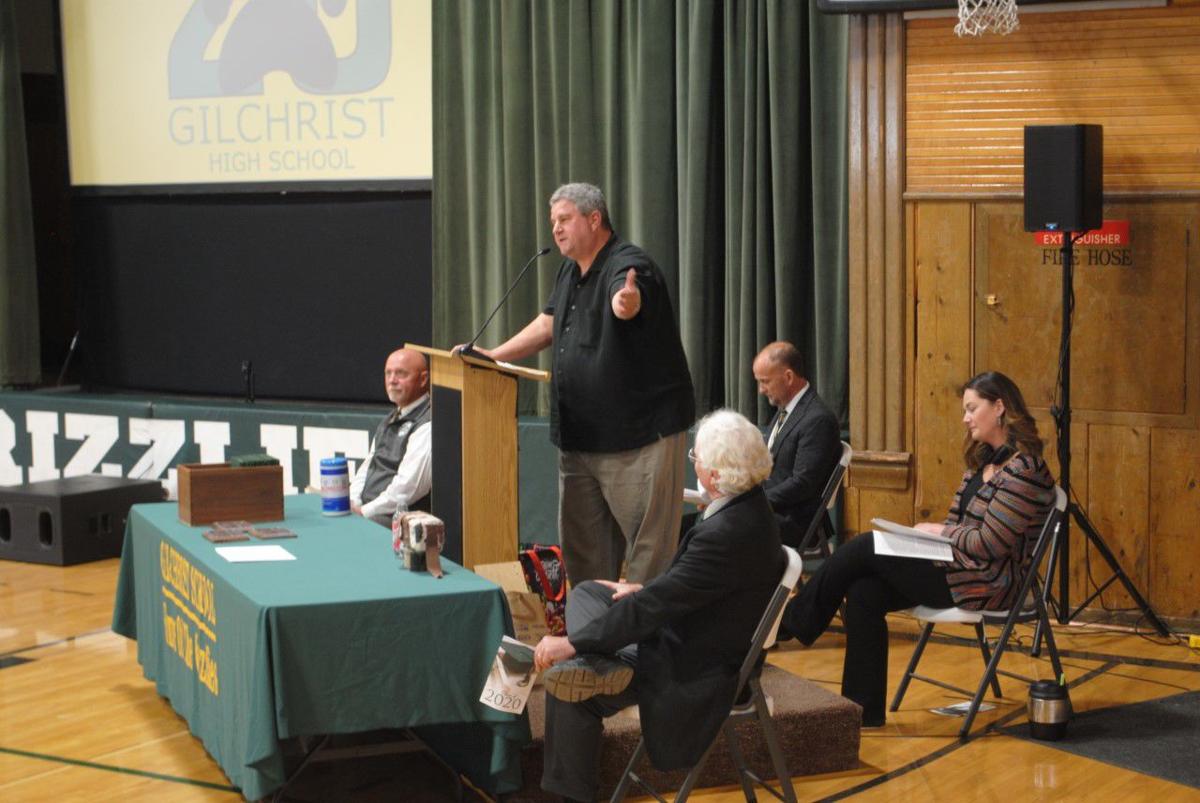 Gilchrist’s Class of 2020 was able to enjoy an indoor graduation ceremony Saturday.

Saturday, June 6, Gilchrist High School’s Class of 2020 graduated. For Gilchrist’s seniors, as was the case for every other senior who graduated this year, the three months preceding their graduations were ninety days of uncertainty and missed customary senior year experiences. This year is also the 80th anniversary of the graduation of the first class from Gilchrist High School. Both classes graduated into uncertain and unsettled times.

Until Friday, June 5, the expectation was that the graduation ceremony would take place outdoors. The forecast for the Saturday was for high winds, rain and snow flurries. Friday afternoon Klamath County’s Phase II plan was approved. The ceremony moved back indoors.

Kevin McDaniel and Darla Brandon were this year’s presenters. McDaniel is a retired educator. He began his teaching career at Gilchrist then concluded it as Gilchrist’s principal. McDaniel remains connected to Gilchrist’s students and the school as well as the community. He spoke about the advantages of attending a smaller school in a community such as Gilchrist. He cited numerous examples of Gilchrist graduates who have gone from success to success. Darla Brandon was described by Principal Steve Prock as the school’s Swiss Army Knife because she does it all. She described the challenges and disappointments she witnessed this year’s seniors face then overcome. She commended them for their tenacity.

Larken Ackley was this year’s salutatorian. Katie McDaniel and Ashley Kelley were this year’s valedictorians. This year’s juniors voted Rayenee Hoover and Cauy Ham outstanding Senior Girl and Senior Boy. As is typical of Gilchrist’s graduating classes, all members of the Class of 2020 have solid plans in place to prepare themselves to enter the work force. Diplomas were presented by Principal Steve Prock, Mark Greif and John Rademacher.