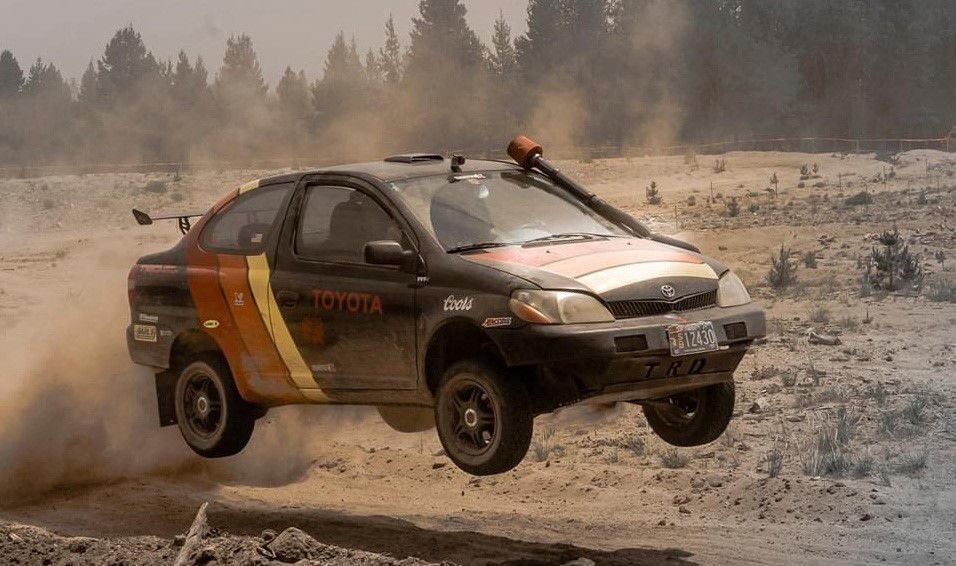 A car flies down the HooptieX track during Klamath County’s Gambler 500. 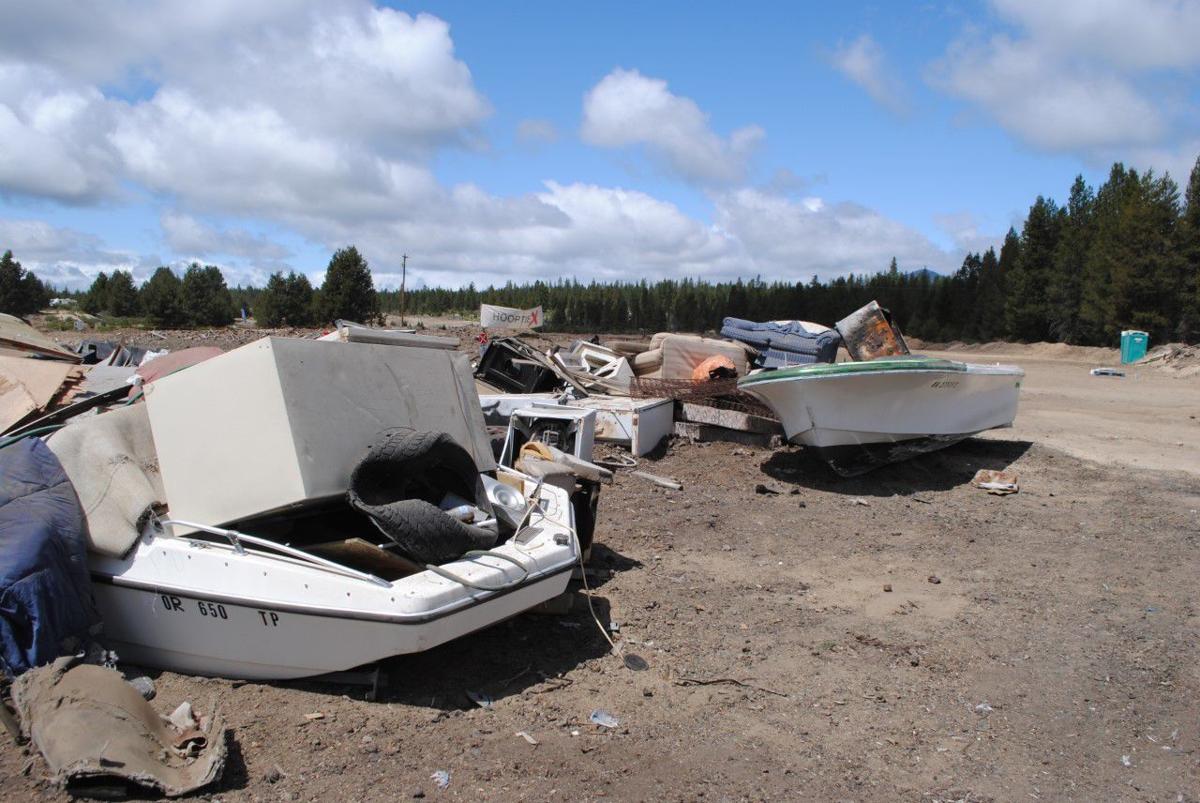 Boats and other junk were removed from public lands during the event. 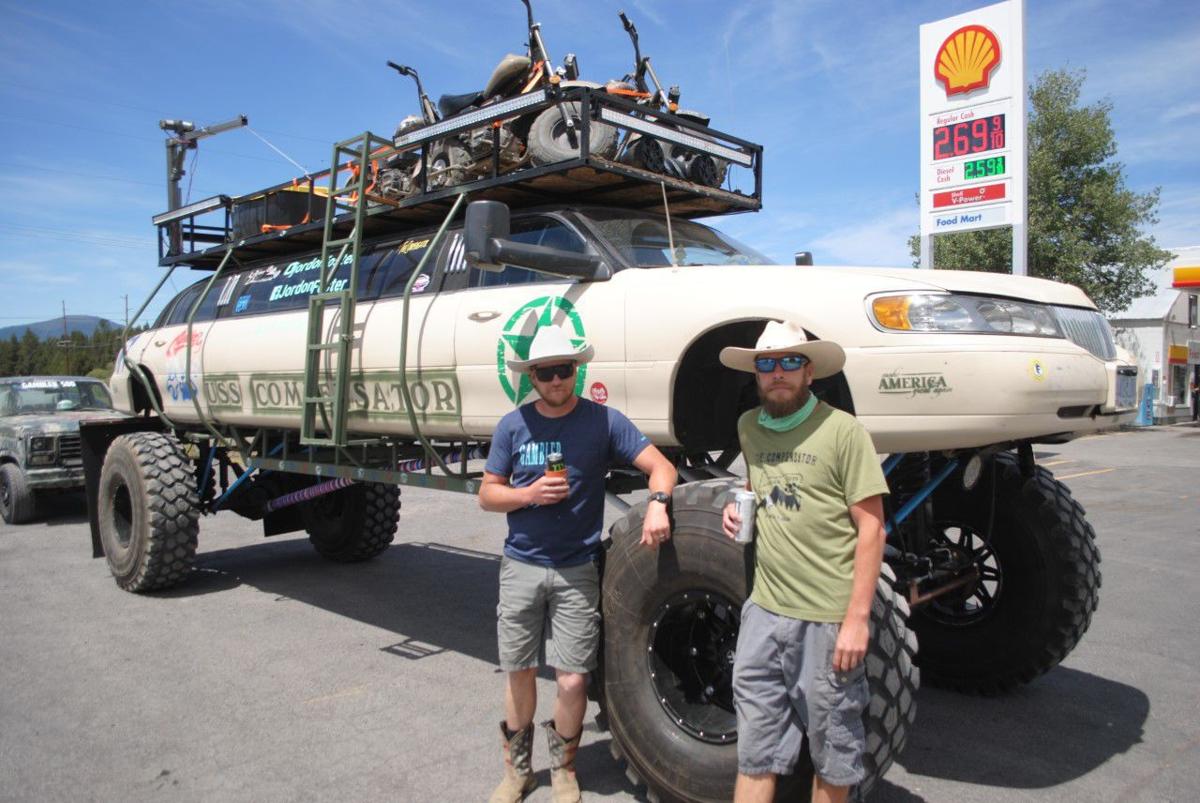 A car flies down the HooptieX track during Klamath County’s Gambler 500.

Boats and other junk were removed from public lands during the event.

Last weekend the Gambler 500 returned to north Klamath County. More than 2,850 attendees from throughout the United States, Canada and Europe brought more than 1,000 vehicles to Gilchrist for the event. The Gambler 500 is a rally style, mostly off-road, navigational adventure. Participants enter whimsical or inexpensive vehicles. While traveling from point to point, they pick up tons of trash and remove abandoned vehicles and boats from public lands.

The Gambler 500 has been described as Burning Man For Eccentric Mechanics. The community service dimension makes it more than that. Adapting to COVID-19 made this year’s Gambler 500 unlike previous ones.

This year there was not the large encampment known as Gambler Town. Instead participants checked in at Gambler Central, which was located in front of the Gilchrist Mall, then made camp at sites located throughout the Deschutes and Fremont-Winema National Forests. The switch to dispersed camping proved a popular change. The HooptieX Track, located a mile south of Crescent, was upgraded. Its popularity among Gambler participants continues to grow.

Jordan Foster and Carl Chapman Jr., both of Klamath Falls, are typical Gambler attendees. They entered their vehicle, USS Compensator, which began as a 2000 Lincoln Town Car that they modified. Chapman and Foster are working to qualify it for listing in the Guinness Book Of World Records. Said Chapman of the Gambler: “Love the Gambler Community. It is as creative as you can get.”

Public lands stewardship is a primary aspect of the Gambler 500. The Gambler is billed as the world’s largest public lands clean-up operation. This year a new record was set for trash collection. Three boats, more than 120 tires and approximately 500 cubic yards of trash were removed from the Gilchrist State Forest, Deschutes National Forest and the Fremont Winema National Forest. Sons Of Smokey is the Gambler’s mechanism for these activities. Tate Morgan, one Gambler’s principals, said regarding Sons Of Smokey, “It’s a 501©(3) nonprofit … 100% of the funds go directly to the collection and disposal of garbage from public lands. We concentrate on Oregon but are looking to expand nationally.”

The economic impact of the Gambler 500 is significant. The Crescent Shell reported that because of the Gambler its sales for the weekend doubled. Area restaurants saw significant increases in business. Rick Ward, manager of the Gilchrist Grocery & Deli, reported that his sales during the Gambler visit were double the sales record set in 2017 during the Eclipse Weekend. He thanked his employees for their service throughout the weekend. Rick Ward said, “Awesome event for the community ... Great people, great organizers … Came out really well. Looking forward to next year.”