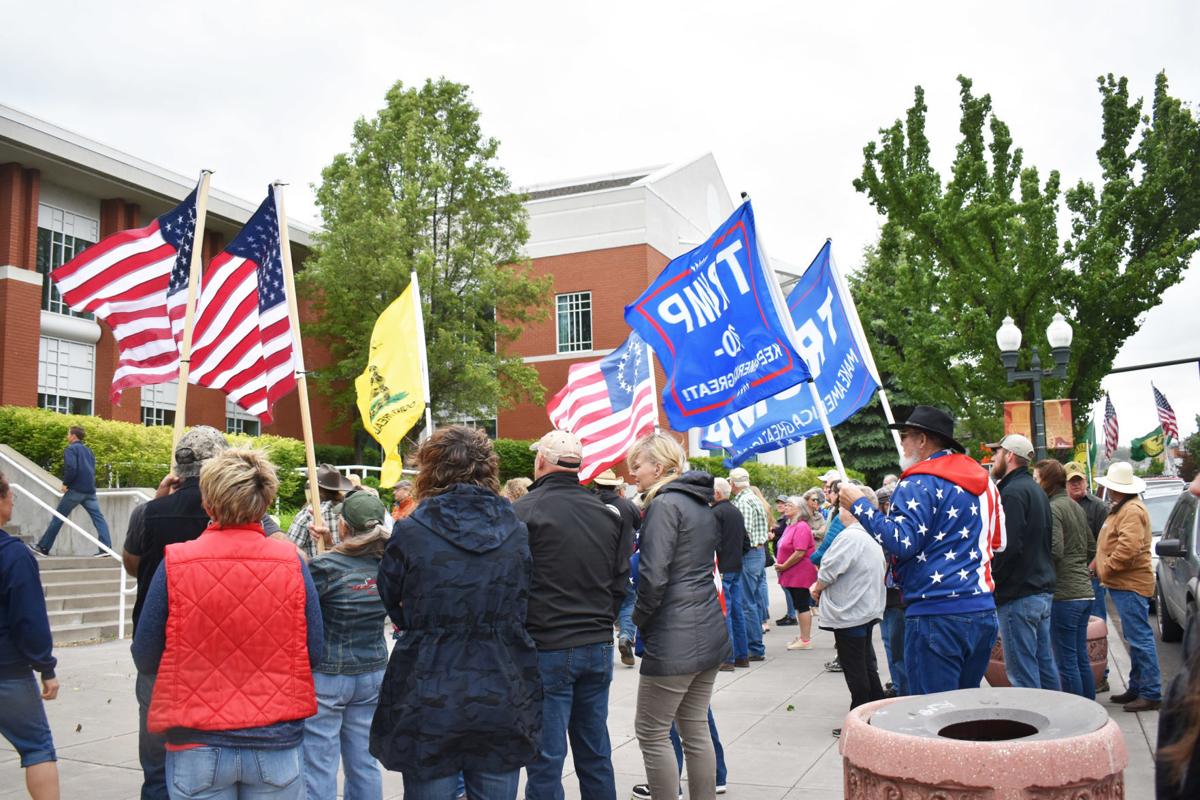 During the Faith and Freedom rally in downtown Klamath Falls Saturday morning, community members brought flags and waved them while worshiping and listening to speakers. 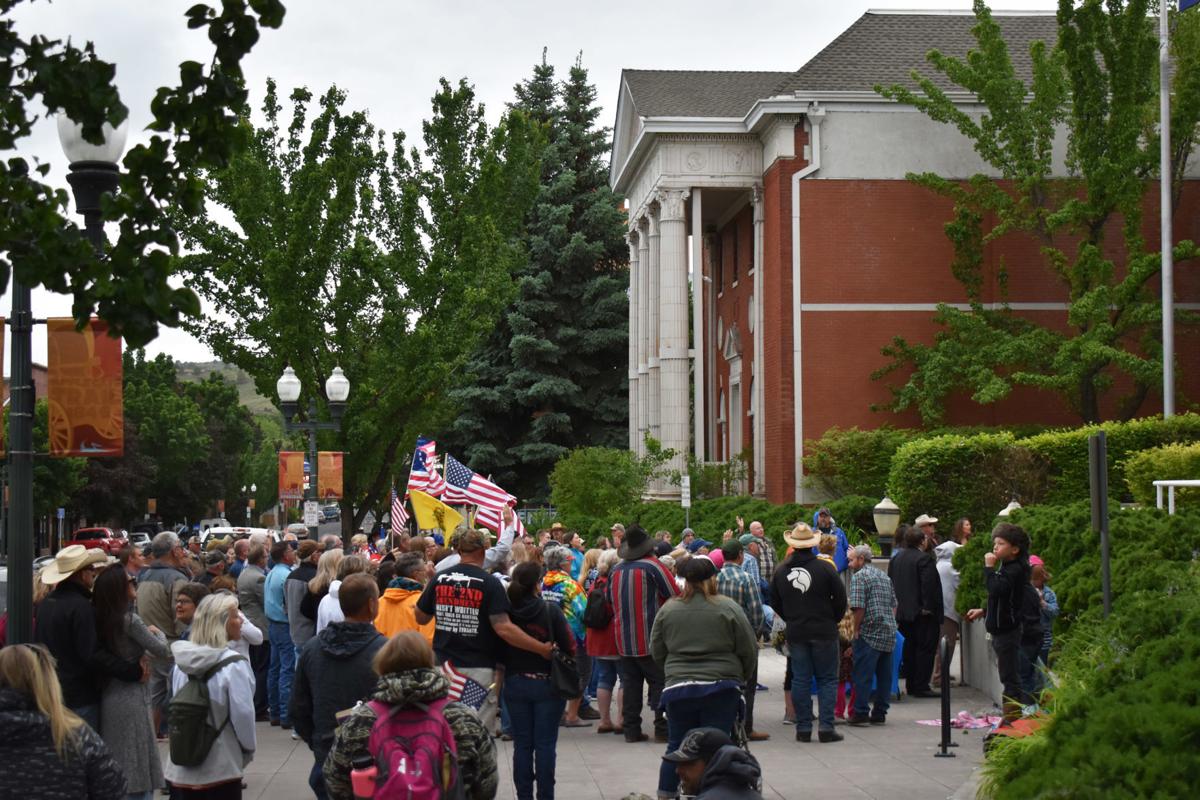 During the Faith and Freedom rally in downtown Klamath Falls Saturday morning, community members brought flags and waved them while worshiping and listening to speakers.

Over 100 people gathered outside of the Klamath County Government Center downtown Saturday morning, many waving flags and decked out in red, white and blue, for a rally to lift restrictions meant to slow the spread of COVID-19 and reopen churches.

The rally kicked off with worship music, the pledge of allegiance, the national anthem and a prayer before speakers, including Representative E. Werner Reschke, Senator Dennis Linthicum, Ray Hacke — the attorney in the lawsuit brought by about a dozen Oregon churches against Governor Kate Brown — and several area pastors, spoke to the crowd about fighting for religious freedom during the time of COVID-19 in the United States.

“What I want to do here today is I just want to encourage everybody to exercise your constitutional rights to gather like we are here and go to church and go to those local businesses that are hurting because of the things that are being done by those that are in power,” event organizer Justin Eary said before introducing the first speaker.

A short downpour of rain drove some who attended the rally to their cars about halfway into the event, but many stuck out the wind, rain and cold that swept in Saturday morning to protest restrictions that have limited church gatherings, despite most of the state being in phase one of reopening.

“True freedom allows for the free exercise of religion, and in our religion, we are told not to forsake meeting with one another,” Reschke said.

“When we see this attack against our churches, the congregations, the ability to fellowship together, the ability to hug one another, to pray with each other, to have those moments of intimacy, that is destructive to our entire culture,” Linthicum said. “I’m so glad to see you guys. You are rock solid warriors.”

Eary closed the rally by encouraging people to get involved and continue to contact their representatives.

Klamath County has been in phase one of reopening, which allows for gatherings of up to 25 people with social distancing since May 15. The county sent a letter to Brown’s office Friday requesting the county move into phase two of reopening. The state hasn’t yet announced much of what phase two would mean, but the state’s website so far states it could allow for gatherings of up to 100 people and limited visitation to nursing homes.

A similar rally drew hundreds in Medford two weeks ago.