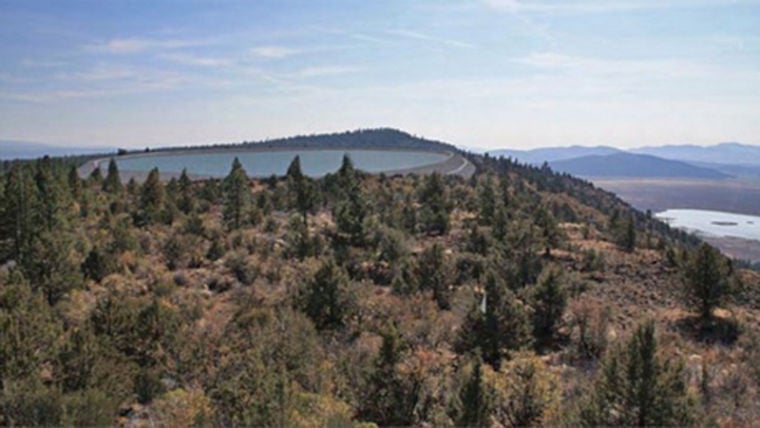 An artist’s rendition shows the upper and lower reservoirs for the proposed Swan Lake hydro plant, a planned closed-loop hydroelectric system to be built 11 miles northeast of Klamath Falls. 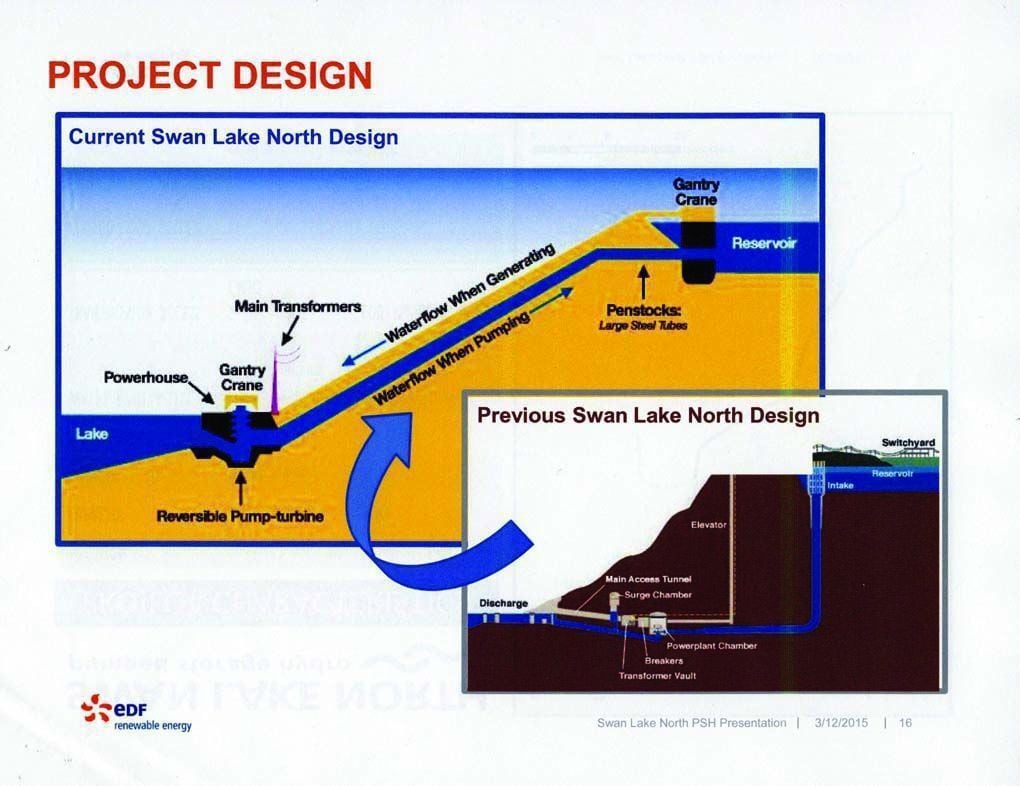 An artist’s rendition shows the upper and lower reservoirs for the proposed Swan Lake hydro plant, a planned closed-loop hydroelectric system to be built 11 miles northeast of Klamath Falls.

The price of the purchase, by Copenhagen Infrastructure Partners from Rye Development, was not disclosed.

The $800 million hydro project would require the construction of a new water reservoir to store electricity. When electricity is plentiful and inexpensive, pumps would push water to the 60-acre reservoir. When demand rises, the facility would release that water over turbines to create electricity.

According to Christian Skakkebaek, senior partner at CIP, the organization teams with developers to make investments “in energy infrastructure assets with a high degree of stability in cash flows.”

Skakkebaek said the organization will oversee contractors, financing, construction and operation of the facility.

The company also purchased a similar project in Goldendale, Washington. Both projects had been joint ventures by Rye Development and National Grid.

“Pumped storage hydro is a unique and valuable asset class that will be a key resource as the global transition to renewable energy continues to accelerate in states such as Oregon,” Skakkebaek said.

Rye will continue to lead development until the start of construction, according to the company.