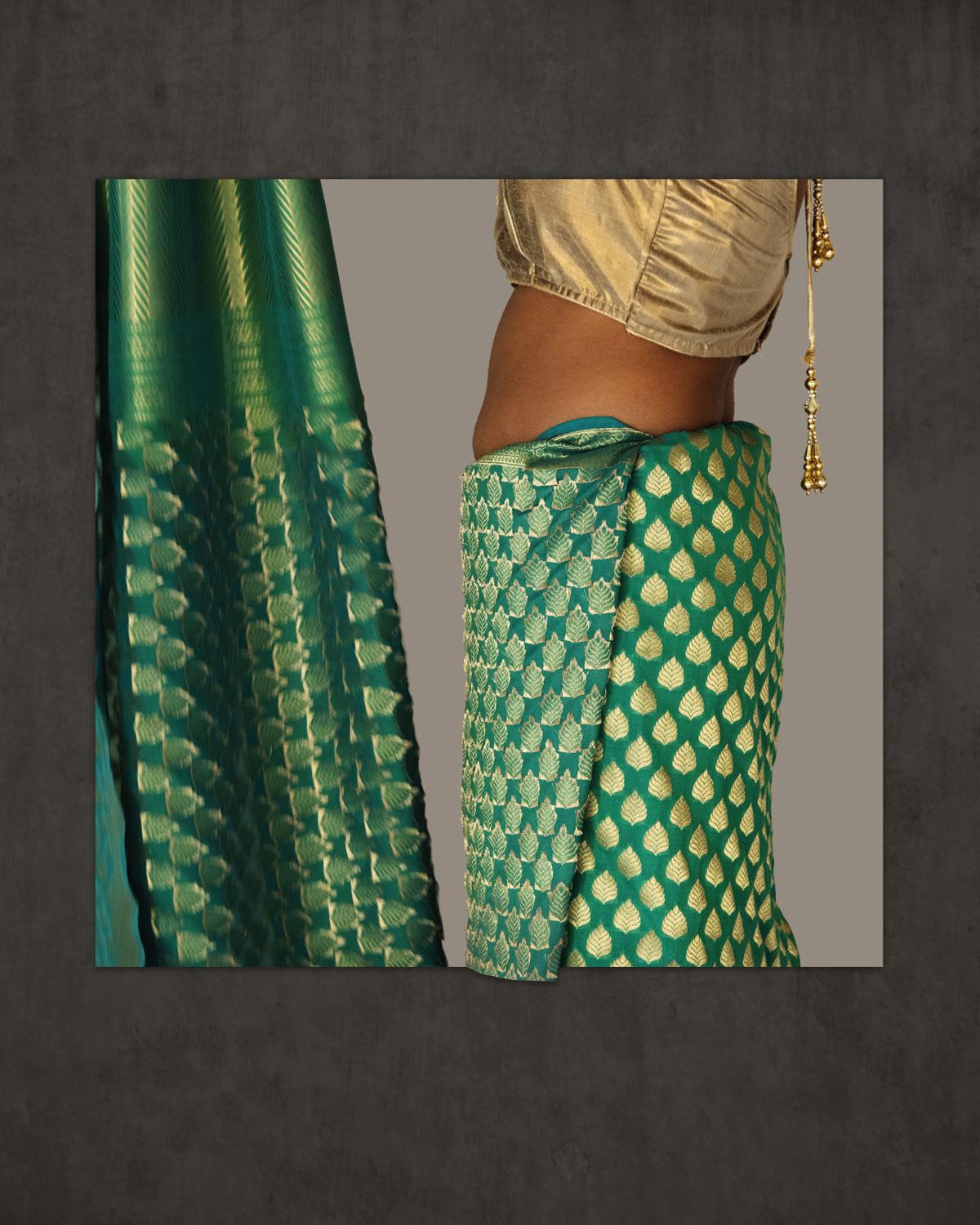 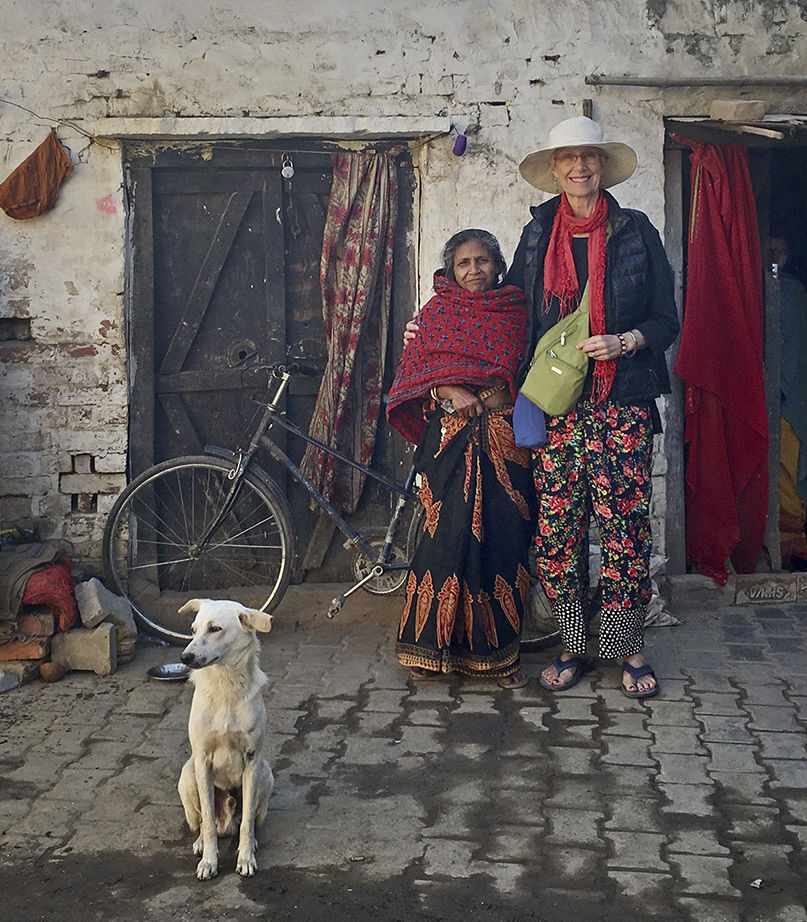 A photo of Madeline Graham Blake while she lived in India. 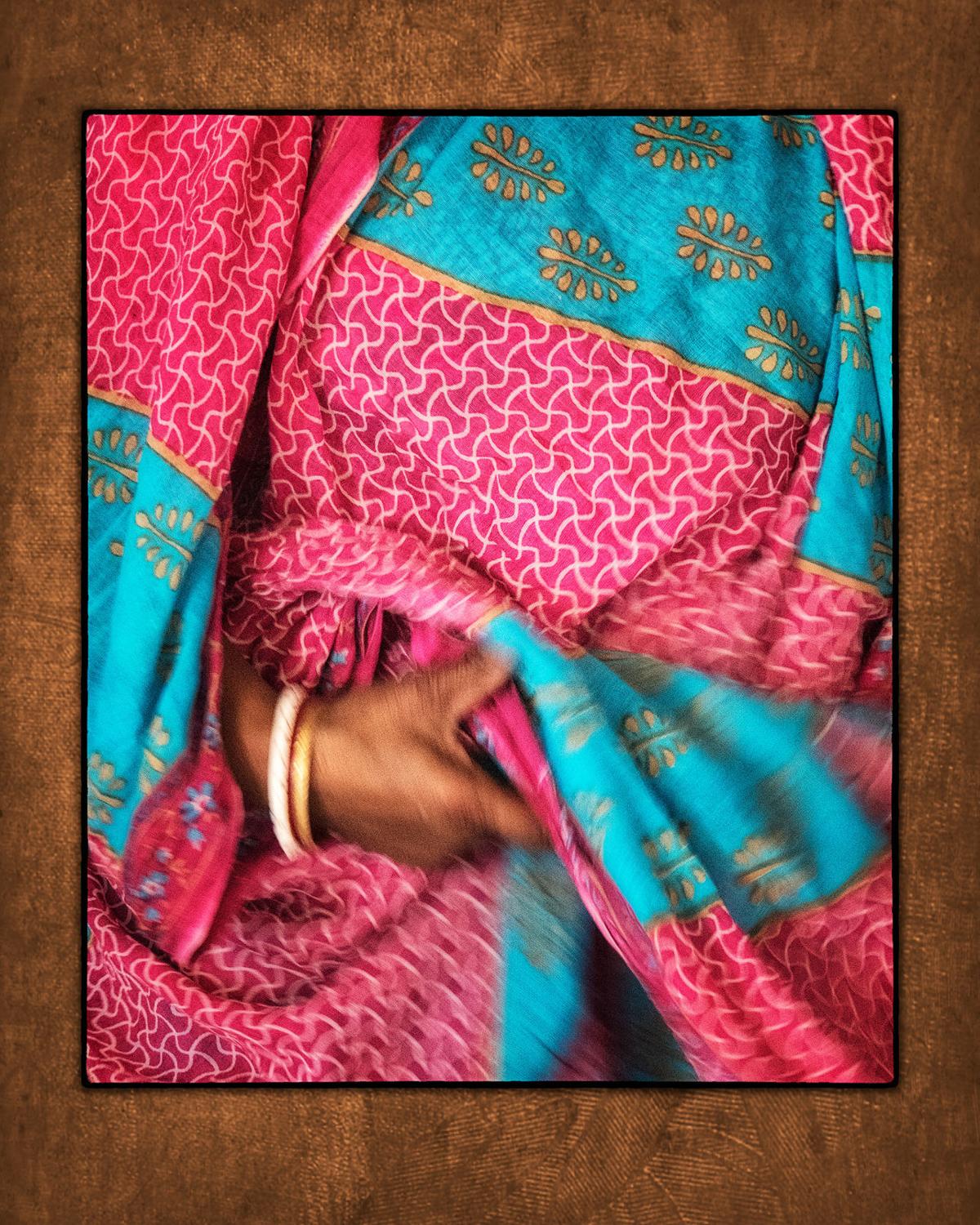 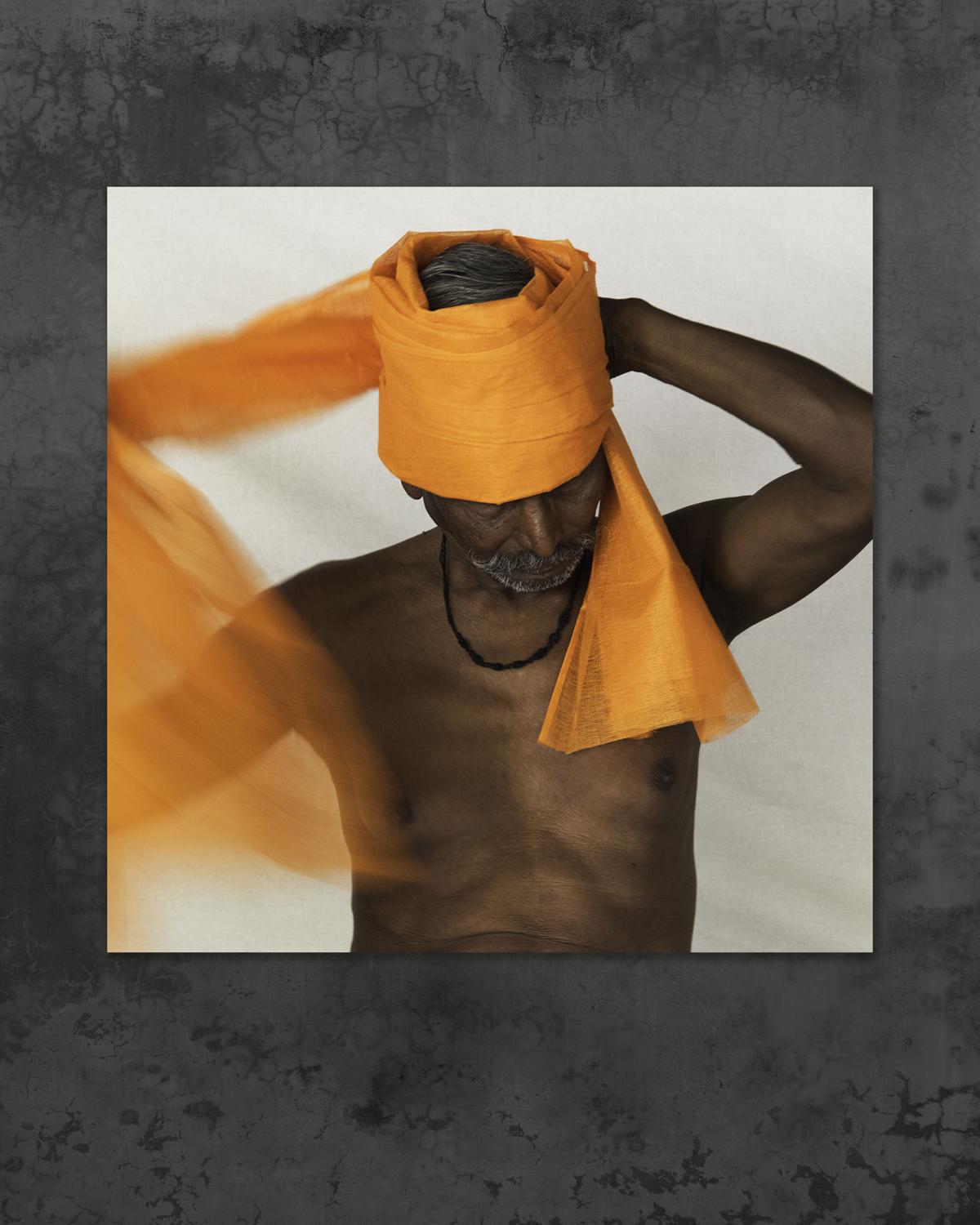 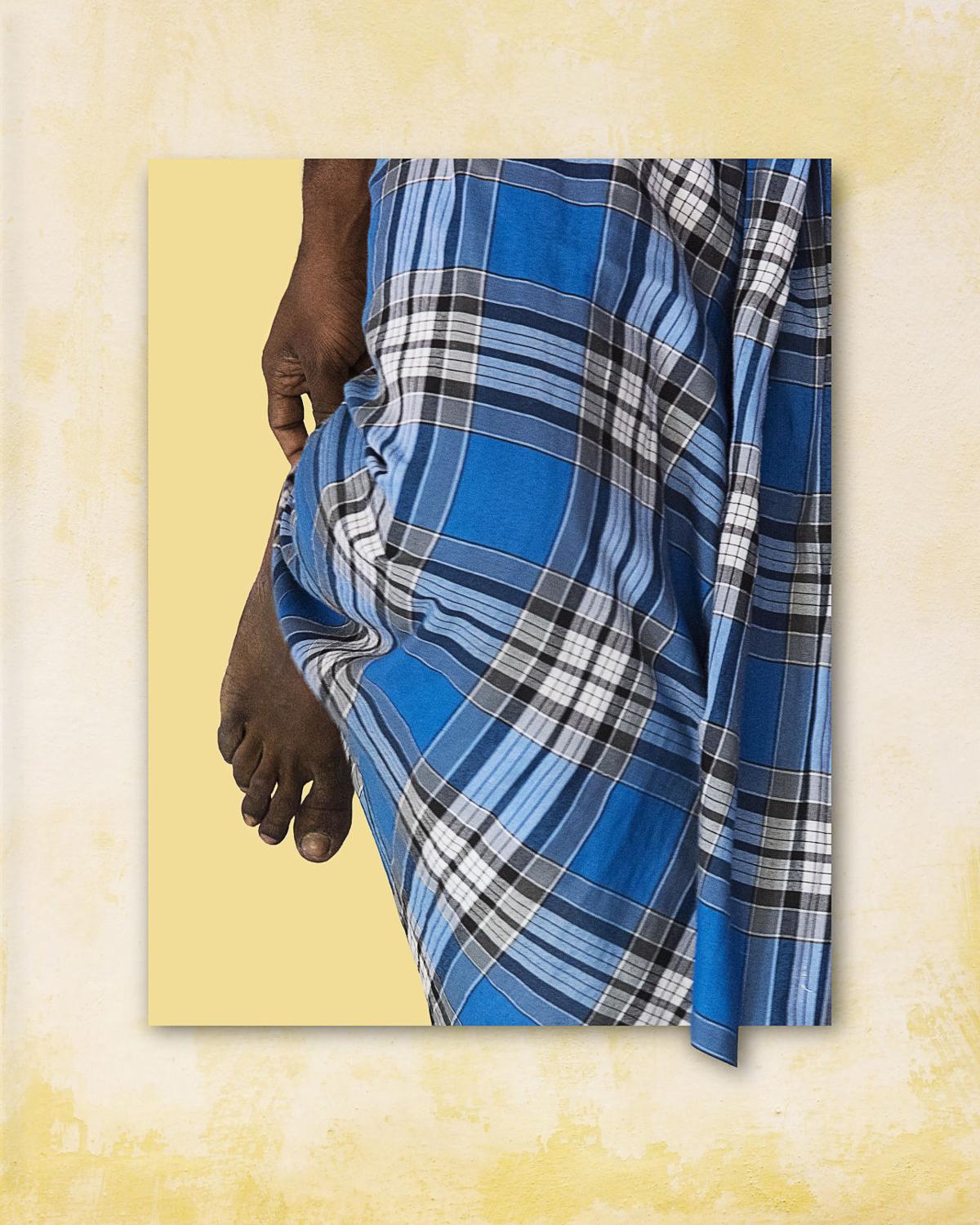 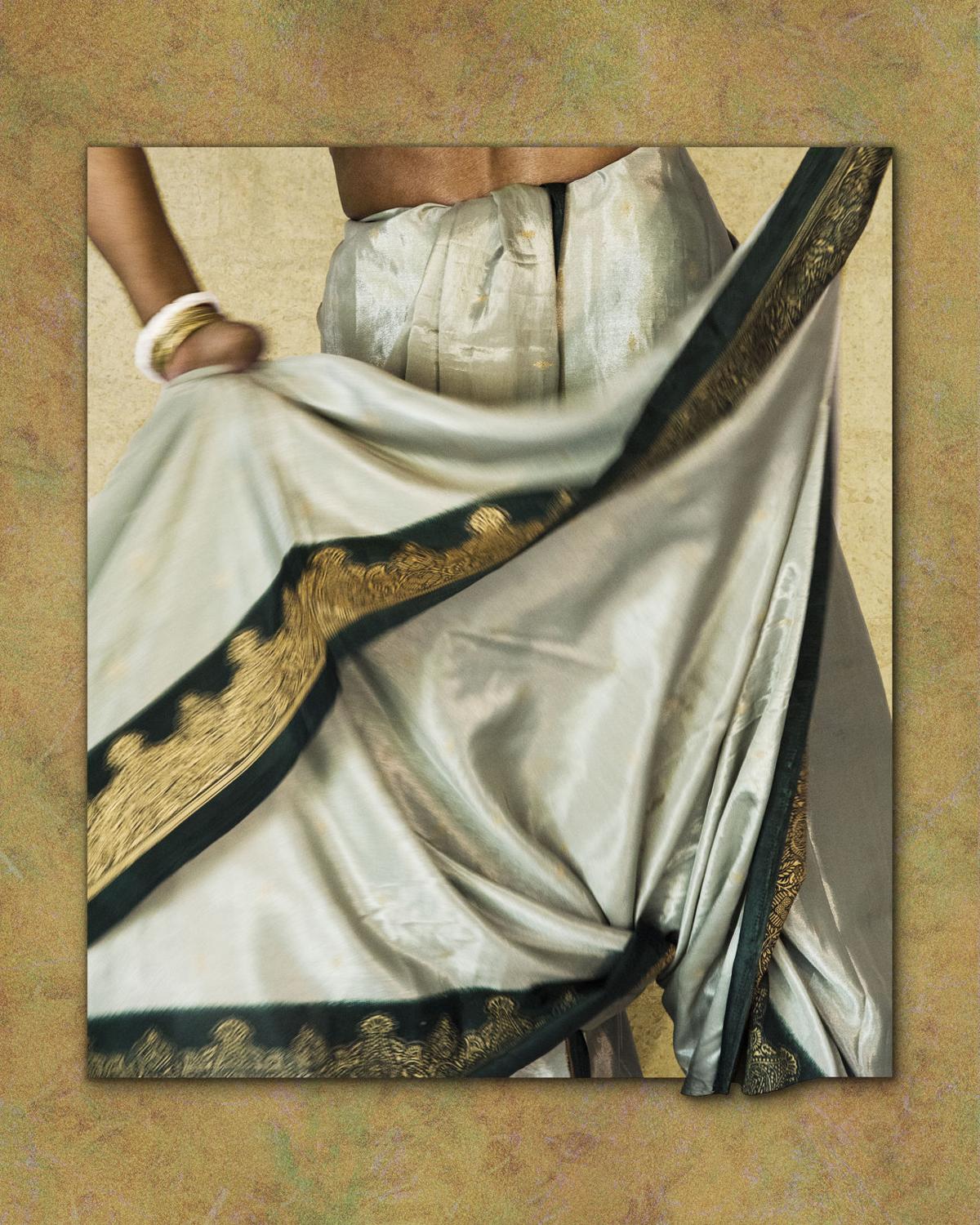 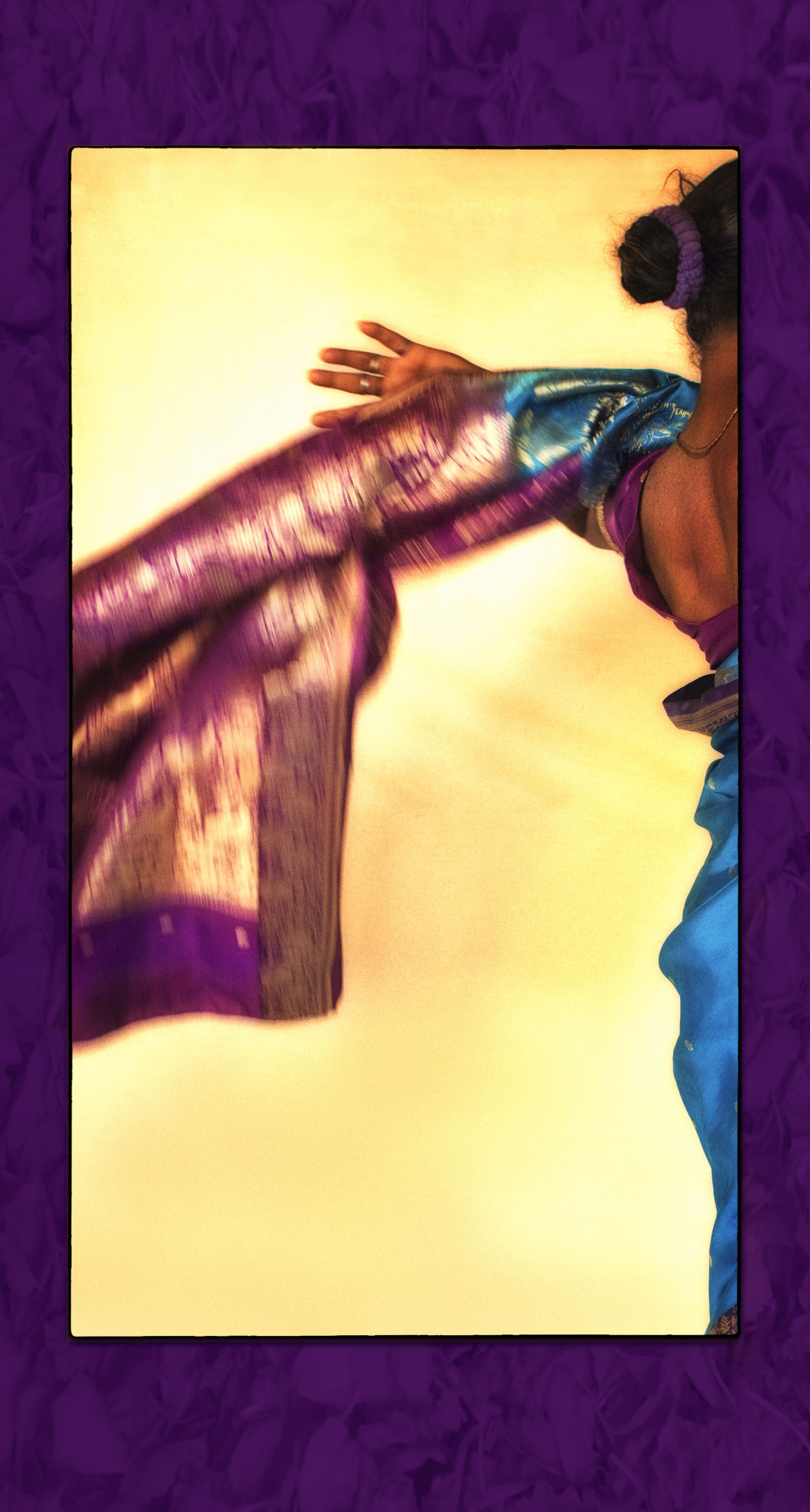 A photo of Madeline Graham Blake while she lived in India.

“Of Fabric and Flow – The Dance of Dressing in India,” will feature a unique presentation of photographs by noted Klamath Falls photographer Madeleine Graham Blake.

The show opens Saturday, June 12 and runs through August 12 at the Favell Museum. It will feature about 50 of Blake’s photographs printed, unusually, on silk and aluminum.

From 2017 to 2019, Blake, a Klamath Falls native, spent months at a time in Varanasi, India, photographing people in traditional clothing.

“These are all very abstract,” Blake said of the images that feature people putting on clothing, including saris, which many women wear. Other colorful clothing types include dhotis, a swath a fabric worn skirt-like by men, and langots, sometimes used as an undergarment but also the official attire of wrestlers, as well as a headwrap called a pagadis.

“You feel the culture and color of the culture,” Blake said of clothing worn by Indians. “In every little area in India they tie the saris different … You can tell where a person is from by the way they wear their saris.”

During her India visits, Blake has stayed in Varanasi, a town on the Ganges River that is at least 5,000 years old and is sacred to Hindus.

“India was not on my bucket list,” Blake said. “Although I have traveled to many places —China, Mongolia, North Africa, Europe and the UK, the Mexican-American borderlands, and the American West — I was completely intimidated by the very thought of India. Nonetheless, when my friend, Judith Jensen, asked if I wanted to go with her while she did some research on a book she was writing, I said yes without hesitation. It was one of those cases of ‘Why not?’”

While traveling in northern India in 2017, she and Jensen attended an art show at the Kriti Galley in Varanasi, where they met and were befriended by the manager. They both applied for and were accepted into an artists’ residency program. Blake later became sick with an enflamed gallbladder and was hospitalized. During her extended home stay she became interested in the people and their clothing.

When she returned a year later, Blake began a project titled, “One Month and Seven People” based on, “The concept that I would photograph seven people from various walks of life … six days of the week for one month.” When asked by the gallery owner, “What interests you here?” Blake said she was fascinated and baffled how women keep their saris on. With the galley owner’s encouragement, that became Blake’s topic.

“They are working, often at hard labor, bicycling, carrying children, cooking. I wrap myself in a towel at the pool, folding it over so it stays in place, and by the time I get to the shower, it has fallen off,” Blake said. “Thus began an inquiry into the subject of dressing in traditional clothing in India. As it turns out, it is a captivating subject of unsuspected depth.”

Traditional clothing in India is made of a simple piece of yardage and, as she learned, reflects the county’s history. She also learned, and dealt with, taboos involving photographing women.

“Posing in front of the camera while putting on one’s clothes is considered a very risqué behavior. Only married women could participate, with permission from their husbands who, of course, wanted the money I was paying. Even so, we had to strike a deal: I would not photograph the women’s faces. Muslin was stretched between two poles to create a baffle at head level. I could not see their faces and they were comfortable that I wasn’t photographing them.”

Despite the limitations, Blake said, “The final work was not about the person — it was not a portrait. Instead, I focused on the movement and the fabric. It didn’t take but one session to realize that putting on traditional Hindu clothing is very different from our Western ways of dressing. It is a very specifically choreographed practice that takes time and focus: it is a meditation.”

Blake said a goal of her show is to present a mostly unseen and unknown aspect of a different culture.

“This is a real significant exhibit and we are hoping to celebrate the Indian culture in Klamath Falls,” Blake said, emphasizing, “It’s a fun show. I think kids will like it because of the color.”

Along with her photos, the exhibit will include a video of women from different regions of India putting saris and, because India is suffering from the Covid-19 pandemic, a way to make donations to a group coordinating vaccination efforts.

“I’m pleased to be bringing a cultural perspective of India to the Favell,” Blake said of her show. “Without a shadow of doubt, India is one of the most important places in my life. There is some very real and profound to spend time there. This is a celebration of color.”