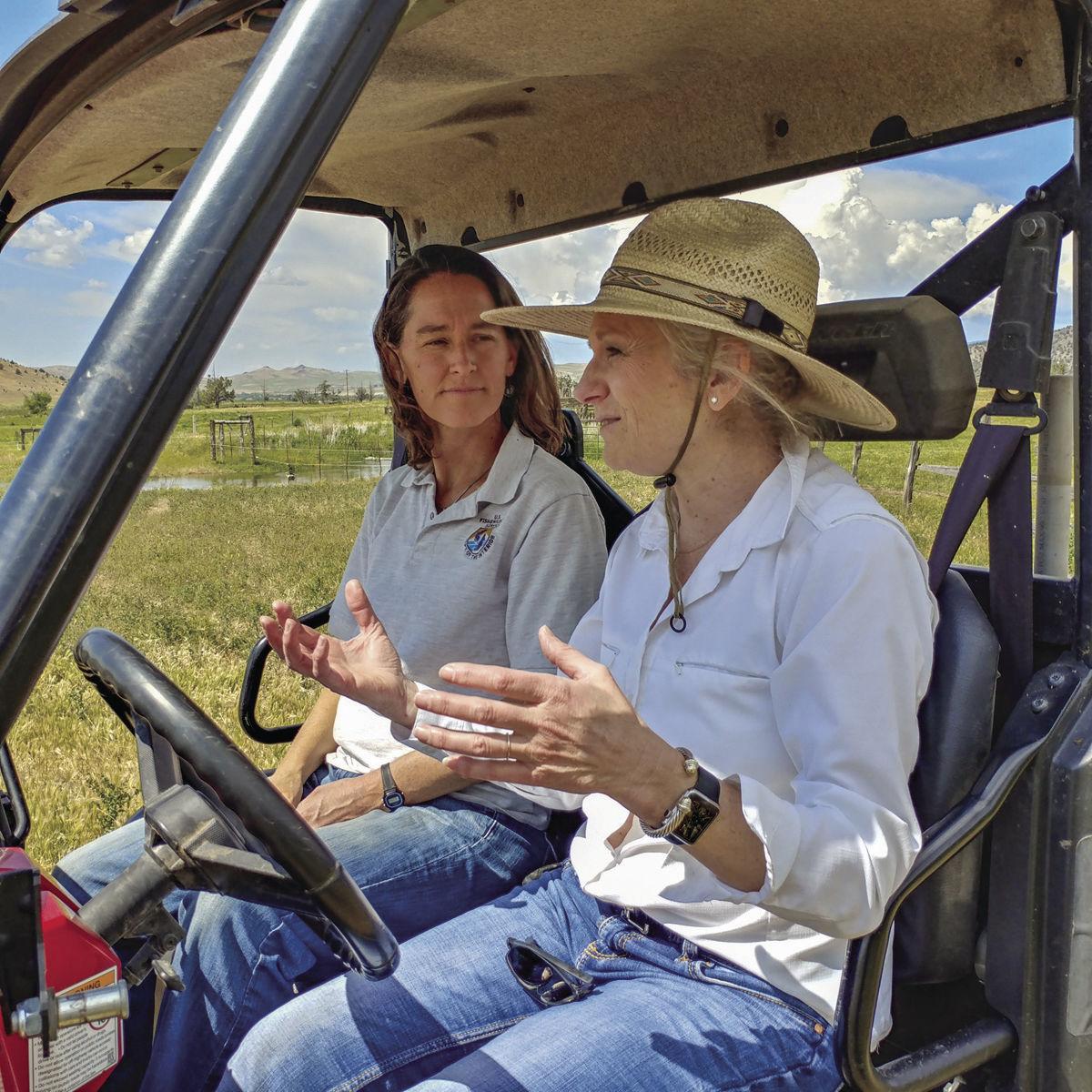 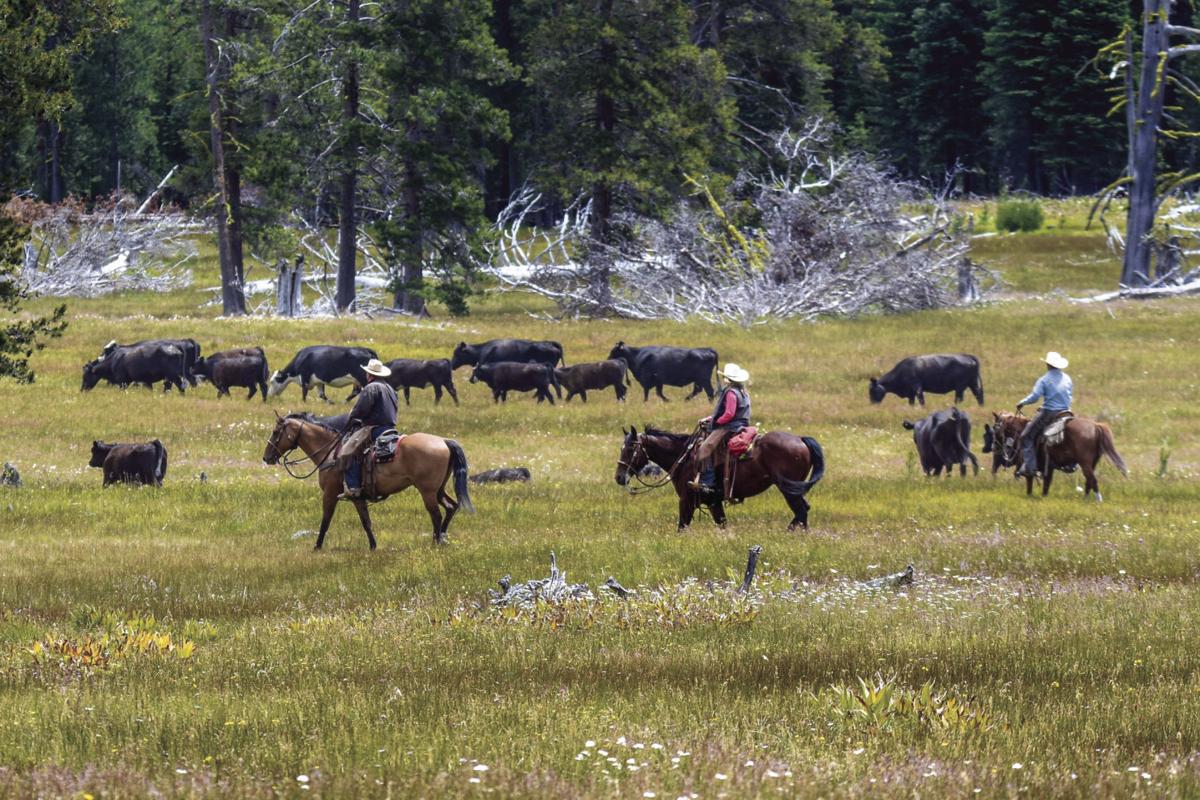 The Harts move their beef cattle from the Shasta valley to a summer pasture on the high elevation Butte Creek Ranch property, which lies to the north of Mt. Shasta.

The Harts move their beef cattle from the Shasta valley to a summer pasture on the high elevation Butte Creek Ranch property, which lies to the north of Mt. Shasta.

YREKA — In the shadow of Mount Shasta lies the Butte Creek Ranch, its alpine meadows carpeted in grass sprinkled with wildflowers and bordered by forest. Cows and calves doze in a clearing as an eagle soars overhead.

For over 160 years, this summer scene has played out for six generations of the Hart family. Their ranching legacy began in 1852 when Louisa Hart arrived in the Shasta Valley with her two toddler sons to start a new life working the land. Recently, the Harts guaranteed the continuation of this legacy by working with the U.S. Fish and Wildlife Service to develop a plan that balances their land use with conserving the rich natural resources of Butte Creek.

In 2015, Blair Hart and his wife Susan approached the Yreka Fish and Wildlife Office about developing a Safe Harbor Agreement for the Butte Creek Ranch. Safe Harbor Agreements are voluntary agreements between landowners and the Service to promote conservation actions on private property that benefit species protected under the Endangered Species Act.

Service biologists Robert Carey and Jennifer Jones worked with the Harts to create an agreement, the first for the Yreka office. Carey understood the importance of the agreement in providing suitable habitat for listed species such as the gray wolf and northern spotted owl.

“The nearly 3,500 acre Butte Creek Ranch is relatively undeveloped, remote and rich in natural resources including perennial water sources and a mix of dense forest and open meadows,” Carey said. “Through Safe Harbor Agreements, landowners can put their conservation ethic to work, confident that their efforts will not result in increased restrictions on how they can use their land.”

Through the years, the Hart family has balanced wildlife and habitat enhancement with their ranching activities. This is reflected in their business motto of building a property stewardship program that encompasses wildlife habitat conservation and management techniques while raising superior quality beef through humane and sustainable processes. For the Harts, this means their cattle are not just raised for profit, they are part of their overall land management strategy.

“This ranch is more than just a piece of land, it’s part of the larger landscape,” said Susan Hart. “Our cattle are not only our livelihood but an important tool for achieving our stewardship strategies on that landscape.”

To ensure the family cattle business is compatible with listed species protected under the agreement, the Harts will maintain low levels of human activity on the property. They will limit vehicle traffic, recreational use and noise disturbance.

They will also continue to conduct meadow restoration projects that will improve habitat for deer and elk, the primary prey of wolves in this area. The Harts have been using cutting-edge livestock husbandry practices and non-lethal methods to avoid potential conflicts with wolves and will continue to use those under the agreement.

Even though northern spotted owls have not been detected on the Butte Creek property, the Harts’ timber management activities will benefit the species by creating and managing a more complex forest.

The plan is to thin younger, dense tree stands to decrease the risk of catastrophic wildfire and allow more space for owl movement.

The agreement also requires retaining larger trees and snags with cavities for owl nesting habitat. The Harts will conduct surveys prior to timber operations and employ measures to avoid disturbance during the spotted owl and gray wolf breeding seasons.

In exchange for their conservation efforts for both species, the Harts receive assurances from the Service that their property will not be subject to additional federal regulations.

This year, the Harts were granted a 50-year enhancement of survival permit as part of the agreement. The permit allows the family to conduct small-scale non-commercial timber harvest and cattle grazing operations while providing opportunities over the next five decades for listed species to establish territories on Butte Creek Ranch.

“We want Butte Creek Ranch to remain much as Louisa Hart managed it until her death at age 87,” said the Harts. “The Safe Harbor Agreement is integral to our future vision for the ranch. It allows us to maintain a viable business while ensuring enhancement of forest and wildlife resources.”