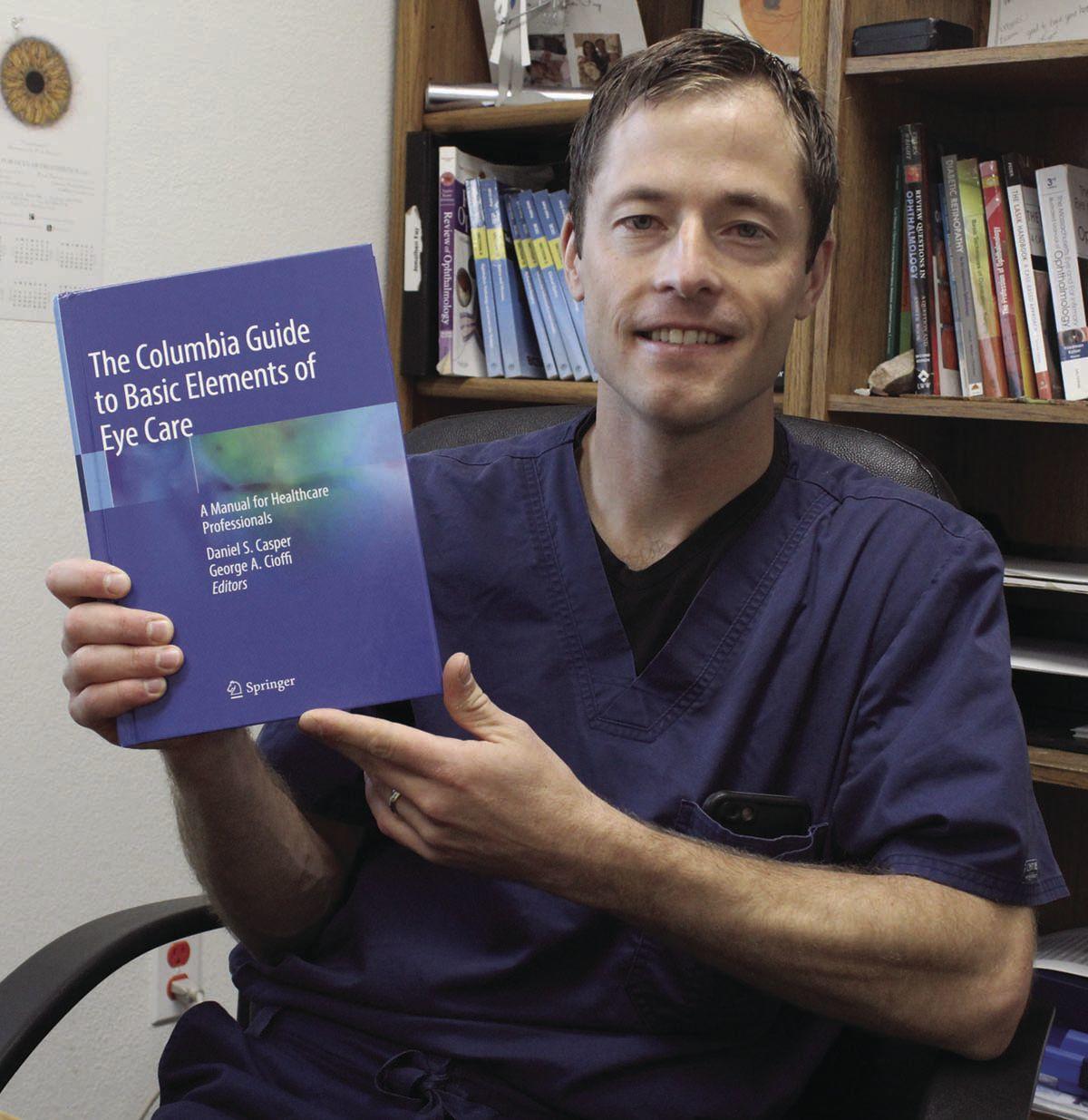 Dr. Jonathan Fay co-authored a paper in the Columbia Guide for eye care regarding corneal transplants, which he conducts in Klamath Falls. 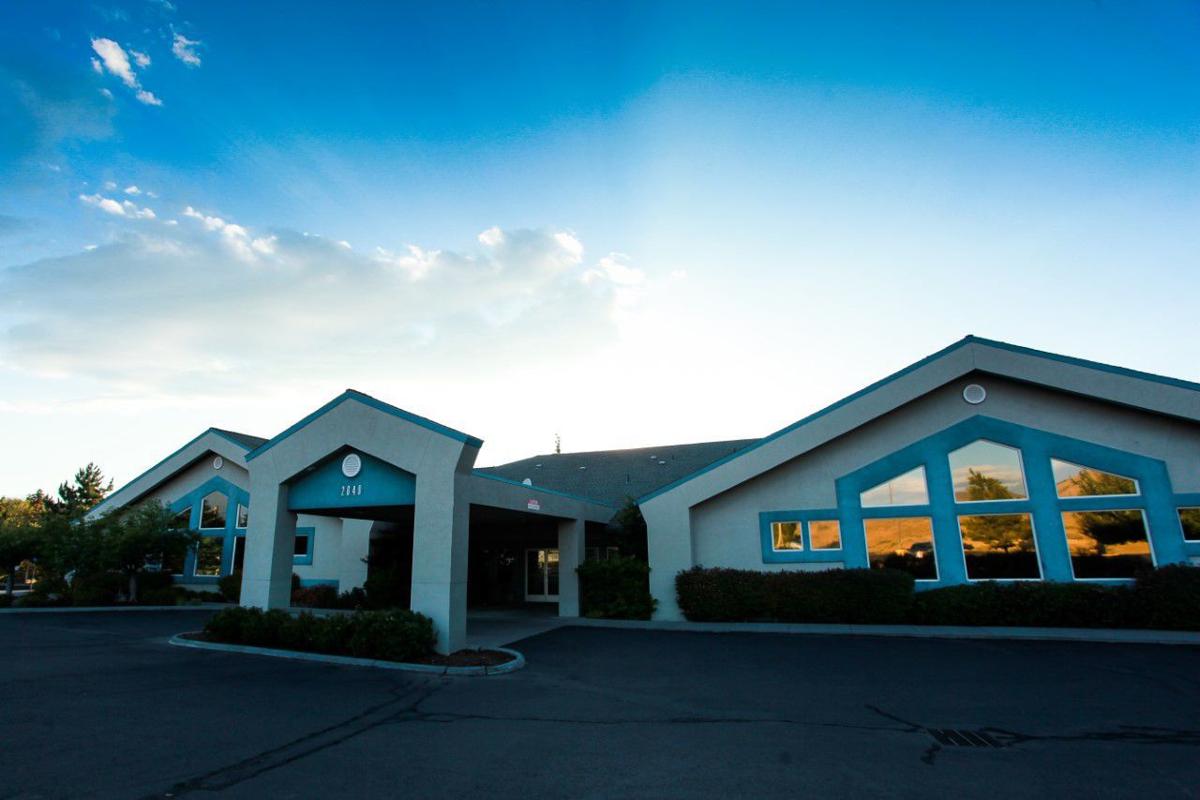 Dr. Jonathan Fay co-authored a paper in the Columbia Guide for eye care regarding corneal transplants, which he conducts in Klamath Falls.

These days, one may tend to become blazé when it comes to the range of available surgeries employed to repair the human body. Knee and hip replacements almost seem run-of-the-mill. That’s thanks to tremendous advancements in technology, equipment and training.

But having an expert in eye corneal transplants in Klamath Falls — only one of three in all of Southern Oregon — is rare indeed.

Ophthalmologist Dr. Jonathan Fay of the Klamath Eye Center is trained in eye corneal transplants, with much of it demanding a steady hand and precise incisions, rather than allowing computers and lasers to do the brunt of the work.

In general, corneal surgery is for the failure of the cornea, which covers the pupil of the eye and acts as a lens that allows light into the eye as a well as a protective cover.

The cornea is the transparent tissue at the front of the eye that covers the anterior chamber, iris and pupil. It served as a barrier to the outside world and is an important refractive component in the optical system of the eye.

Without a clear, healthy cornea, good vision is not possible.

“It’s frequent enough in our county that it’s worthwhile to invest time and energy into doing these surgeries here,” Fay said. “Part of the value of offering the surgery locally is the readiness and access to post-operative care which for transplants is sometimes as important as the surgery itself.

“If it wasn’t here, patients would likely go to Medford or OHSU.”

The surgical center conducts about 1,500 eye and laser surgeries per year, such as cataract surgery, glaucoma treatment, diabetic retinopathy treatment and about 200 other surgeries a year. About 44,000 corneal transplants are performed in the United States annually.

For many patients, a corneal transplant means a return to near-perfect vision. However, some situations requiring transplant are quite complex and both the surgery and recovery pose a challenge to full vision recovery. Corneal transplant is usually an outpatient surgery, meaning the patient can return home after the procedure.

Damage or infection to the cornea can happen at any age, Fay said.

“It is not unusual to do a transplant for someone who’s in their 20s, 30s or 40s, although it is less common these age groups.”

All corneal transplants require a donor corneal graft, obtained from cadaveric donor eyes. Healthy corneas are removed from deceased donors then screened and processed by an eye bank such as Lions VisionGift in Portland. Corneas ready for transplantation are shipped to the surgery center on an individualized basis.

In recent years, a variety of new procedures have been introduced in an attempt to improve the outcomes of corneal transplant surgery.

Much as with general surgery and the use of laparoscopic procedures, one of the major advances in ophthalmic surgery has been the development of techniques that employ remarkably small incisions, thus greatly reducing complications and accelerating healing, Fay said.

Modern surgical techniques in endothelial keratoplasty generally include the placement of a bubble of air or sulfur hexafluoride gas in the anterior chamber of the eye to hold the graft tissue in place during initial stages of healing. This bubble is naturally resorbed within one to five days after surgery.

Corneal transplantation is most commonly performed under monitored sedation anesthesia, although general anesthesia is considered for some cases. The duration of the surgery may range from 1 to 2 hours and it is performed on an outpatient basis with patients returning to their home the same day.

Based on recently published data, the most common indications for corneal transplantation include Fuchs hereditary endothelia dystrophy, keratoconus (an asymmetric, bulging of the cornea), and repeat corneal transplantation. Other indications include microbial infection, trauma, other corneal dystrophies, congenital opacity, and corneal changes after refractive surgery, pterygium and other causes for corneal scarring.