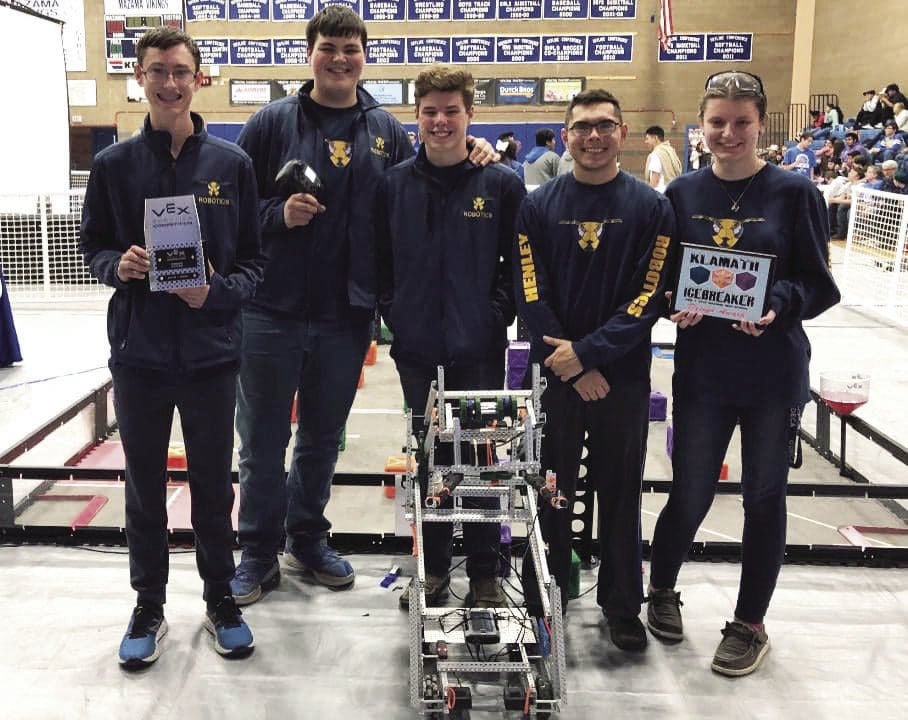 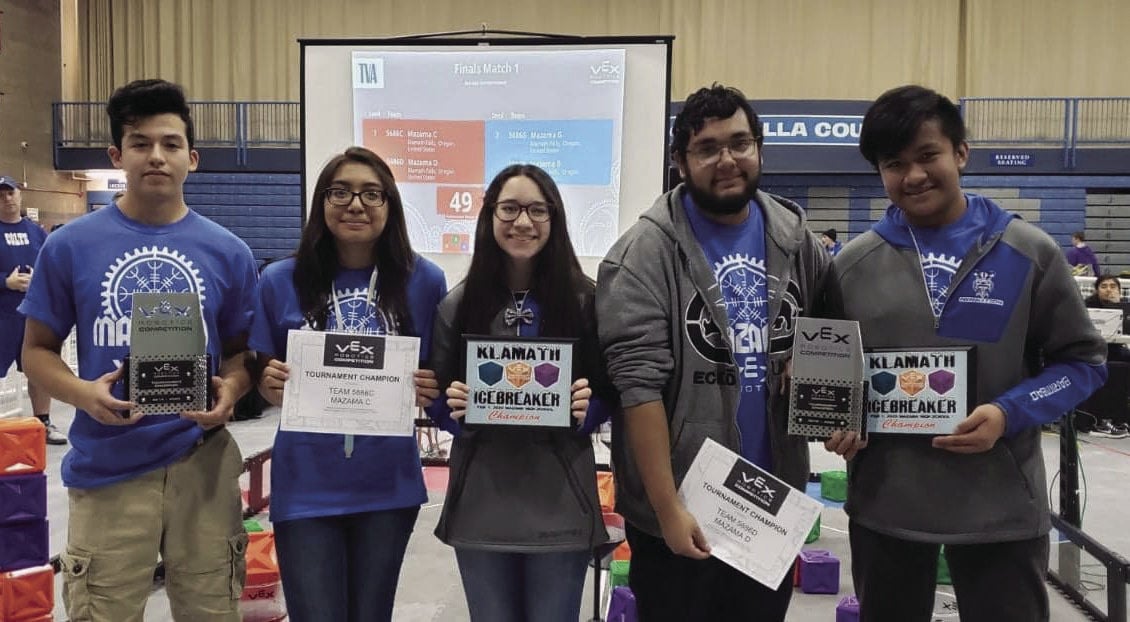 One Henley team struggled with a dead battery. A Lost River team was trying to figure out why a gear ratio kept breaking. Another team had to adjust its robot’s claw so it had a better grip.

Problem-solving is just one of the skills needed to compete in VEX robotics, which challenges teams to build robots to perform specific tasks. This year, the competition included building towers with colorful blocks.

“The game is harder this year,” explained Annabelle Ross, a second-year robotics competitor from Lost River Junior-Senior High School. “In order to score a lot of points, you have to build a complex robot and that takes a time.”

Laura Nickerson and Laurie Ross, robotics coaches at Mazama and Lost River, organized the event for the first time last year to provide a tournament opportunity for teams in southern Oregon. Most VEX tournaments are in the northern part of the state.

Robotics tournaments involve several rounds of competition, final alliance rounds, where two teams choose to work together, and judging of team notebooks and robots. Competition also includes an autonomous round, where the robot performs a task based solely on programming.

Volunteers from the community helped with judging – teams must answer questions about their robot from a judge – as well as set up and announcing. Robotics and engineering students from Oregon Tech and Klamath Community College were on hand to help as well.

Both Nickerson and Ross say hosting a tournament locally provides an opportunity for younger students and community members to engage in robotics.

“When our left drive motor was spinning faster than our right driver motor, we had to go into the code to fix it,” he said.

Henley High School is offering competitive robotics for the first time this year, and had two teams at the tournament. Robotics coach Kristi Lebkowsky was pleased with the way both teams competed. “They did really well, especially since it was their second competition ever,” she said. “They’ve only been in competition robotics for four months.”

Emma Wilkinson was on a Henley team that struggled with a dying battery during the tournament, but they managed to make it work. She and her teammates are all in their first year of robotics.

“In the beginning, the hardest part was communication,” she said, “and figuring out proper intake systems.”

For Mazama High School twins Mark and Matthew Elfbrandt, robotics provide a way to work together. Mark is the builder; Matthew is the programmer. Both love the competition and spend about 15 hours a week working on robots.

“It’s exciting to see your own creation do well, especially after you put so much time into it,” Mark Elfbrandt said.

“I like the challenge — and the coding. And you get to see if your creation works,” added Matthew Elfbrandt.