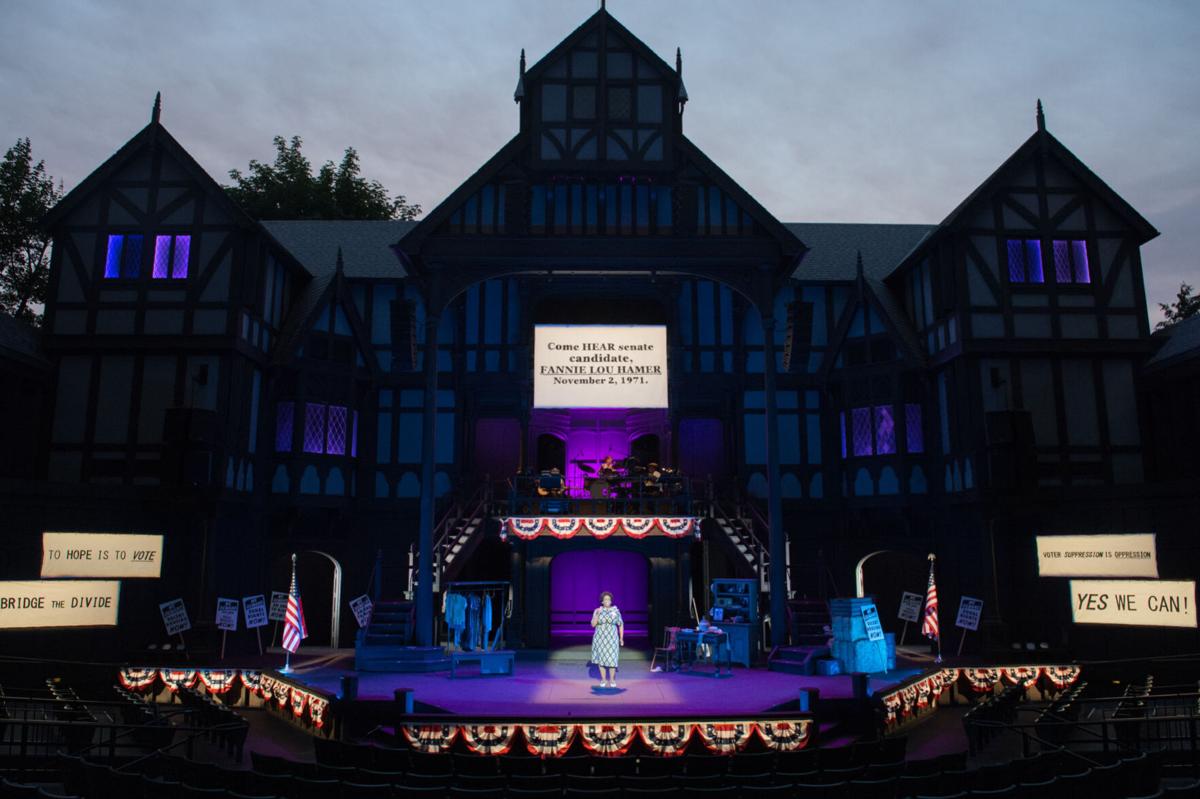 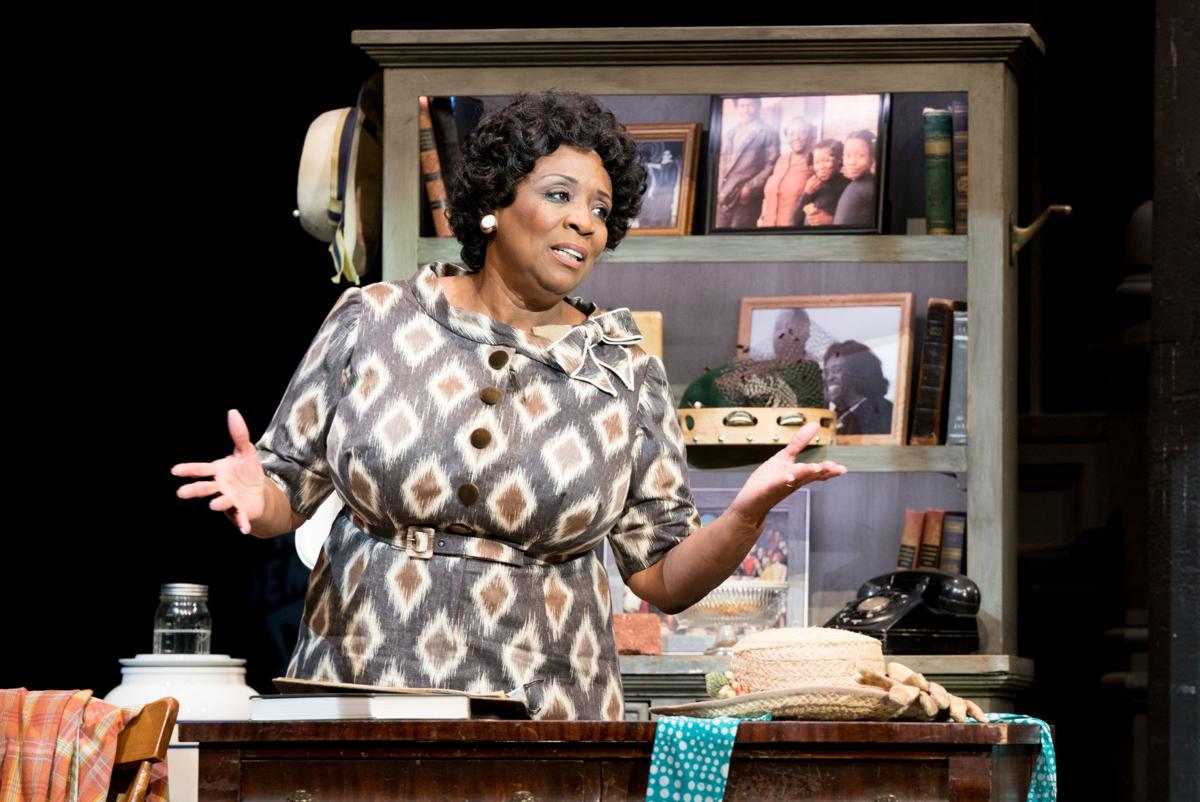 ASHLAND – After a nearly two-year hiatus because of the COVID-19 pandemic, a play is being presented on the outdoor Allen Elizabethan Theatre stage at the Oregon Shakespeare Festival.

“Fannie: The Music and Life of Fannie Lou Hamer,” opened over the Fourth of July Weekend and is the only play planned for the pandemic-abbreviated spring-summer season.

Written by Cheryl West and directed by Henry Godinez, “Fannie” traces Hamer’s eventually successful efforts to allow Black people to vote in racist Mississippi. Hamer’s activism began in 1962 with the play zipping through a horrifying series of efforts by racists, including police, political leaders and courts, aimed at preventing Hamer’s efforts to allow herself and other Blacks to register and vote.

Butler’s power-packed performance is made more so by her preaching-like manner of speaking and her rousing gospel-flavored singing, including soulful anthems like “I Love Everybody” and “I’m Going to Let it Shine.”

But, because “Fannie” is a history play, it tells of the troubled, terrifyingly horrific times when Hamer, other Blacks and civil rights movement members were brutally beaten, shot, harassed, arrested and convicted on trumped-up charges.

Throughout the struggles, Hamer persists, never yielding despite relentlessly vicious oppression. Not revealed or explained in the often too-quick-to-catch dialogue are appalling aspects of racial oppression, including a “Mississippi appendectomy,” when Hamer, like other Blacks, without consent was subjected to a forced sterilization while undergoing surgery by a white doctor for other ailments. One of her two adopted daughters died of internal hemorrhaging after she was denied admission to a Mississippi hospital because of Hamer’s activism.

Hamer’s life is a textbook of activism, from co-founding the Mississippi Freedom Democratic Party, involvement with the Student Nonviolent Coordinating Committee and Southern Christian Leadership Conferences and her unsuccessful but groundbreaking efforts to run for the U.S. Senate.

“Fannie” is powerfully acted and excellently produced. But it’s obvious most audience members, me included, on opening night and likely throughout its run have little or no advance knowledge of Hamer.

The play could have more impact if the Festival would provide at least a brief written telling of her history in handouts to audience members before the play. If planning on seeing the play, I recommend doing some advance research and reading. That knowledge will help place the extremely fascinating, revealing story of Fannie Mae Hamer in a better-to-be-appreciated context.

The Oregon Shakespeare Festival will offer outdoor concerts in the Allen Elizabethan Theatre on Wednesdays at 8 p.m. from July 21 through Oct. 6. The concerts will feature some Festival performers from past years along with new acts from the Rogue Valley. For tickets visit the Festival box office.

In addition to “Fannie,” the Festival will offer its first-ever holiday-season special, “It’s Christmas, Carol!,” written by OSF performers Mark Bedard, Brent Hinkley and John Tufts and directed by Pirronne Yousefzadeh from Nov. 23 through Jan. 2, 2022. Tickets will go on sale in the fall.

When the Oregon Shakespeare Festival opens its summer season on the outdoor Allen Elizabethan Theatre, it’s a time for celebration with a sold-out house eagerly anticipating a dazzling, well-produced Shakespeare themed play.

Not last year. Not this year. No plays were offered on the Elizabethan stage in 2020 because of the COVID pandemic. This year only one show, “Fannie: The Music and Life of Fannie Lou Hamer,” is being offered outdoors or indoors. And, because of lingering COVID-related concerns, only a few hundred of the theater’s nearly 1,200 seats are being allowed to be occupied — though that is changing to full capacity, unmasked audiences starting July 14.

The limited attendance created a subdued, somewhat surreal atmosphere. It actually felt more like a dress rehearsal than a typical bubbling, energy-charged opening night. Even outside the theater the mood was subdued.  There was no pre-play Green Show, which typically attracts crowds of playgoers and community members on the Bricks outside the Festival’s three theaters.