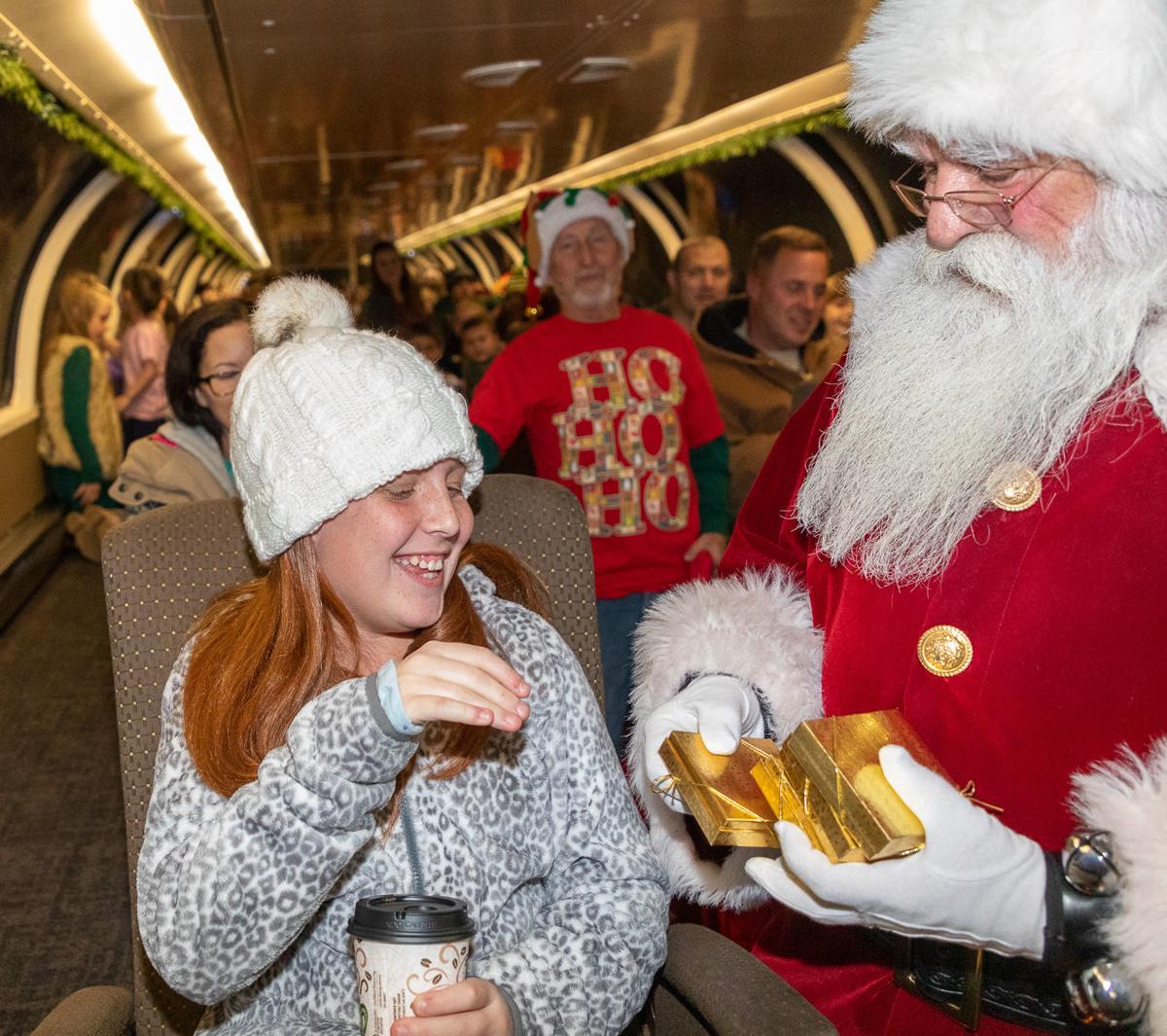 Santa handed out Christmas ornaments in small golden boxes to the passengers on the BNSF Holiday Express train Tuesday evening. 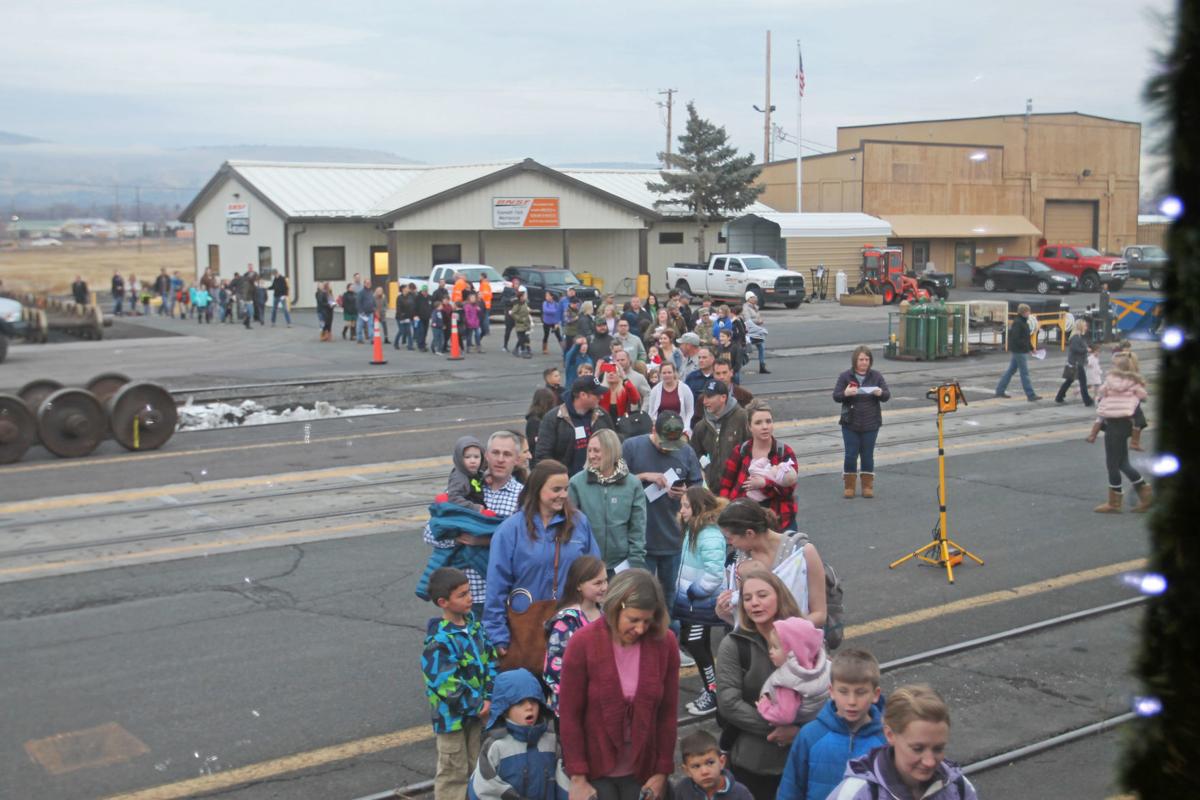 Families line up in to board the Holiday Express provided by BNSF Tuesday evening. 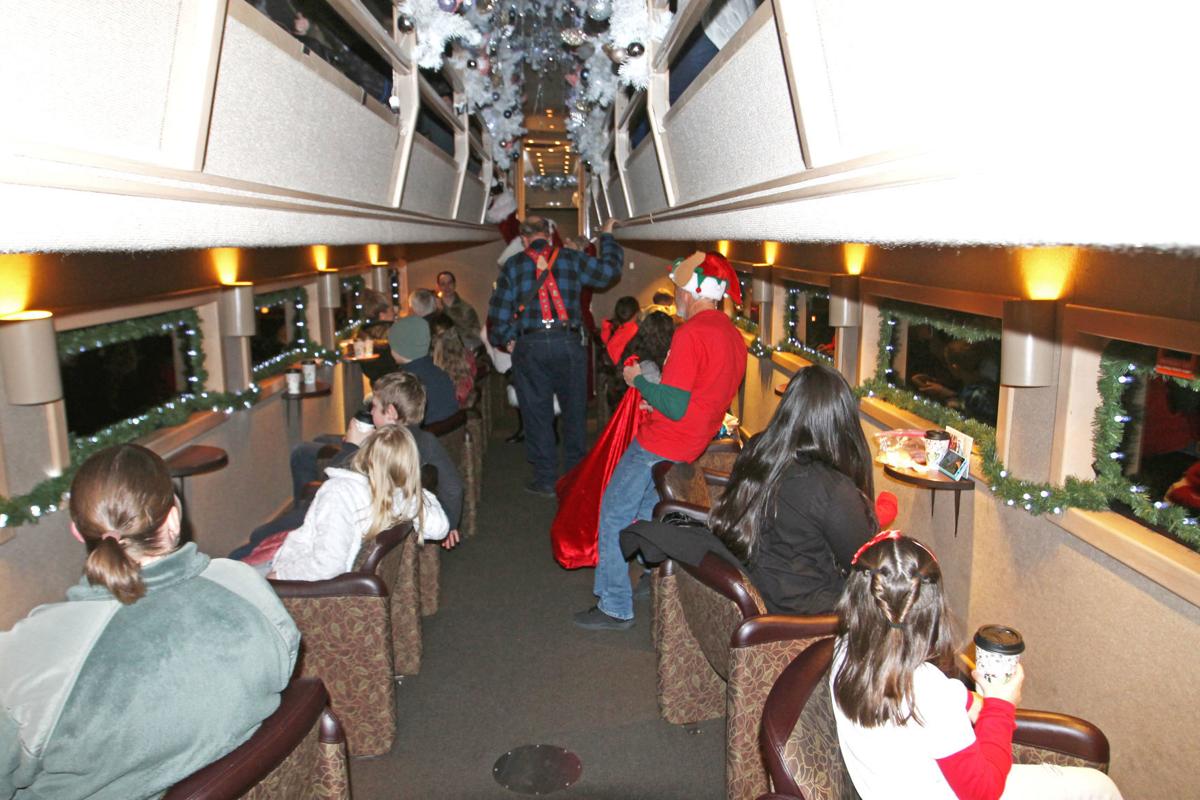 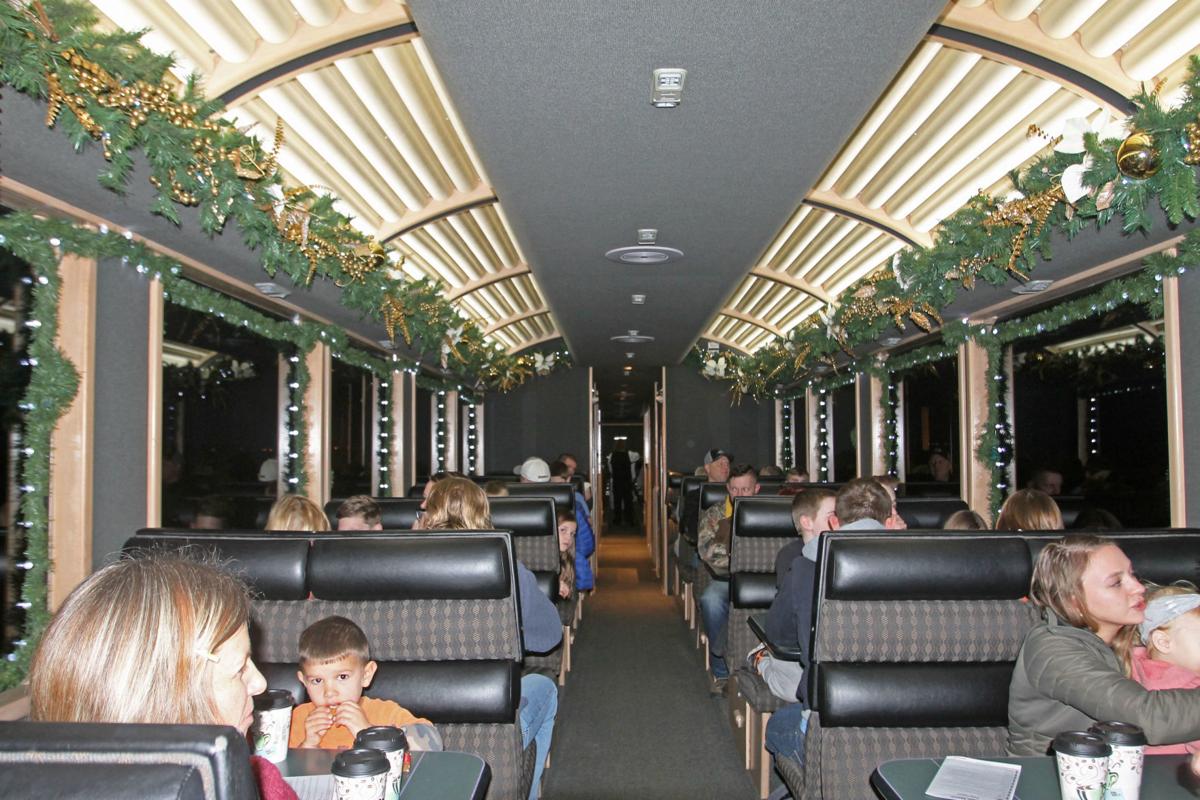 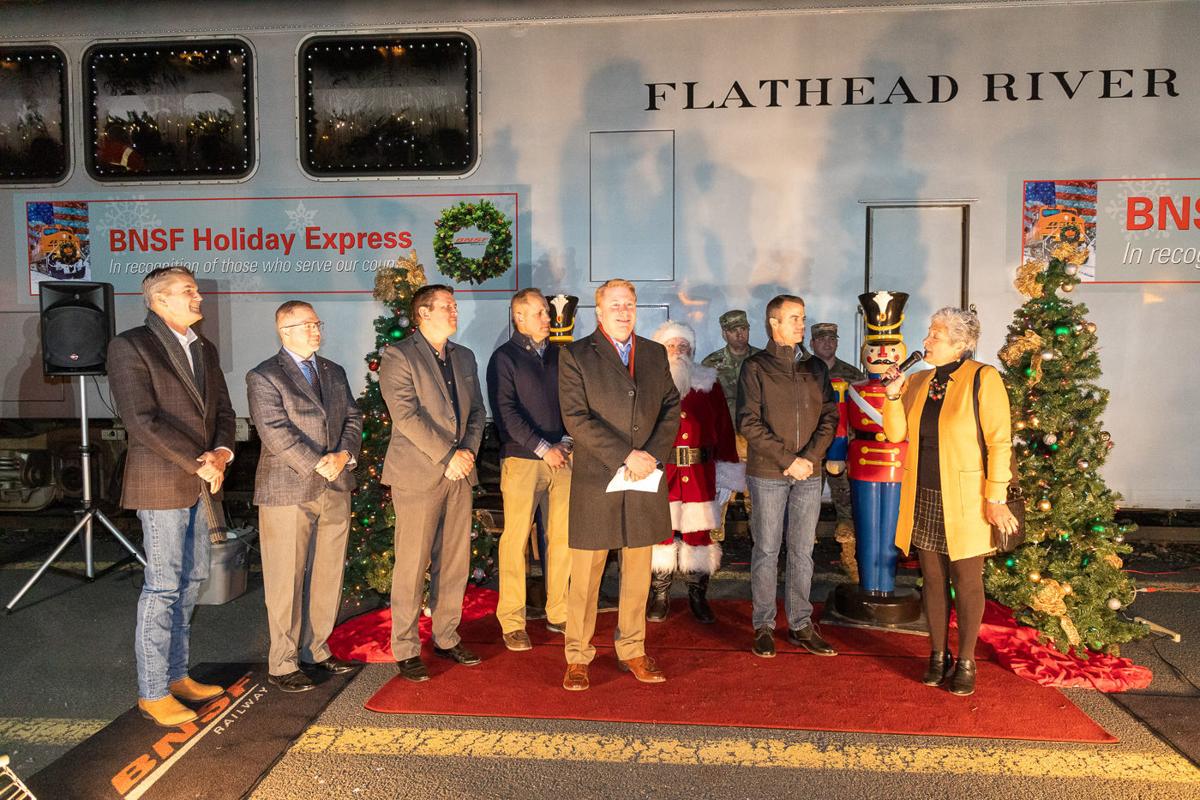 Santa handed out Christmas ornaments in small golden boxes to the passengers on the BNSF Holiday Express train Tuesday evening.

Families line up in to board the Holiday Express provided by BNSF Tuesday evening.

Klamath Falls members of the military and their families were treated to a ride on the Holiday Express on Tuesday evening, courtesy of BNSF Railways.

BNSF is the largest railway company in North America. BNSF mostly deals in freight trains, but for this annual event, the company uses a vintage passenger train which is decked out in Christmas decorations.

The train, which has 11 cars and an engine at either end, is traveling to towns in Montana, Idaho, Washington, Oregon and California on this holiday trip.

In Klamath Falls, 330 people got to ride in the train for about an hour and a half. They were served cookies and hot chocolate or coffee for the adults.

Santa and Mrs. Claus also traveled through the train, visiting with the families, handing out Christmas ornaments in small golden gift boxes and taking photos.

The children seemed to really enjoy their trip on the train.

“I had fun and it went fast!” said 7-year-old Ryan Rinehart.

Two-year-old Claire Reed enthusiastically said she had lots of fun on the train, and when asked what her favorite part was, she stated firmly, “Santa!”

BNSF also presented a check for $10,000 to the David R. Kingsley foundation. BNSF has given $70,000 in total to all the towns they visited. All donations went to charities that benefit members of the military and their families.

“We think it's really important that we keep honor and praise on your military families for the sacrifices that you make,” Johnson said.

“So thank you for everything that you do to help mom or dad, brother, sister, son or daughter, who puts on the uniform and, maybe halfway around the world, protecting our name, protecting us all,” Johnson continued.

“And while they're doing that, you're at home taking care of everybody. So thank you for letting us host you and bring you onboard for this train ride,” he said.

He mentioned that many people working at the BNSF are former military. BNSF employs 7,360 veterans, according to a brochure passed out to attendees. The company has rail yards in Bend, Klamath Falls and Portland, and operates in 28 states and three Canadian Provinces.

“We just appreciate the opportunity that you visited Southern Oregon, and took time out of your schedule and all the crew was so gracious and caring for the folks that rode today. And to see all the kids and the joy on their faces when they got to see Santa,” Col Edwards said.

Sgt. Gibson accepted the $10,000 donation with many thanks and explained briefly what the David R. Kingsley Foundation does.

“Back in the '90s, a group of airmen set up a foundation to be able to take care of airmen within the community that had found difficulties either medical or financial or just disaster situations,” he said.

The children and families left shivering in the cold evening, but buzzing about their experience aboard the train.

BNSF also hosted a dinner aboard the train for a small number of guests after the train ride.