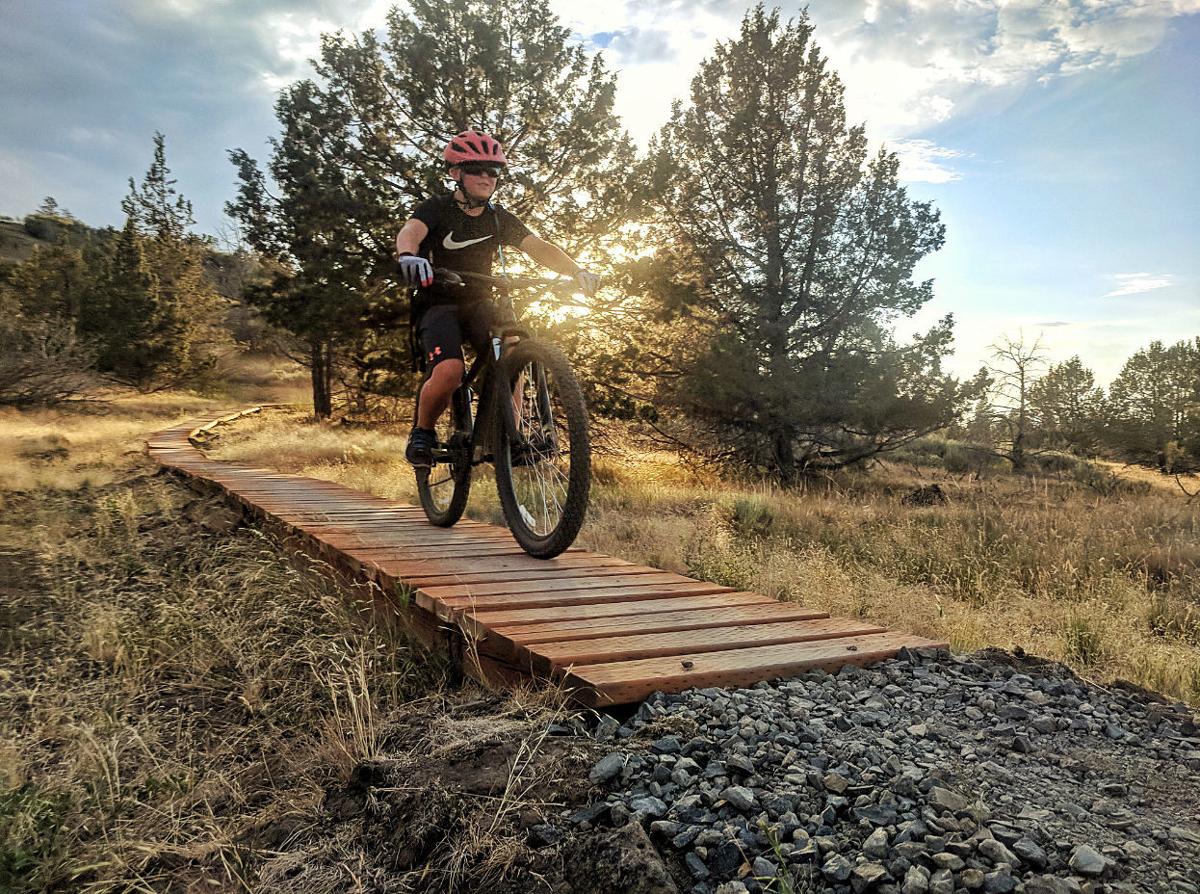 The team practices their form of competitive cross country mountain biking in Moore Park. Athletes ranging from middle to high school are invited to participate. 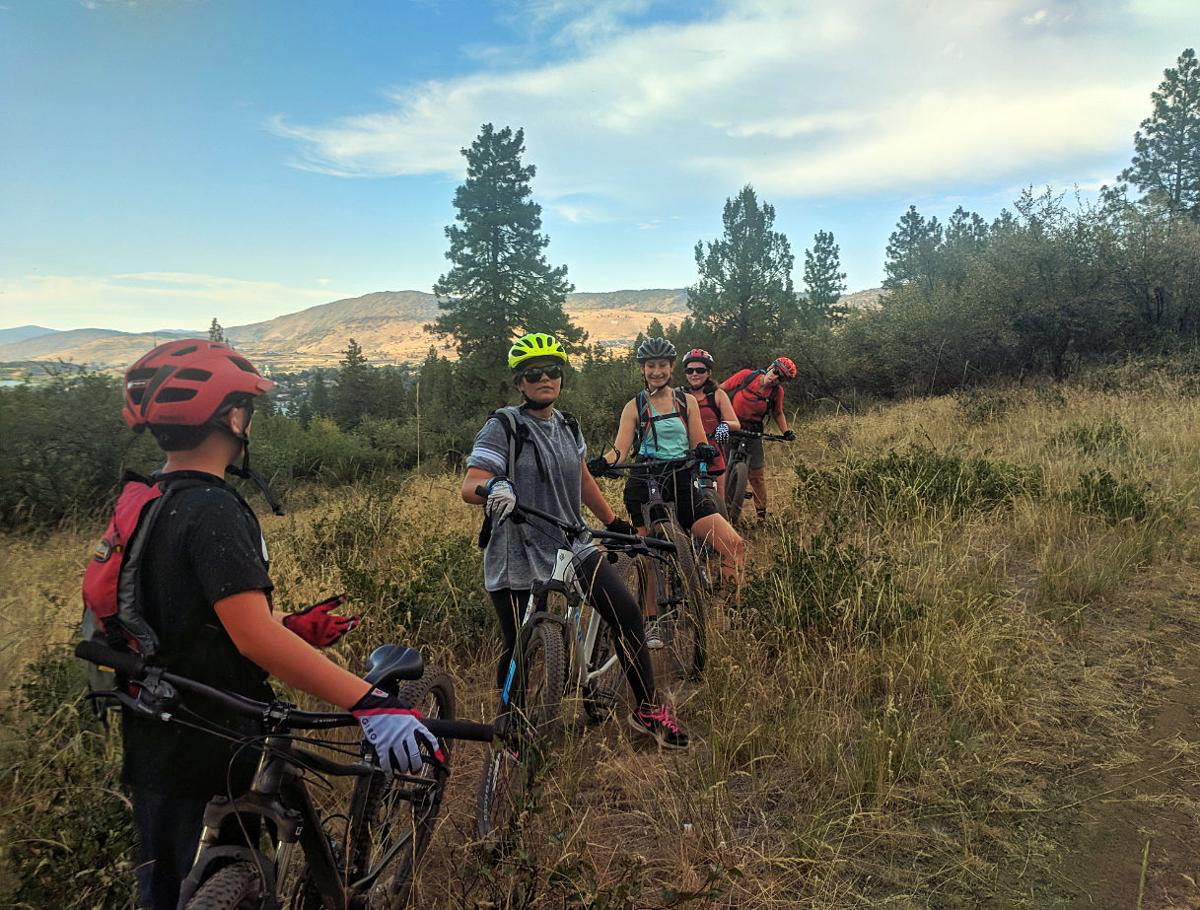 During group rides, the team practices mountain bike etiquette as well as their technical skills. 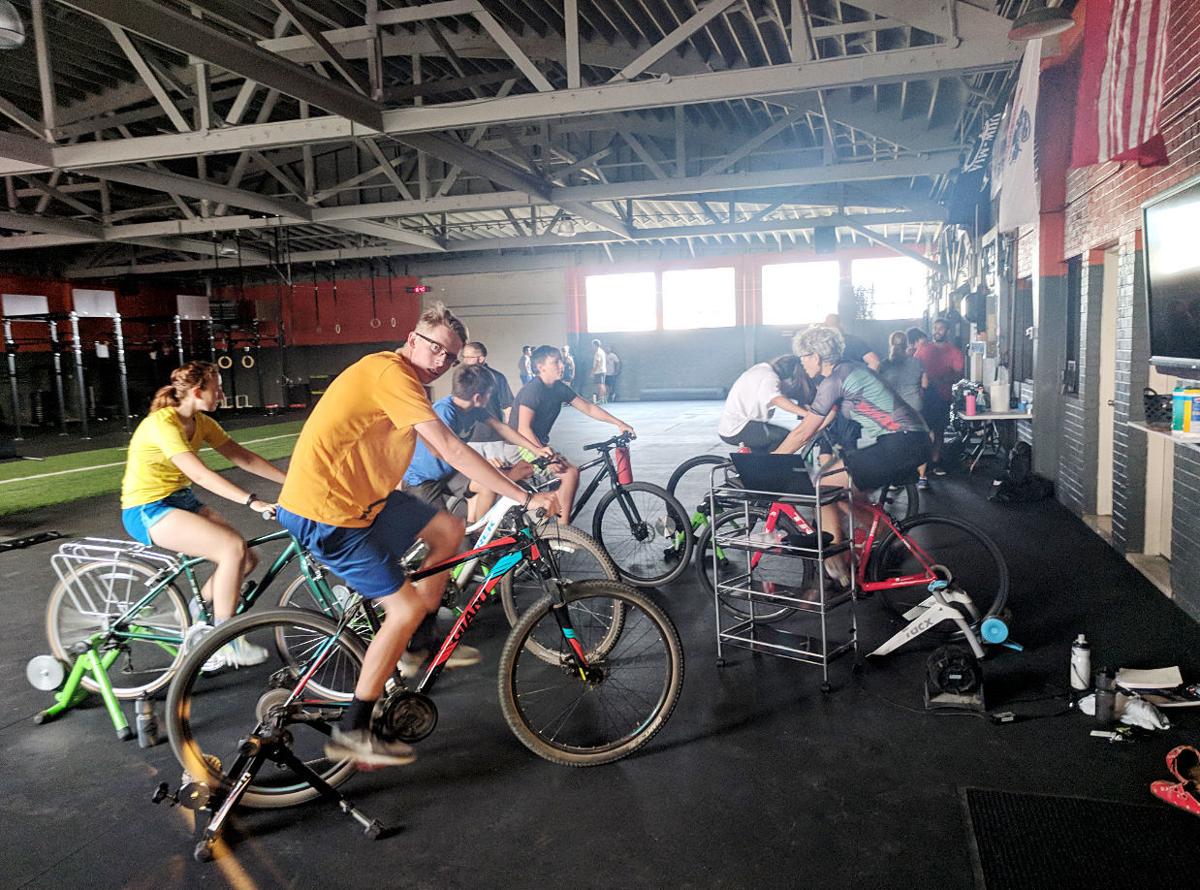 With the smoke in Klamath Falls having made air quality insufficient for riding, the team has had to practice at CrossFit Ape using bike stands and doing circuit training. This is how the team will practice once school starts in the cases of inclement weather.

The team practices their form of competitive cross country mountain biking in Moore Park. Athletes ranging from middle to high school are invited to participate.

During group rides, the team practices mountain bike etiquette as well as their technical skills.

With the smoke in Klamath Falls having made air quality insufficient for riding, the team has had to practice at CrossFit Ape using bike stands and doing circuit training. This is how the team will practice once school starts in the cases of inclement weather.

The team, comprised of students from middle to high school has been practicing at Moore Park throughout the summer for their preseason. Recently, they have modified their workouts due to the smoke, but she explained that indoor workouts with circuits or bike stands are similar to how the team will have to practice when school and inclement weather begin.

While Schiavo has little experience coaching, her cycling and racing experience as well as her passion more than make up for it. Her riders joined at different levels of talent and experience, but she does not mind coaching beginners. “When I first started mountain biking I was terrified ... I would just crash a lot,” she said. “Even though I’ve been riding for a long time, I still remember what it was like to ride like a beginner.” This, in her opinion, only contributes to her ability as a coach and ride leader.

The team’s first race will be in Newport Gnarnia on the Oregon coast Sept. 9. However, the coach explained that she does not require the athletes to race if they do not want to, but she does encourage it. “We’re a team sport, points matter. Even if you don’t win you get points for the team,” she said.

She understood that racing can be intimidating though. “We’re not training to win, we’re training to do the best we can … you can be racing your fastest, your best fit and not win because of things beyond your control,” said Schiavo. “Just do your best. Improve or you know what maybe your goal is finishing a race.

“I don’t want this to be all about racing, I’m trying to build them as mountain bikers.”

As for the cost to join team “Jackalope” NICA charges an annual student fee of $50, and the Oregon League has a season fee of $250 which includes all race entry fees. For Schiavo she asks that you pay $90, the price of the jersey and team dues at $75 a month. These fees have scholarship opportunities as well, so Schiavo does not want price to be a reason to not participate.

The same goes for equipment. Those on the team will get a discount at Zach’s Bikes — the downtown Klamath Falls shop which Schiavo and her husband own. “The last thing I want is someone who really wants to come in and ride is not being able to because they can’t buy a bike,” she said. The team will accept new members up until their first race.

Schiavo did not expect to build such a connection with these athletes in so short a time, but is happy with this chance to create something out of a sport she enjoys. She is inspired by the drive the athletes have and how getting to ride with other people in their age group has inspired the team.

Schiavo, who has a daughter on the team, sees a difference between when her daughter rides with her versus with people her own age.“When I’ve seen my daughter ride with other people she’ll ride way better ... she will actually act to sweep,” said Schiavo. “Some of the kids — way more advanced — she’s trying to keep up with them.

“There is the dynamic where people will push each other.”

Lillian Schiavo can be reached at lillian.kfcmtb@gmail.com or 541-892-7894. For more information, visit their facebook page facebook.com/KFallsComposite for more detail and links to NICA and the Oregon League.