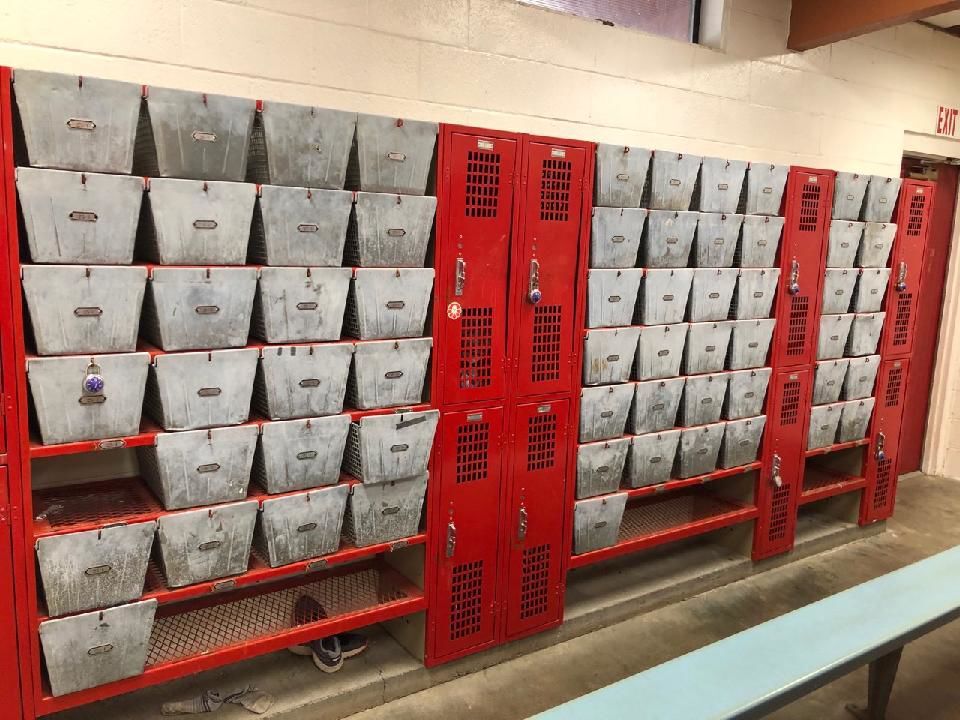 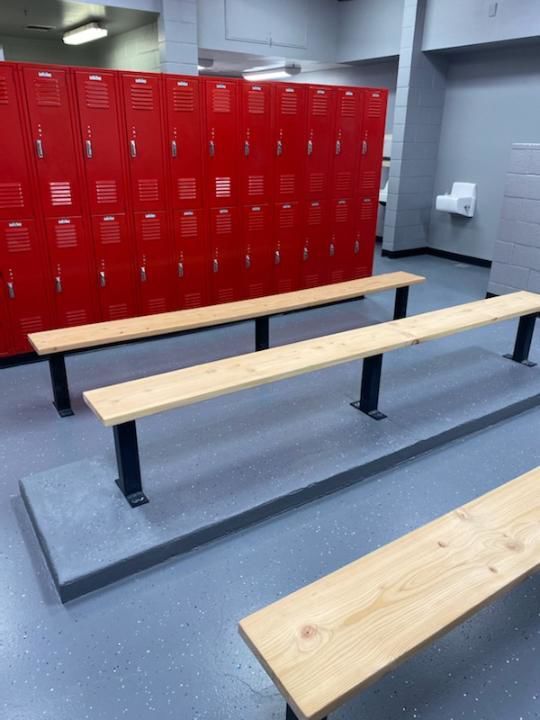 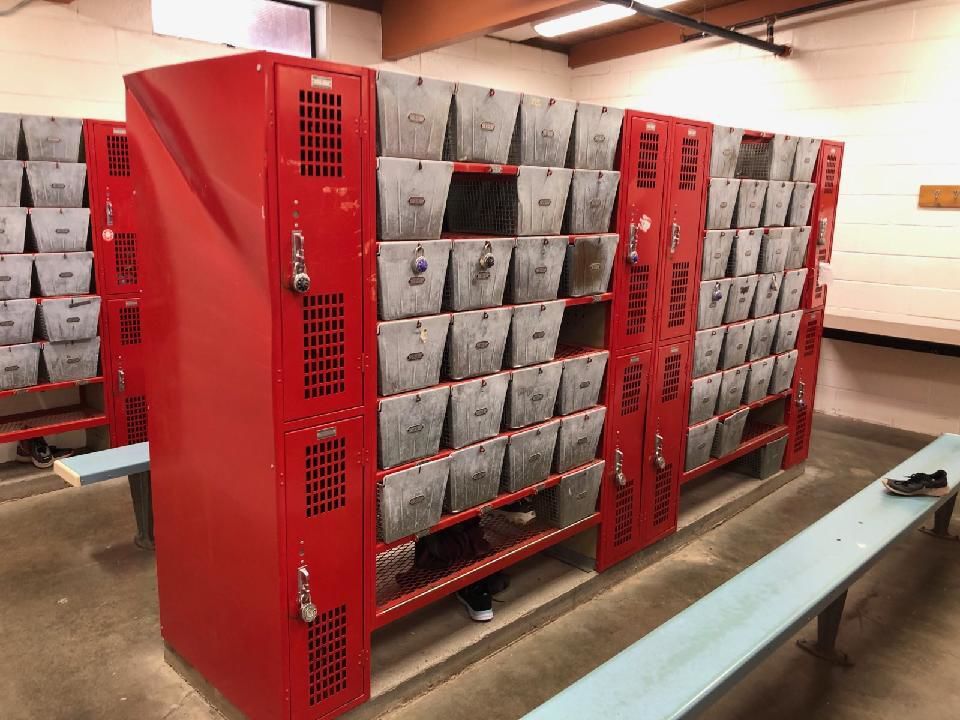 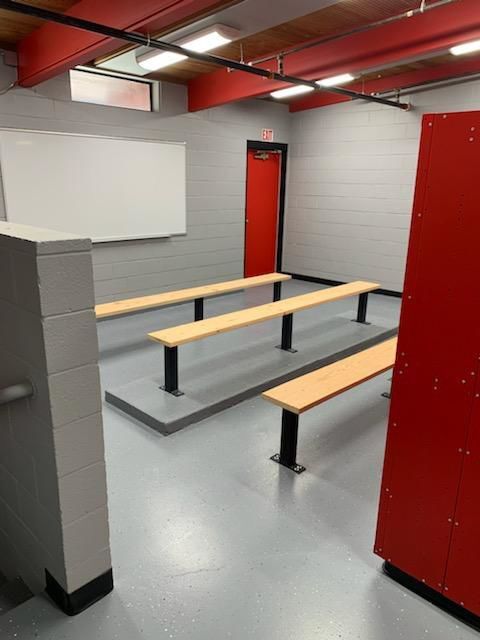 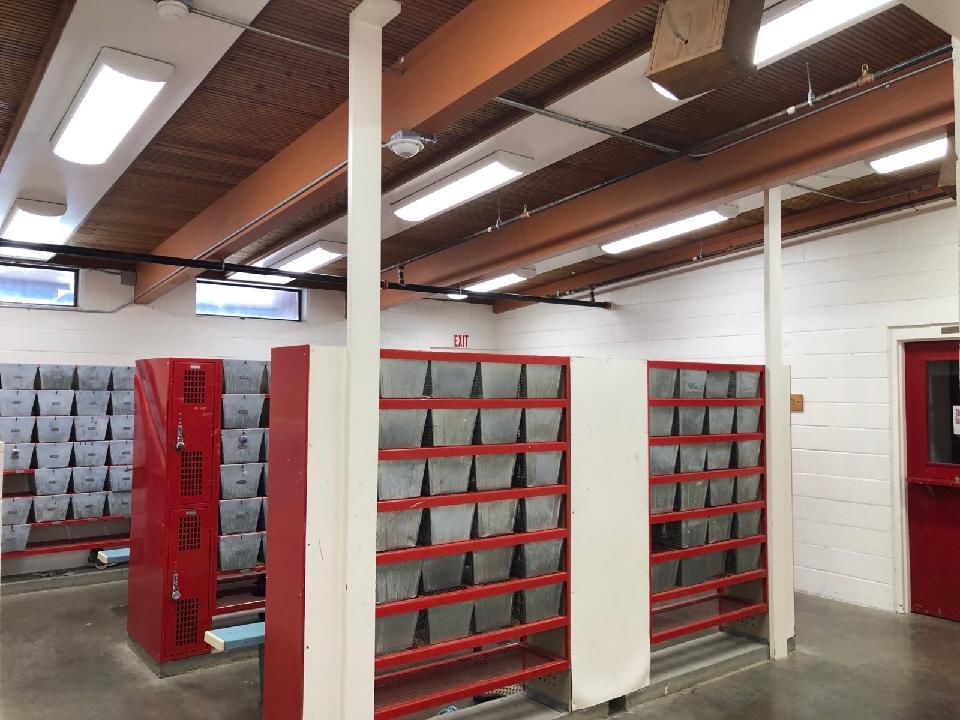 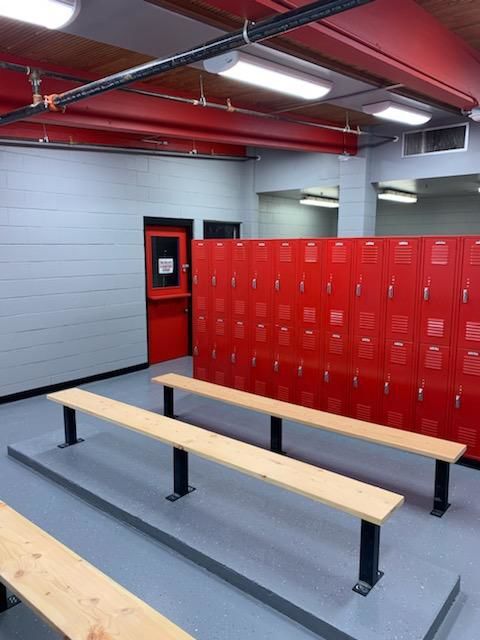 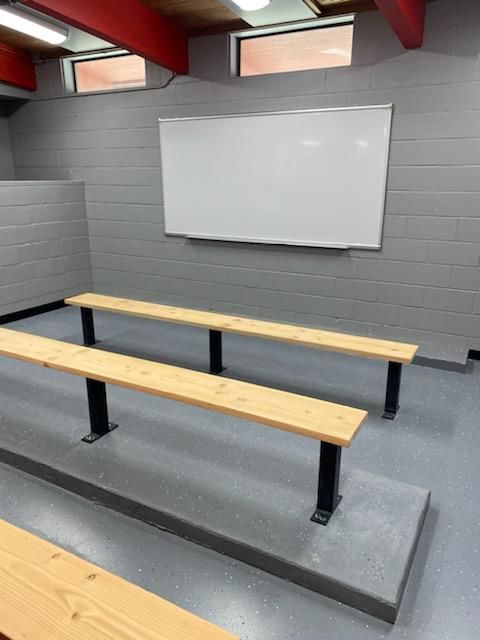 Bonanza Junior/Senior High School students will return this fall to remodeled and updated locker rooms thanks to the hard work of administrators, custodians, and a generous donation from the Bonanza Booster Club.

Principal Jordan Osborn, along with counselor Andy Davis and new vice principal and athletic director Sergio Cisneros, decided to update the locker rooms this summer as part of their overall commitment to improve the culture and climate of the school.

“We want our students to know we are committed to improving their school,” Osborn said.

Osborn, Davis, and Cisneros started the project, spending a full day ripping out the old lockers. The plan was to repaint and install unused lockers that were in storage and in the elementary school. Head custodian Adam Patterson served as project lead, joined by custodians Buddy Downing, Leonard Morgan, and Billy Simmons. Downing painted the walls and ceiling. Patterson did the floor paint and new base trim. Patterson, Morgan and Simmons installed the new lockers, white board and custom-made benches.

The Bonanza Boosters paid $1,300 for six benches, custom-made at cost by Daniel Mendez at Local Creations Co. New stalls also will be installed in the bathrooms.

“The locker rooms are oddly one of the most visual spaces we have because when opposing schools and communities come to play us in sports, the students and coaches go in those locker rooms,” Osborn said.

When Osborn took the reins as principal last summer, he and Davis teamed up to remodel the high school’s office space. When Cisneros joined the team, the three decided to do another project.

“I believe it’s important for us as leaders to get some sweat equity in the work that is being done at our school,” Osborn said. “It’s our goal to do a project like this every year.”

Cisneros, who officially started as Bonanza’s vice principal and athletic director this summer, said he is excited about his new school.

“I’ve appreciated the opportunity to join a team that is passionate about serving students and willing to put in the work,” he said.