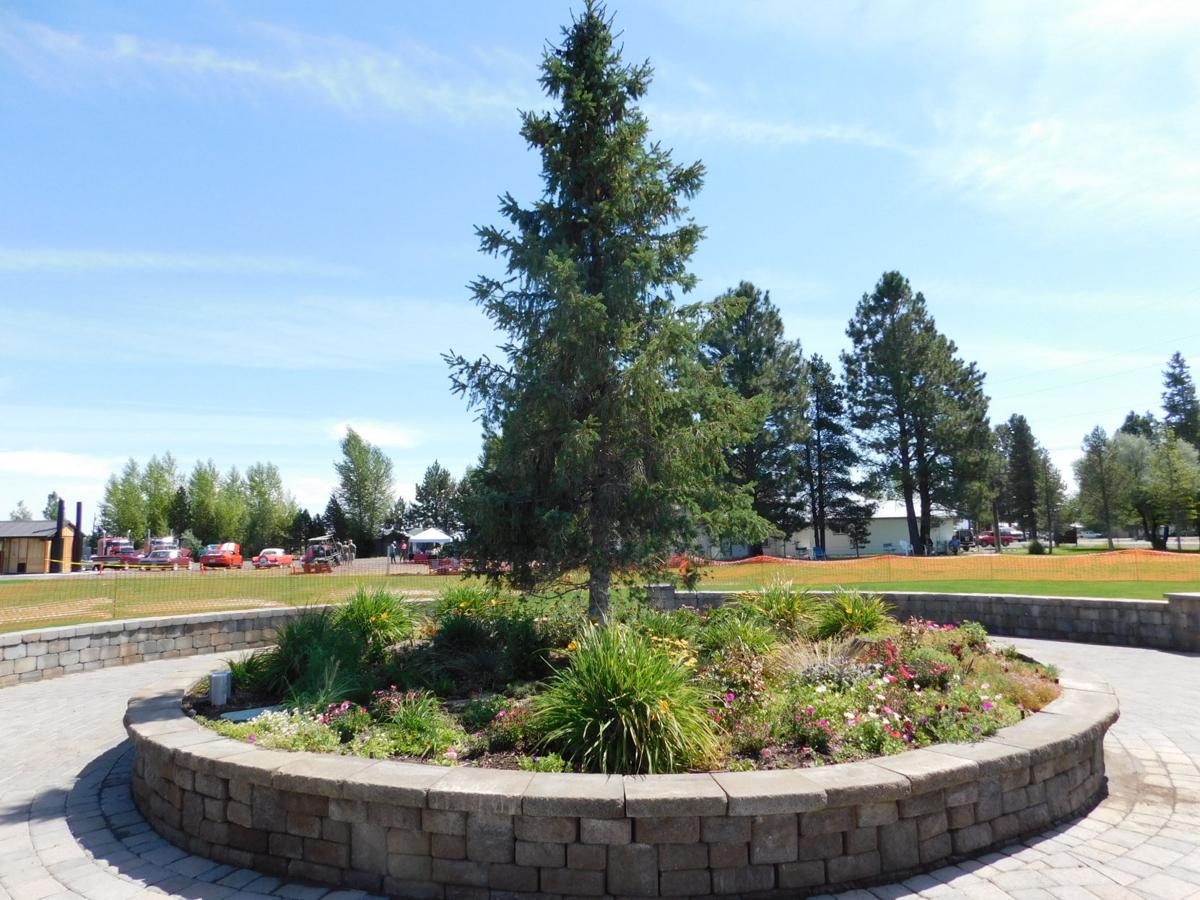 A single Christmas tree is the centerpiece of R.E. Flowerree Memorial Park at the heart of a community that carries the holiday season year-round – Christmas Valley. 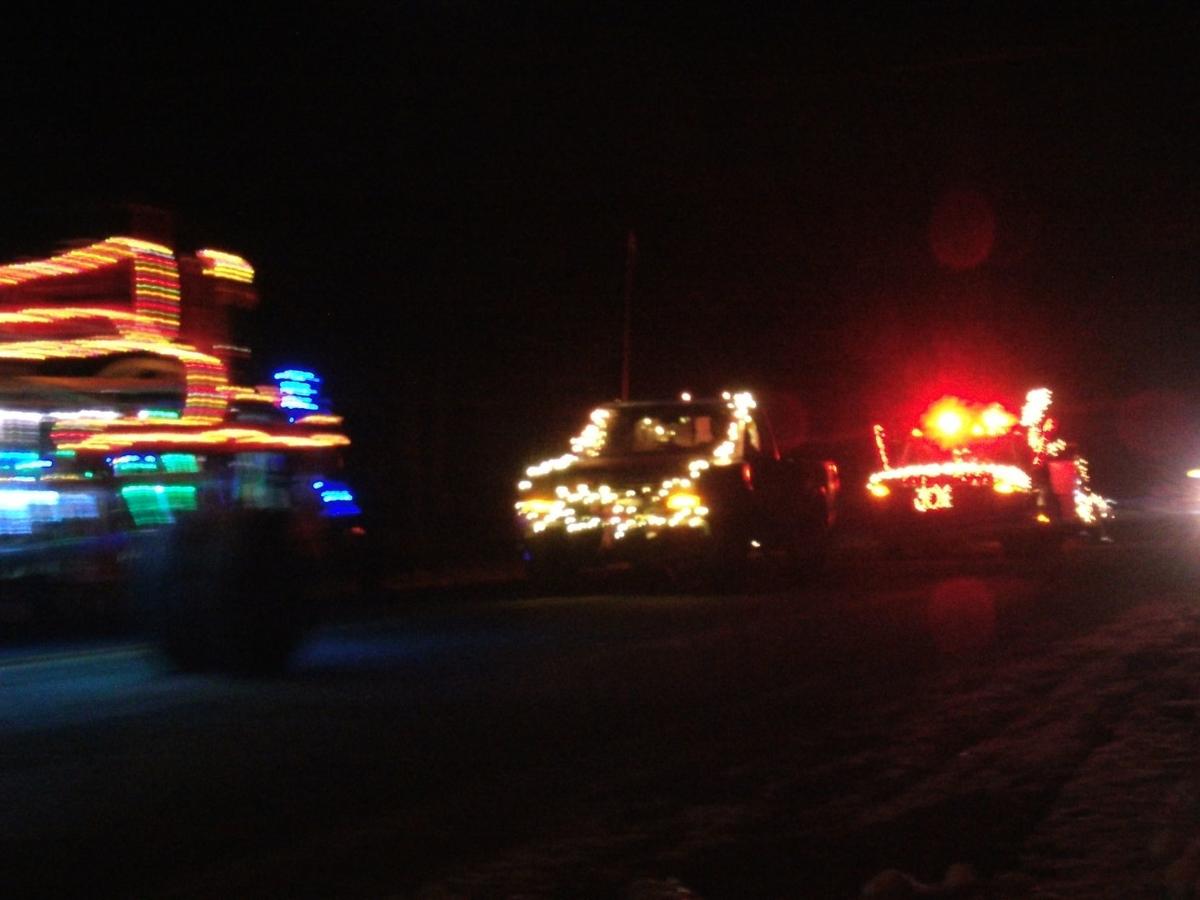 A single Christmas tree is the centerpiece of R.E. Flowerree Memorial Park at the heart of a community that carries the holiday season year-round – Christmas Valley.

While Christmas may be only once a year, there is a place in Southern Oregon where every day is a constant reminder of the holiday — Christmas Valley.

The small community in northern Lake County about 100 miles south of Bend is undeniably Christmas crazy, from street names like Holly Lane and Snowman Road to businesses such as Santa’s Hardware.

At the epicenter of the community is R.E. Flowerree Memorial Park, an outstanding outdoor recreational area complete with a stage that hosts an annual summer music festival, fountains, basketball and tennis courts and a playground.

Most importantly, it features a large Christmas tree at the park’s center, the symbolic heart of the community.

Every December the holiday season begins with a tree lighting ceremony at the park’s great tree, regardless of how low temperatures may dip. School or church choirs often perform, and decorations are added for the town’s centerpiece tree. This marks only the beginning of celebrations, followed by a whirlwind of church-related celebrations, community meals, a Christmas lights competition and culminating it all a parade down Christmas Valley Highway from Santa’s General Store to the community hall.

Just how this rural community got so holly-jolly is a matter of speculation, from map errors to name misspellings. Regardless of how well the community has embraced its Christmas affiliation, it remains a question of just how it earned its moniker. Several theories exist, but none have been confirmed.

The first mention of the area and its affiliation with the holiday comes from explorer John C. Fremont’s 1843 exploration of the region, which encamped near a lake on Christmas morning located in the Warner Valley. The map-maker documenting their trek mislabeled the lake as “Christmas,” hence giving the body of water its name. A second lake, much closer to today’s Christmas Valley community, was also given the name of Christmas Lake, appearing on Rand McNally maps in the early 20th century.

The area was a harsh environment rarely occupied beyond cattlemen seasonally utilizing the terrain for grazing. It became notable in the 1870s following the discovery of mammoth fossils in an area now known as Fossil Lake, but beyond the occasional scientist collecting samples and cowboy herding cattle for winter grazing the area remained sparsely populated beyond a few ranches.

One early settler to the region was Major Peter Chrisman, who resided in nearby Silver Lake in the 1870s. Peter’s Creek and Chrisman Lake were both named after the early settler, which began appearing on some maps as “Christman Lake.”

Over time Christman slowly changed in people’s vernacular to Christmas, appearing as such on several maps. By 1906 a post office was established in the area, dubbed the Christmas Lake Post Office, though shortened to simply Lake Post Office a few years later.

The entire region experienced a population boom in the early 20th century with the last great land rush, where communities sprang up overnight under the promise of free land parcels for farming. However the difficulties of dry desert farming proved too great for most, and the region became riddled with ghost towns by the 1920s, of these only a handful of active communities remain. By then the area had become known among locals as Christmas Lake Valley.

A second boom would hit in 1961, when the M. Penn Phillips Development Company decided to buy up 72,000 acres of ranch lands and construct much of the Christmas Valley community as it stands today. An airport, golf course, lodge, motel, manmade lake and over 30 miles of road were all quickly built along with 15 homes in the first year, trying to establish the area as a retirement resort for Los Angeles area residents. Phillips thought the area could grow to around 5,000 residents, becoming a home for retirees and prospective farmers.

With a down payment on land parcels California residents were flown to Christmas Valley aboard a DC-3 for free to inspect the newly built escape from the city, but despite endless promotion only a handful had swallowed the bait. The parcels sold out quickly, but few people actually moved there, leaving an odd mish-mash of developed homes next to empty lots. By 1973 only several dozen people had moved to the prospective paradise from the big city, much to the ire of locals, and many of the land parcels had changed hands and bought by Willamette Valley residents as prospective farms.

Yet despite the failed real estate venture Christmas Valley and the surrounding area would find a foothold through agriculture, as prices for alfalfa hay grown in the area skyrocketed. Dairy farmers and race horse breeders had high-demand for the Christmas Valley alfalfa, which due to the harsh extreme environment and rich volcanic soil grew a stock with higher protein content than all others on the market.

Today Christmas Valley may carry a holiday’s namesake, but it is known globally for its quality of hay, the product shipped around the world to buyers interested in gourmet-quality feed for their animals. Tourists may note the area for its natural curiosities to explore like Crack in the Ground, a massive volcanic fissure northwest of town; the Lost Forest, Christmas Valley Sand Dunes, Fossil Lake, or nearby Fort Rock.

How exactly Christmas Valley acquired its holiday name may remain in question, but there is no doubt that while Christmas may come once a year everywhere else, for one northern Lake County community it’s always Christmas.