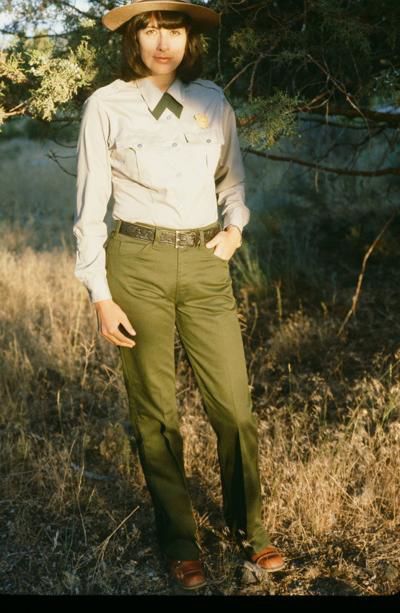 Cheewa James, pictured in 1979, when she worked for Lava Beds National Monument. 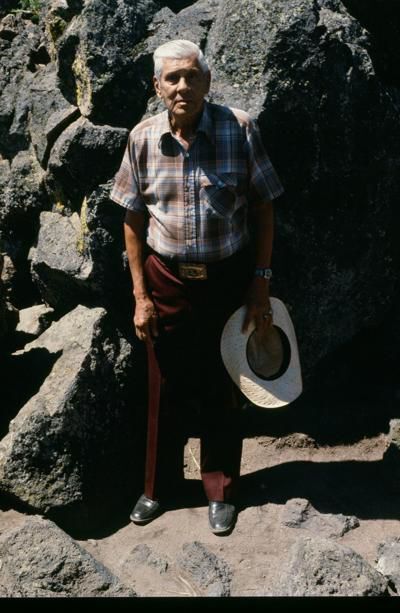 Cheewa James, pictured in 1979, when she worked for Lava Beds National Monument.

Cheewa James, who was disenrolled from the Modoc Tribe of Oklahoma in 2019 for what she viewed as retribution after challenging several of the Tribe’s actions, has been reinstated.

James, who maintains her Klamath Basin roots and 15 of her family members were disenrolled when tribal leaders claimed she and others were not legal descendants. In a reinstatement letter, tribal officials apologized and recognized that James and her relatives are indeed tribal members.

James, 82, was born at the former Klamath Indian Agency hospital near Chiloquin but now lives near Sacramento. She was a seasonal ranger at Lava Beds National Monument, where most of the major battles of the 1872-73 Modoc War were fought. She is the great-granddaughter of the Modoc warrior known as Shacknasty Jim. James was a television anchorwoman, has written books about the war and Modoc Tribe, and most recently narrated a tourism video about Lava Beds and the Klamath Basin.

“My family is glad this is resolved,” James said in a statement. “I feel the challenges to the Modoc bloodlines of the James family were underhanded tactics to defend activities and actions of the Modoc Tribe of Oklahoma (Modoc Nation) leaders. This practice is all too common in American tribes and nations and needs to end.”

The Modoc Tribe consists of descendants of Modoc Indians, who were sent to Oklahoma after the Modoc War of 1872-73. The Tribe is based in Miami, Oklahoma, and reportedly has about 200 enrolled members.

In the reinstatement letter from Bill Follis, chief of the tribe that has renamed itself the Modoc Nation, he and second chief Jack Shadwick wrote, “The information presented was incomplete and led to the enrollment committee to come to an uninformed decision. As a result, the enrollment committee/elected council is heartbroken that you and the others have been put (through) this ordeal and we intend to make matters right with all members that were affected. We are terribly sorry for the actions that we, the enrollment committee/elected council have taken in this matter up until now and especially the ordeal that you have endured. We hope for your forgiveness and look forward to your return.”

James, however, questioned the sincerity of the apology.

“After a harsh few years of disenrollment, the words from Oklahoma Modoc Chief Bill Follis and Second Chief Jack Shadwick in the letter sent to all of us disenrolled Modocs — ‘heartbroken that you and the others have been put through this ordeal…terribly sorry…we hope for your forgiveness’ — ring a little hollow. We will see how honest and sincere the future is. What comes next is totally dependent on how the Oklahoma Modocs want to play the game,” she said.

The April 23 letter from Follis and Shadwick says that James’ ancestors, including Shacknasty Jim, are on the approved 1878 ration list, “so their descendants are eligible for enrollment in the Modoc National without further question. Had the individual who wrote the justification researched this more, this terrible action would not have been taken. That individual in no longer employed by the Tribe.”

The individual who made that decision is not named. But until October 2019, Bill Follis’ grandson, Blake, served as the Tribe’s attorney general, main spokesperson and handled legal matters. He left the Tribe because of what the tribal newsletter described as “differing business philosophies.”

The Tribe, which paid more than $4 million in fines to the Federal Trade Commission and the state of Nevada for its involvement in payday loan schemes, is reportedly facing several ongoing multi-million-dollar lawsuits.

Following her disenrollment in 2019 James experienced what she believes was harassment from the Tribe. After being identified as a Modoc tribal member as the narrator for “The Modoc War: A Homeland Lost,” a self-guided audio tour produced and used by regional chambers of commerce, Megan Peterson of Discover Siskiyou received a call from Blake Follis, who told her James is not an enrolled Modoc. Peterson said the wording on the audio tour was changed to describe James is a Modoc descendent.

James previously said she “incurred the wrath” of Follis and other tribal officials when she questioned their administrative works and financial ventures during one of the Tribe’s 2018 annual meeting in Miami, Oklahoma. James said she noticed “something strange” in a letter dated April 4, 2017, by Blake Follis sent to the Siskiyou County Board of Supervisors opposing Lava Beds re-designation efforts. James said she found several errors in the letter and sent supervisors a letter “correcting them.”

James also cited what she believed were several false claims, with “the most stunning” being the Tribe saying its “economic footprint spans over 150 jobs in Oklahoma, Kansas, Illinois, Utah and Texas.”

According to James, “this tribe of approximately 300 members had, to my knowledge, a small casino, smoke shop, and buffalo herd. Most importantly — and I am one of the oldest tribal members and a member since the tribe came into existence in 1978 — there has never in the history of the tribe been a per capita payment to members. Chief Follis at the 2018 annual meeting stated that there would never be a per capita payment. Who then was filling the jobs and where was the money going?”

At the Tribe’s annual meeting James presented and handed out copies of a list of questions but none were answered, Instead, she was met with “hostility and defiance.” According to James, during the meeting she was accused of not believing in Native sovereignty.

In response she explained “of course, I believe in (tribal sovereignty), unless it is used illegally to slide by regulations. Or especially if it defrauds and hurts other people.”

After those and other comments, a letter was sent to James and her relatives by the Modoc’s enrollment committee saying her and family members were ineligible for membership and were immediately removed from tribal rolls. According to the letter, those eligible for membership “shall consist of those Modoc Indians who are direct lineal descendants of those Modocs removed to Indian territory (now Oklahoma) in November 1873, and who did not return to Klamath, Oregon … and the descendants of such Indians who otherwise meet the membership requirements adopted by the tribe.”

James said the disenrollment decision had other impacts, noting, “the major loss to those cast out of the Tribe is the loss of health benefits filled through channels open to enrolled Native people,” she said. “Four young people lost their college scholarships and because of little time to plan ahead, have dropped out of future enrollment, hopeful of finding a way back.”

The last two years have been emotionally devastating for Cheewa James.

In recent years the Modoc Tribe of Oklahoma, which has since renamed itself the Modoc Nation…