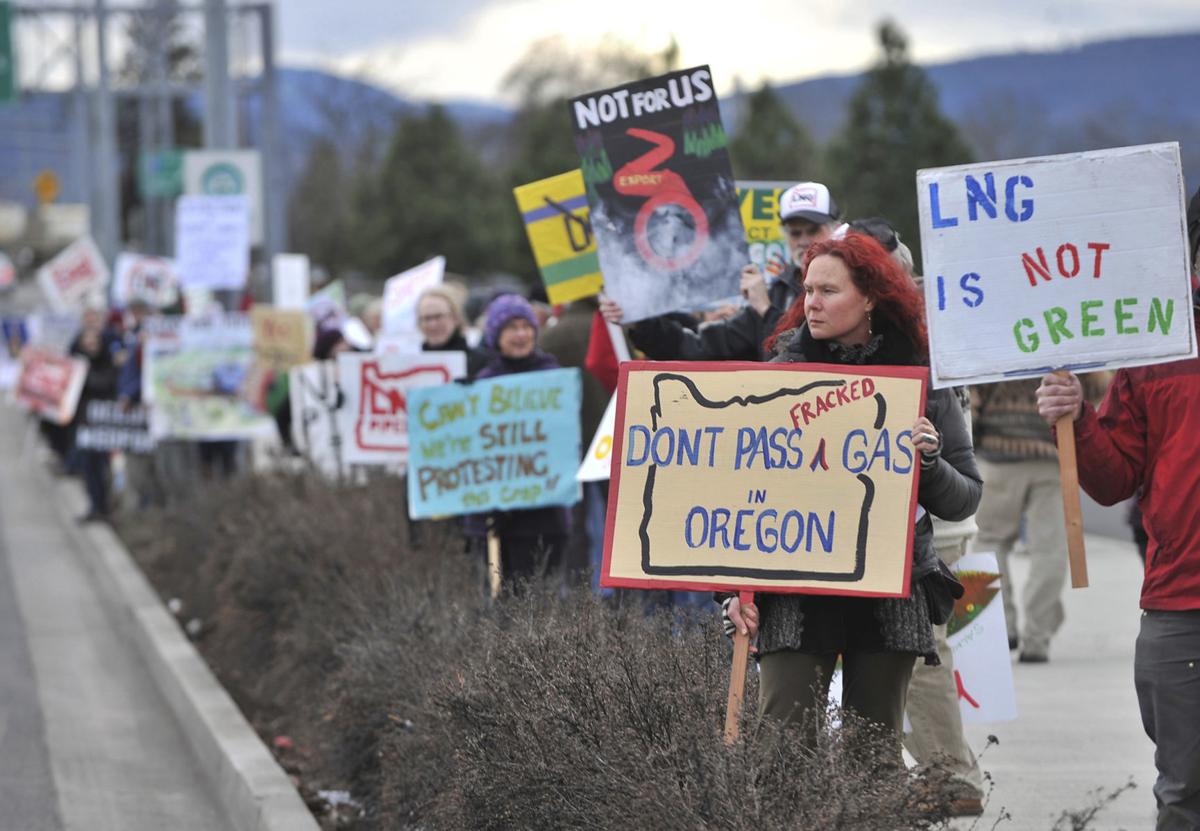 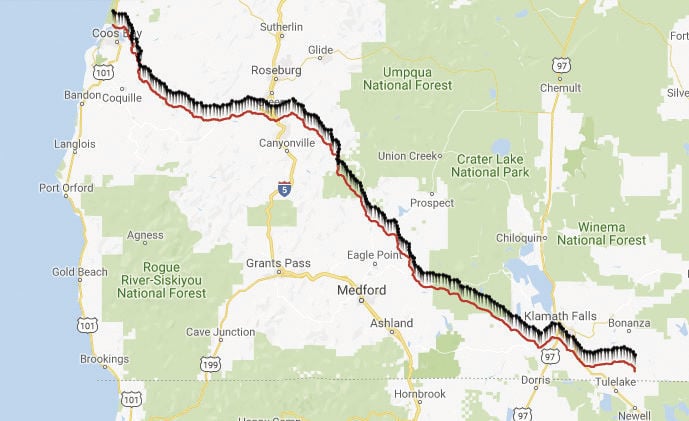 The proposed Jordan Cove Project pipeline would stretch from a hub in Malin in Klamath County to Coos Bay on the Oregon Coast.

The proposed Jordan Cove Project pipeline would stretch from a hub in Malin in Klamath County to Coos Bay on the Oregon Coast.

The Jordan Cove Energy Project has hit a major obstacle. On Wednesday, the Department of Land Conservation and Development issued an objection to the project.

The controversial project would build a 229-mile liquefied gas pipeline from Malin through four Oregon counties, with a shipping terminal located in Coos Bay. The pipeline would transport Canadian and American natural gas to be shipped to buyers in Asia. The project has been in the works for well over a decade.

According to a release from DLCD, the Federal Energy Regulatory Commission no longer has the authority to authorize the project, unless the objection from DLCD is overruled by the U.S. Secretary of Commerce.

The FERC permit decision was scheduled for this week but was delayed indefinitely following the DLCD objection.

“FERC doesn’t have the legal authority to issue a permit — period — as a result of the DLCD determination yesterday,” Sarah Adams-Schoen in an interview with H&N.

Adams-Schoen is a faculty member of the Environmental and Natural Resources Law Center at the University of Oregon.

Adams-Schoen explained that the decision has essentially been taken out of FERC’s hands. “The next step here would be for the applicant themselves to appeal to the U.S. Secretary of Commerce,” she said.

The DLCD is responsible for ensuring federal permits are only granted for projects that are consistent with Oregon’s Coastal Management Plan. The State gets this authority over federal actions through the federal Coastal Zone Management Act.

The DLCD issued a 56-page letter to Jordan Cove detailing the objection on Wednesday.

“DLCD objects because JCEP has failed to demonstrate consistency with the OCMP by failing to obtain necessary permits and by failing to provide sufficient information requested by DLCD,” the conclusion reads.

“Coastal effects analyses show that the project will negatively impact Oregon’s coastal scenic and aesthetic resources, a variety of endangered threatened species, critical habitat and ecosystem services, fisheries resources, commercial and recreational fishing and boating, and commercial shipping and transportation, among other sectors critical to the state,” the DLCD objections reads.

“We watched with interest the Commission’s actions at today’s [FERC] meeting. We also just received Oregon Department of Land Conservation and Development’s letter late last night and like the FERC, we are taking our time to review it now,” he wrote.

The Klamath Tribes have been consistently opposed to the project.

“This project is not viable. We are committed to protecting our interests, as we have for time immemorial. Pembina [Jordan Cove’s parent company] should leave our communities alone by pulling out of this project entirely,” said Chairman of the Klamath Tribes, Don Gentry, in a press release Thursday.