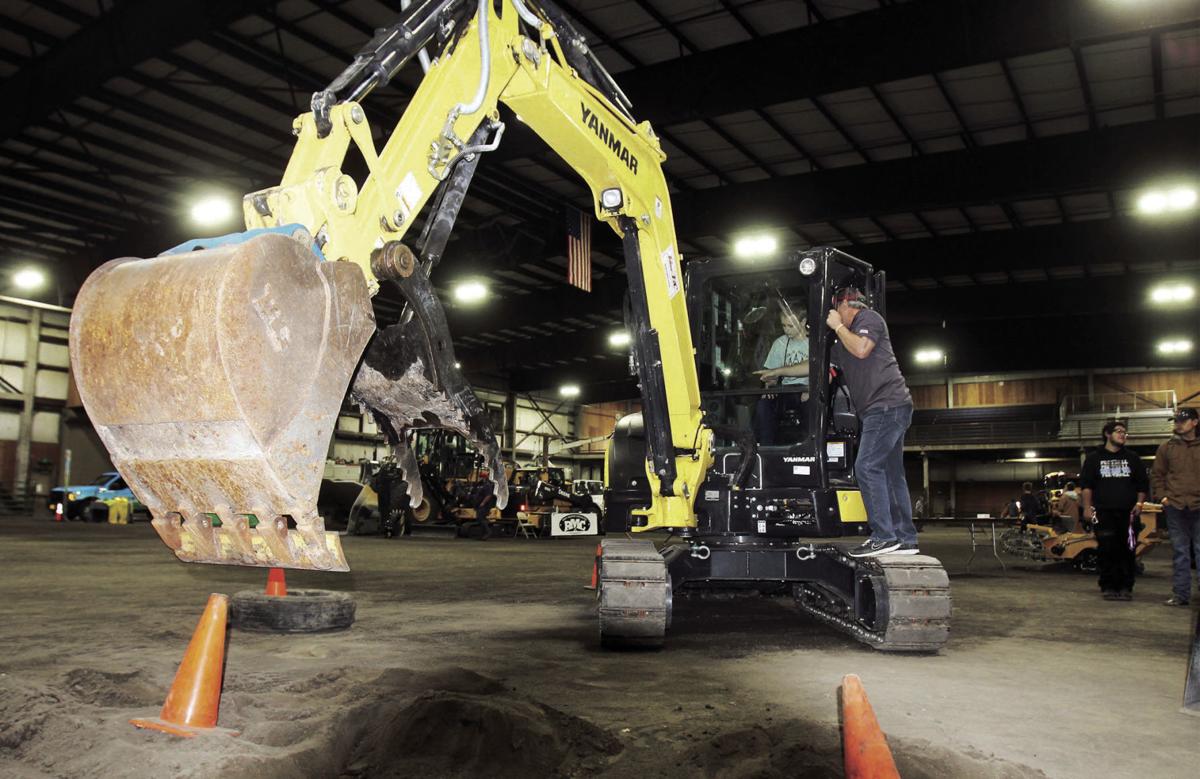 Harry Mauch coaches Gilchrist freshman Garrett Huffman, 14, on the controls of a mini excavator at the Klamath County Fairgrounds on Wednesday. 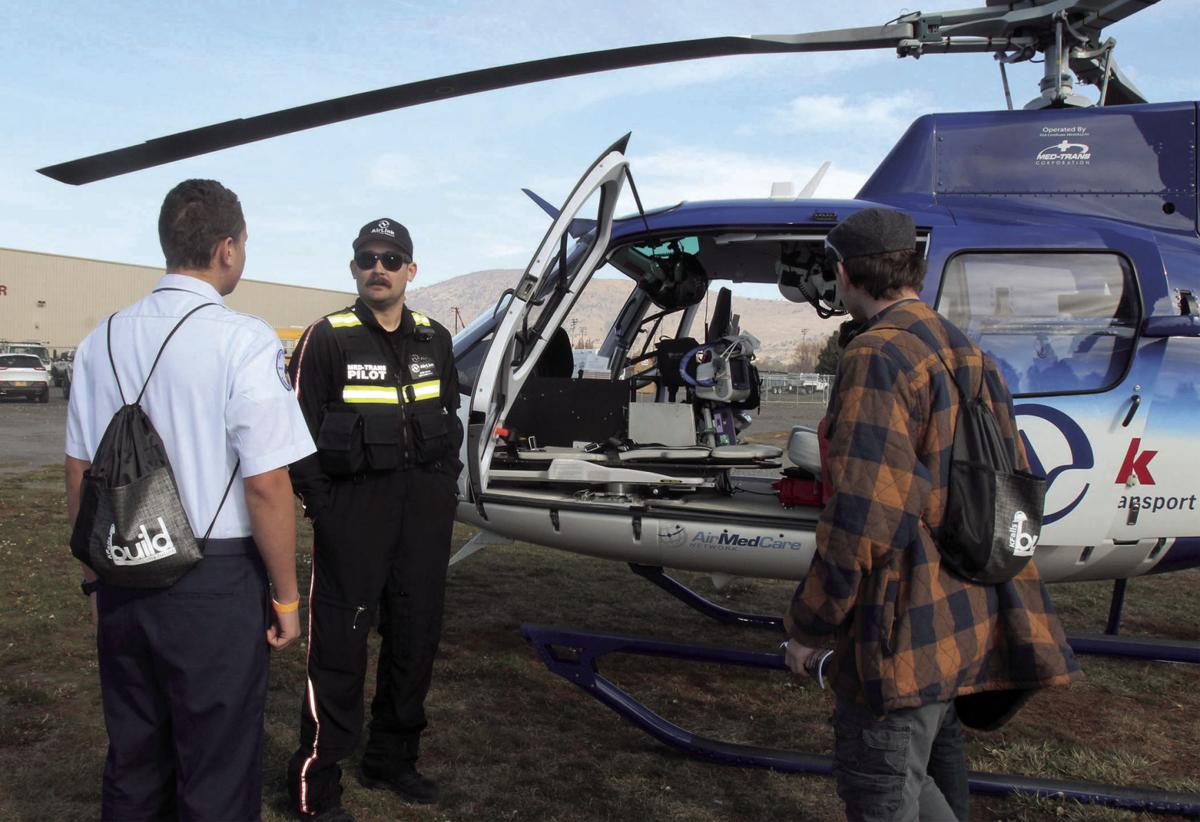 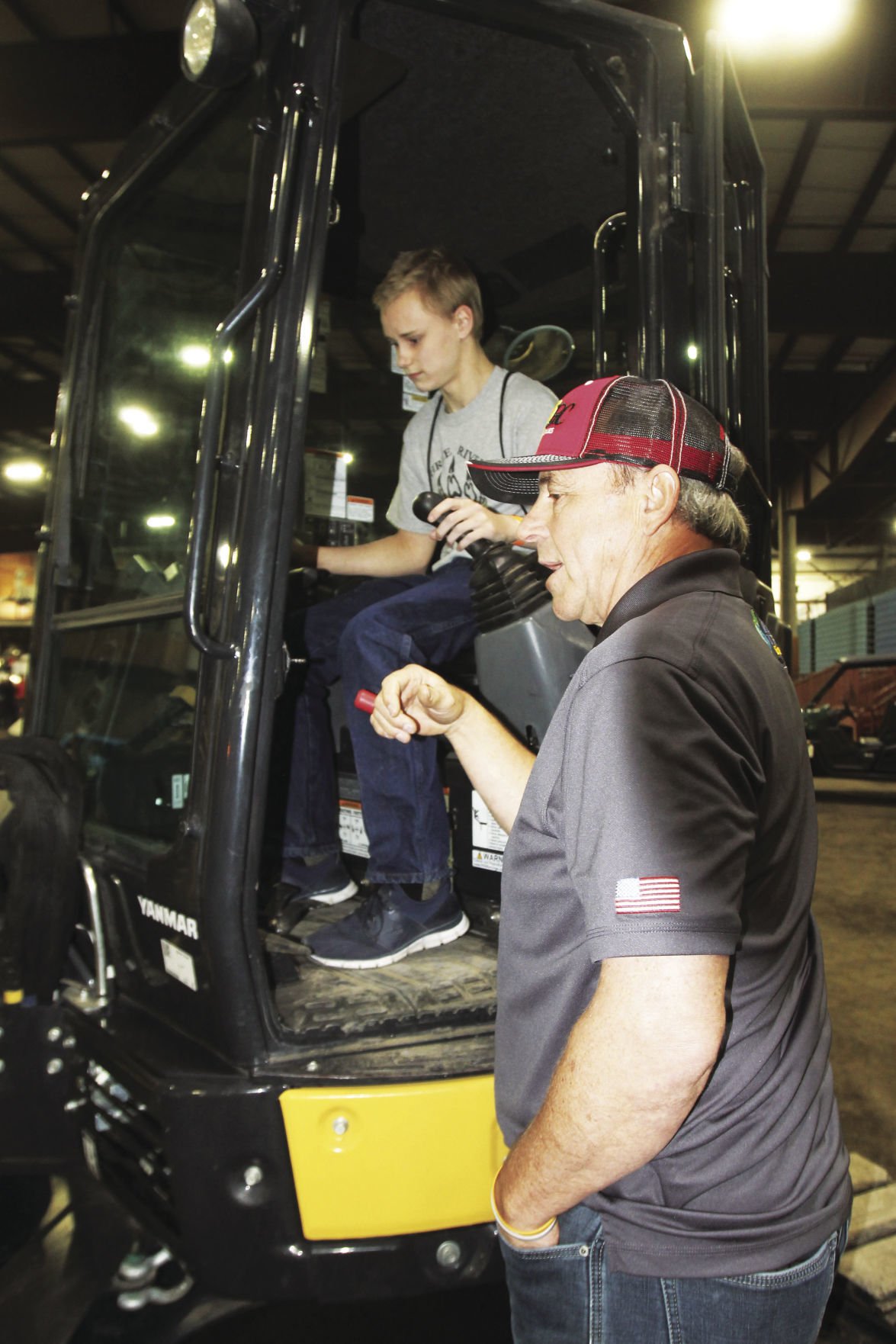 Harry Mauch coaches Gilchrist freshman Garrett Huffman, 14, on the controls of a mini excavator at the Klamath County Fairgrounds on Wednesday.

Eighteen-year-old Conner Seale has long been interested in becoming an air medic, and Thursday the Klamath Union High School senior got up close with the industry.

Staff from Air Link showed Seale and other students around the Air Link helicopter, which landed near the Klamath County Fairgrounds Wednesday morning as one of about 30 demonstrations at the inaugural Build My Future event. The event, organized by Klamath Basin Home Builders Association, drew more than 300 students from Klamath, Lake and Modoc counties.

Getting students like Seale in front of careers that more align with trades is exactly what the event is all about.

Heather Crowder, executive director of KBHBA, discovered the idea for the event through a sister home builders association and knew she wanted KBHBA to replicate it in Klamath County.

“I've been in so many meetings the last couple of years where people are like, 'We don't have enough people, we need more employees,'” Crowder said.

“This is our future … without the kids coming in, we can't do this,” Crowder added, “and if we don't have builders and guys out there moving the dirt, digging the lines and dealing with our plumbing and our electrical, our society is doomed at that point.”

Crowder said she wants to get students excited about trades that don't necessarily take four years of university education, a path not all students want to take.

“We're just hoping to give them the idea that there's other stuff out there,” she said. “College is great but it's not for everybody.”

Garrett Huffman, 14, stepped out of a mini-excavator in the fairgrounds arena and got a high-five from Harry Mauch, who helped coach him through its operation.

Huffman, who is interested in a career in engineering, was one of eight students who traveled from northern Klamath County to the event.

“I figured it would be a little tricky and it was but once you get the hang of it, it's pretty easy,” Huffman said.

Mauch, who has owned a large rental company in Klamath Falls for about 30 years, said the event promotes building confidence in students and helps them identify their skill level.

“You know who the better ones are?” he added. “The girls are way better. I think they're way more patient.”

Mauch said he had a female student light up with confidence after she took to the wheel of the excavtor.

“When kids are afraid to fail, they don't try new things,” Mauch said. “If they're not afraid to fail and they get after it, they're amazed what they can really do.”

“There are really good paying, high quality jobs out there that are available and a lot of kids just aren't aware,” Gray said. “That's the beauty of these kinds of events, and the connections they make in the local community.”

“In particular here, we have a real shortage of trade laborers,” Shaw said.

“That's part of what's causing our inability to fulfill the housing needs that we have. We just don't have enough sub-contractors here in this community to do the work that needs to be done.”

Shaw sees the event as having a long-term benefit to the community as takes time for students to get into their careers.

“Certainly there is some ability there to have a short-term benefit,” Shaw added.