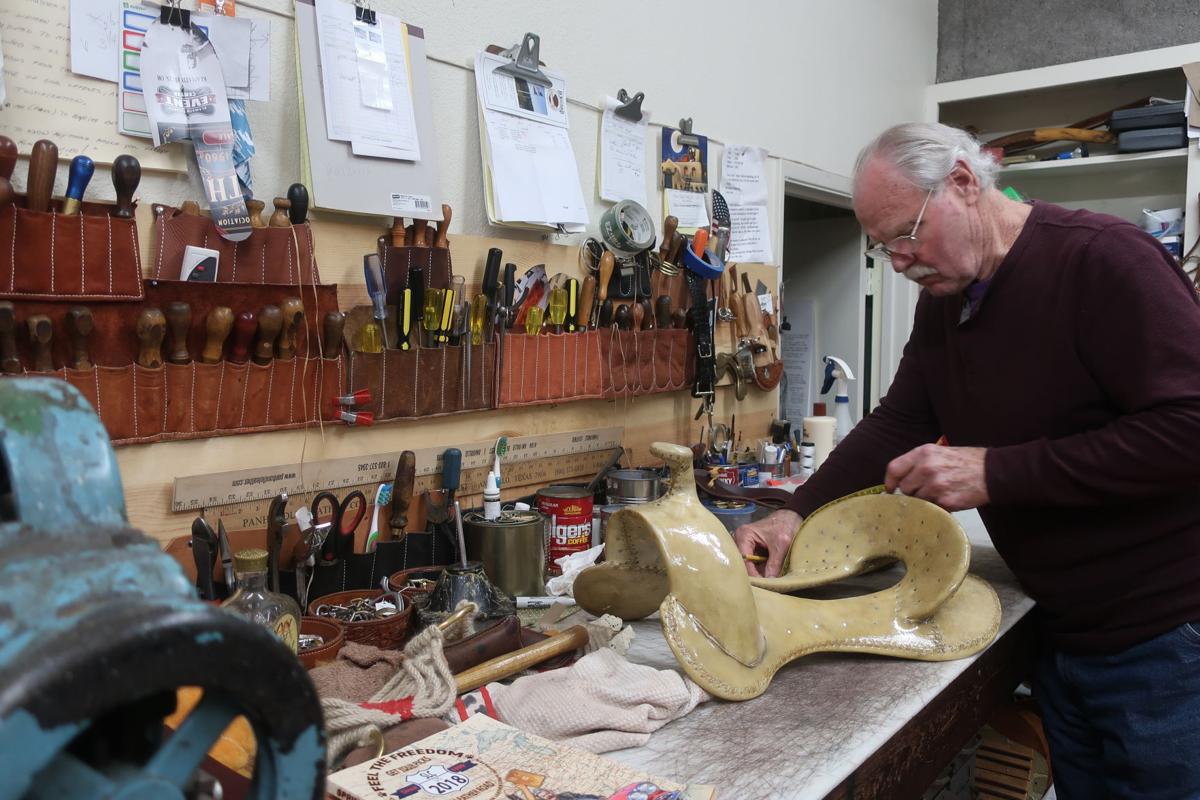 Bub Warren working on one of his last saddles before he retires after a decades-long career. 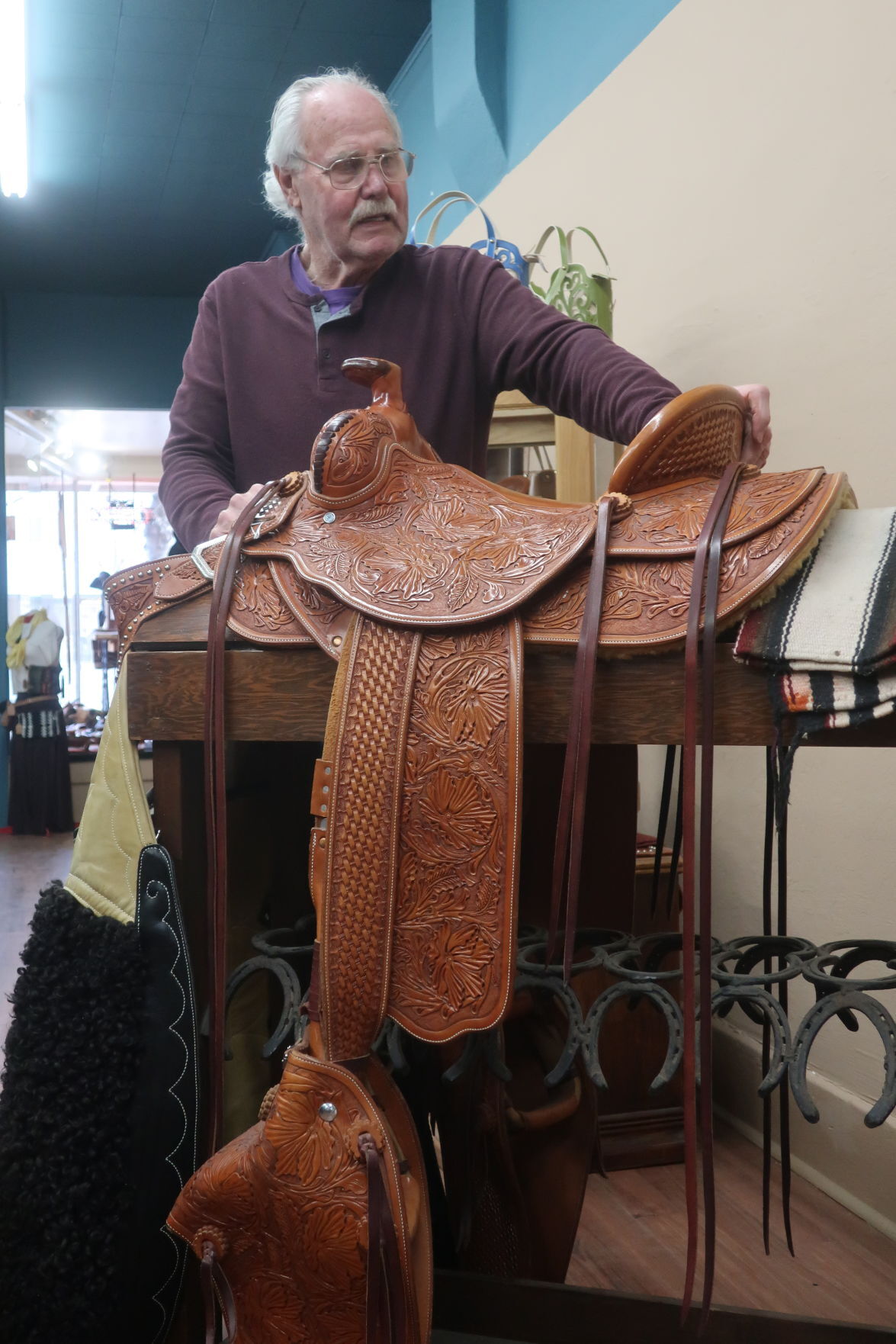 Bub Warren shows off one of his detailed, hand-tooled saddles in his Klamath Falls shop. 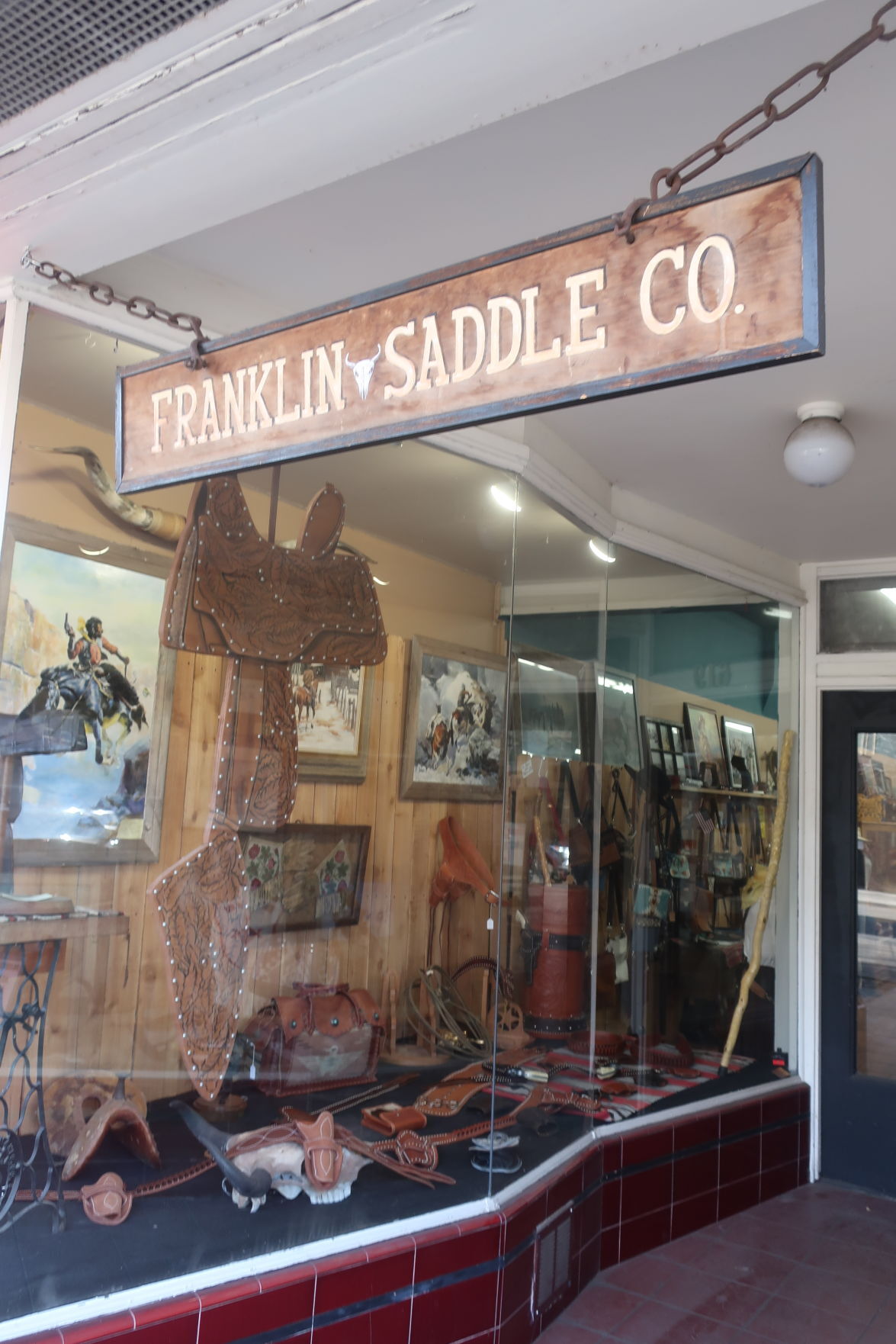 Franklin Saddle Co. in downtown Klamath Falls will soon be closing its doors. 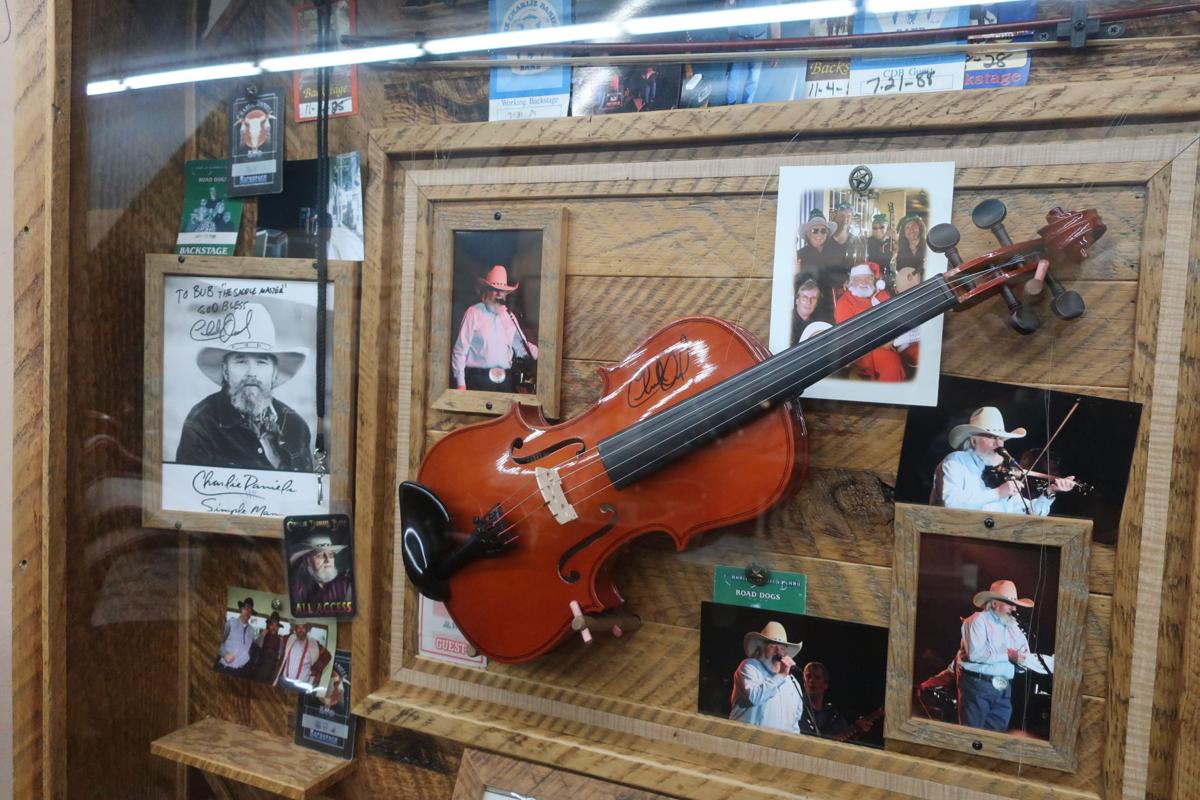 Bub Warren displays an autographed fiddle from his friend and supporter Charlie Daniels.

Bub Warren working on one of his last saddles before he retires after a decades-long career.

Bub Warren shows off one of his detailed, hand-tooled saddles in his Klamath Falls shop.

Franklin Saddle Co. in downtown Klamath Falls will soon be closing its doors.

Bub Warren displays an autographed fiddle from his friend and supporter Charlie Daniels.

After 46 years of hand-tooling more than 1,300 saddles along with countless cantinas, hat bands, holsters, scabbards, belts, chinks, chaps and you-name-it leather items, Warren says he’s ready to retire. And, even more shockingly to those who know him, insists that he’s built his last saddle.

“I’m not worn out but I’m close,” the 78-year-old Warren quietly insists from his downtown Klamath Falls store. “Even though I’m tired and near the end of the road I like coming in here. I’m glad I came here and finished it up in Klamath Falls. Klamath has been good to me.”

Warren moved his business, Franklin Saddle Co., to 619 Main St. in 2017. Over the decades, the self-described “gypsy” moved every six or seven years.

“I get tired of a place and like to look at new roads, new places and meet new people,” he said. “It’s been a really, really good business.”

During his career he has built saddles and gear designed for working cowboys.

Warren knows saddles. Over the years he’s crafted about three a month. His museum-quality pieces are known for their quality and workmanship. He’s been honored for his work by the Pendleton Round-Up and built saddles while participating at the Smithsonian Institute Folk Life Festival.

“It was always the center of my shop,” he said.

Depending on the garnish and his “sweat equity,” Warren’s saddles cost from $4,500 to $17,000. Saddlemaking is something Warren, who was born in Osage, Oklahoma, learned from Bill Long in the 1970s. He had tried his hands at many jobs by that point — carpenter, timber faller, logger, commercial fisherman, buckaroo — but nothing seemed to fit.

“I was chasin’ my tail until I found saddle making” he said. “I never looked back. For 46 years I’ve answered the bell.”

Warren learned his craft from Long, but he credits his expertise to Jerry Franklin, who passed the business to him in 1976.

“I determined I was never going to change the name,” Warren says of why his business has remained the Franklin Saddle Co. for decades.

As Warren enhanced his reputation, buyers have come from across the U.S., Europe, Australia and elsewhere. Some he’s met, others he hasn’t.

“I don’t know how many guys have walked into my shop and said, ‘You made a saddle for me in ’81 or ’85’ or who knows when. That what drives me to make that perfect saddle, that appreciation from those guys, those working cowboys,” he said. “What has been the most fun for me is the friendships made from building saddles.”

One of the friendships made through saddle making was with country singer-fiddler Charlie Daniels, who died earlier this month.

A showcase in his store includes photos of “me and Charlie” and features a Daniels autographed fiddle.

“He’d call me and tell me to come see him if he was doing a show anywhere near,” says Warren, who estimates he went to at least 40 of Daniels’ concerts. “He always got me a room, got me dinner and we’d have about 30 minutes together.”

“I’m going to work on my novels,” he says, explaining that he’s written 13 mostly western-themed books, including one that begins on the final day of the Civil War. Warren often writes and edits from about 6-10 a.m. each morning. “I only have five or six that I think are publishable. If they don’t sell, I’ve had fun writing them.”

During the COVID-19 pandemic, Warren has had time to work on his books. Over a two-month period, he estimates he earned only about $40 in sales. But business has been brisk since he officially announced his retirement.

“People know I’m leaving. They’re bringing everything in,” he says of the onslaught of gear that people want him to repair. “They say, ‘Surely you can fix this.’ Some of it belongs in the junk pile.”

And his last saddle?

It’s going to a family from Powell Butte. That upset another longtime friend who over the years has bought several saddles.

“He wanted that last one,” Warren said. “But I’m not going to make any more. I’m done.”

Warren, whose given first name is Glen, plans to retire near Redmond in central Oregon to be close to his daughters, Kimberly and Kristine Warren.