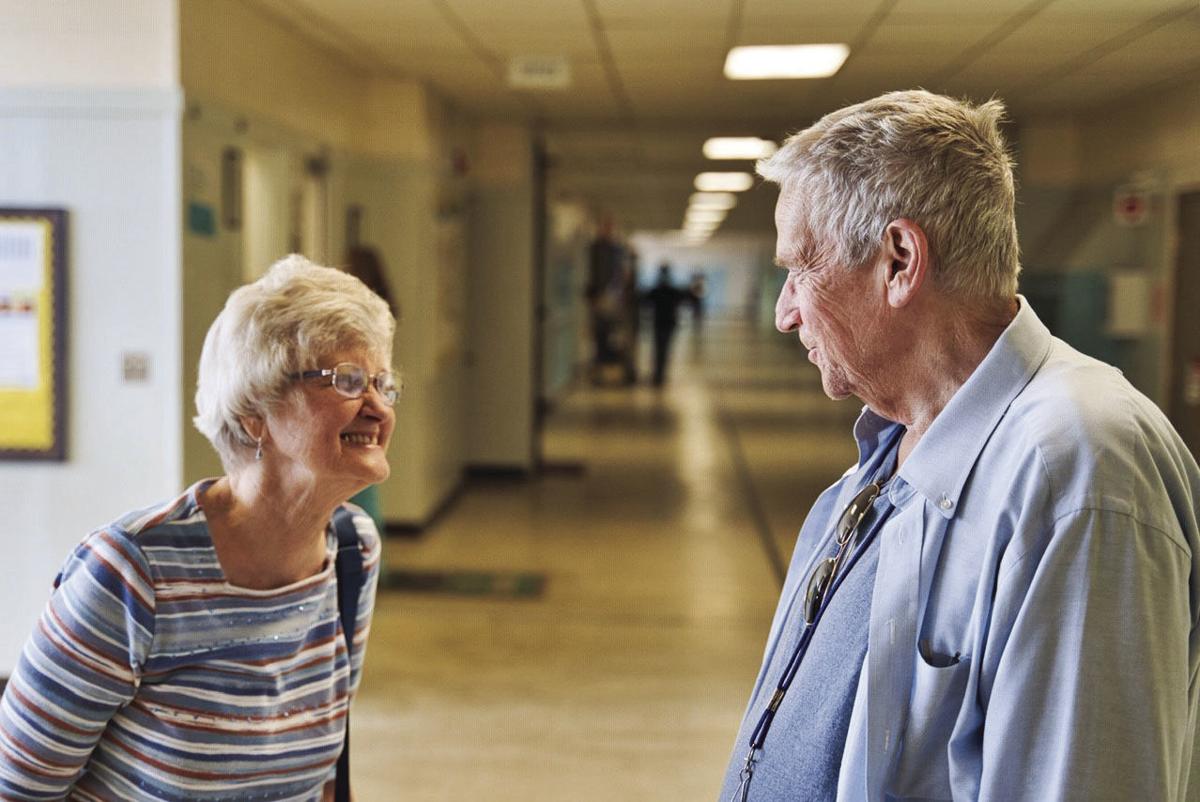 Larry Ferguson, a 1958 Henley High School, graduate and renowned director and screenwriter, greets his former drama and English teacher, Jayne Stuntebeck, during a visit to his alma mater last month. Stuntebeck is one of the teachers Ferguson credits with his chosen profession and success. 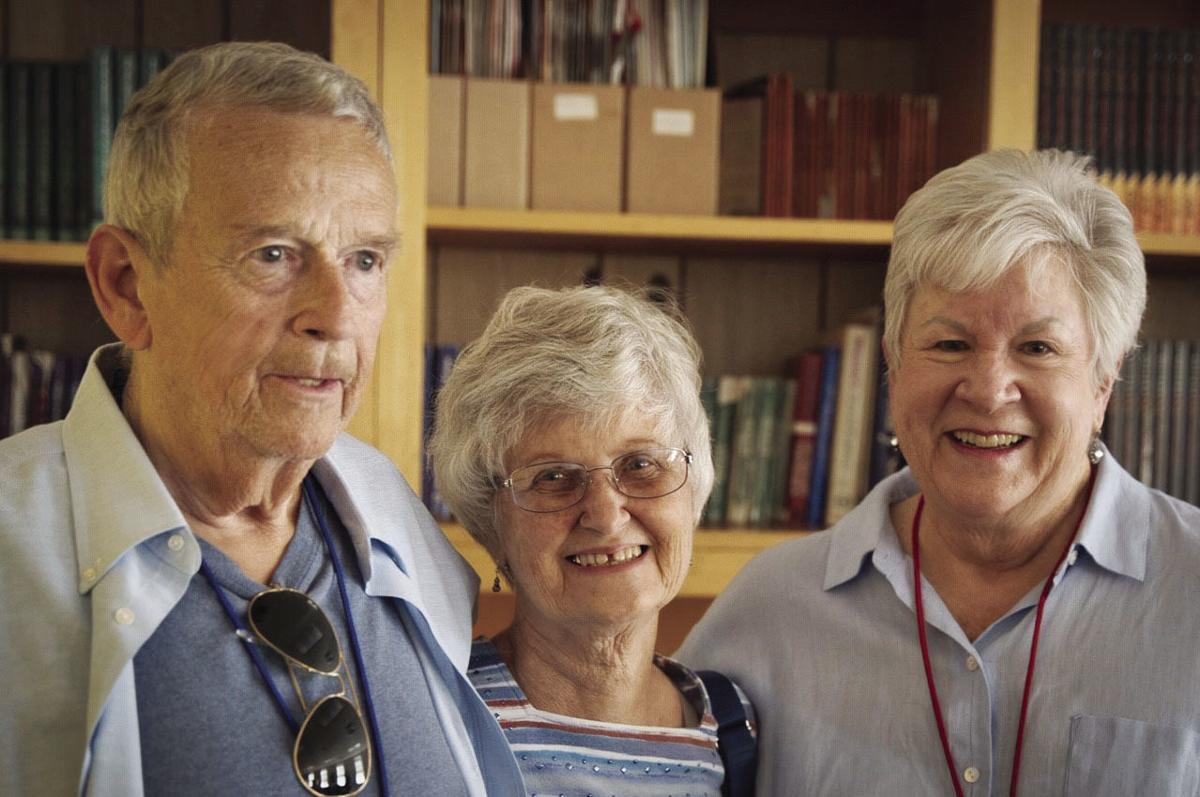 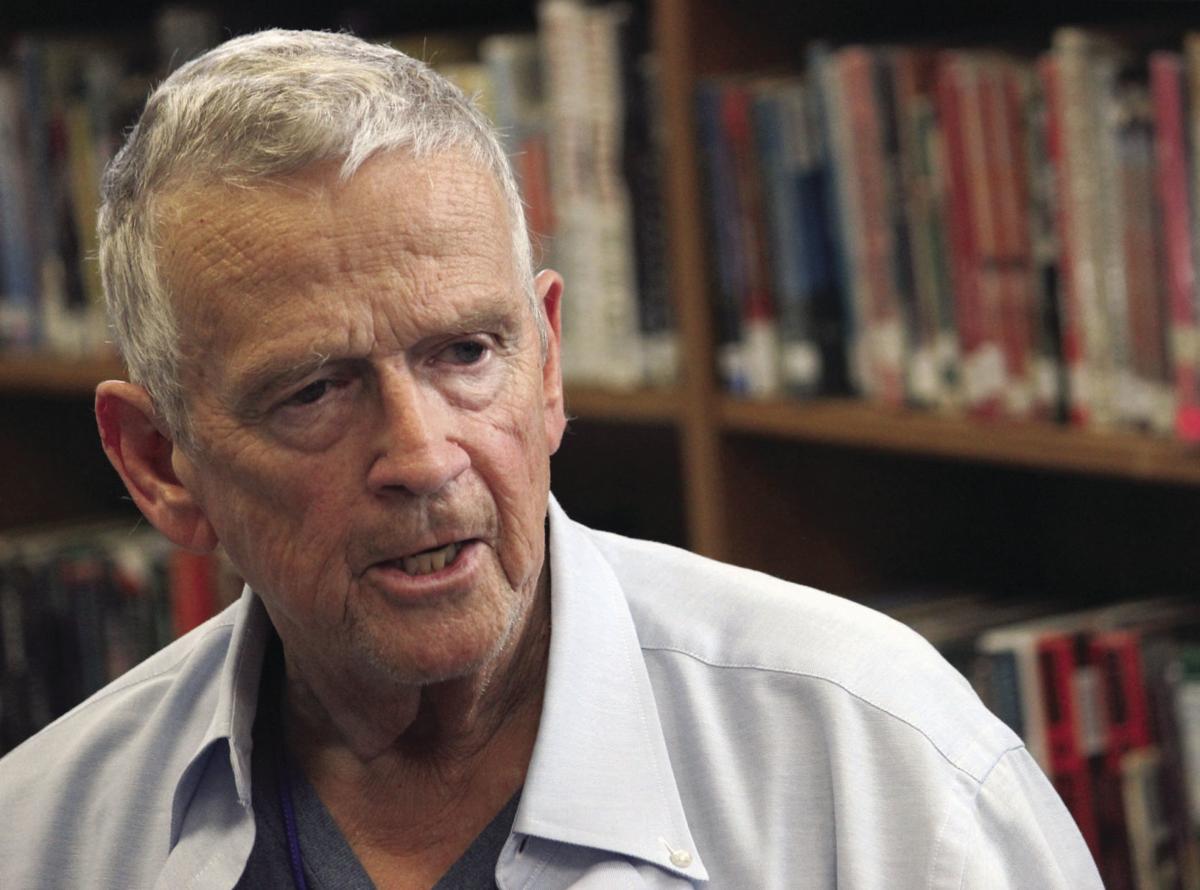 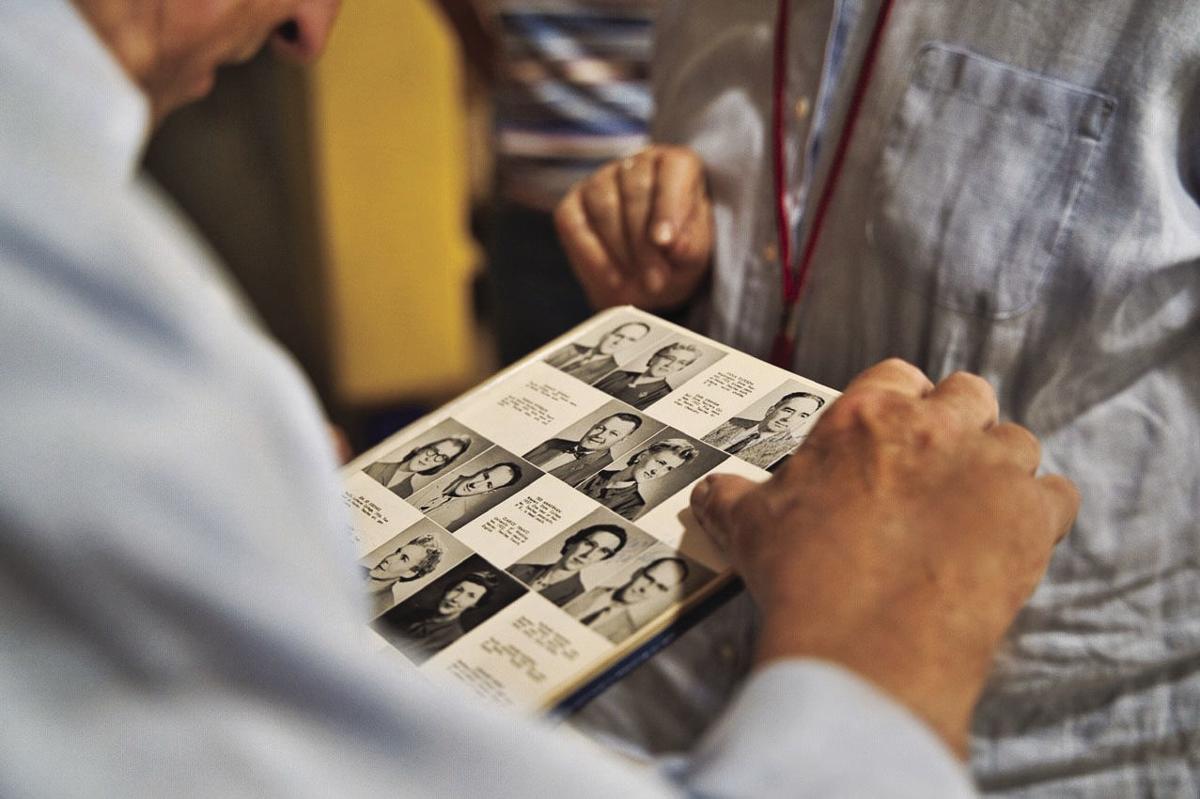 Larry Ferguson and Susie Kaylor, Henley class of 1958, look at photos of teachers in their senior class yearbook.

Larry Ferguson, a 1958 Henley High School, graduate and renowned director and screenwriter, greets his former drama and English teacher, Jayne Stuntebeck, during a visit to his alma mater last month. Stuntebeck is one of the teachers Ferguson credits with his chosen profession and success.

Larry Ferguson and Susie Kaylor, Henley class of 1958, look at photos of teachers in their senior class yearbook.

Because of a teacher, 1958 Henley High School graduate Larry Ferguson is a renowned actor, director and screenwriter of 13 films including “The Hunt for Red October,” “Highlander,” “Beverly Hills Cop II,” and “Alien 3.”

But as a student at Henley High School, he had two teachers — Jayne Stuntebeck and Barbara Dehlinger — who didn’t subscribe to that way of thinking.

“I’ve had really great teachers, and the greatest teachers, like Jayne and Barbara, didn’t beat me into submission until I could regurgitate something that they decided was wisdom,” he said. “They basically created a world where I discovered wisdom for myself.”

Stuntebeck was able to join Ferguson when he returned to his alma mater last month to walk the hallways and recapture some of the memories of his youth, including his stage debut.

The two hugged as they reconnected for the first time in more than 50 years, immediately comfortable with each other and their shared memories.

Joining the reunion was Ferguson’s classmate, Susie Kaylor, who is editing the screenwriter’s first book and arranged his tour of the former Henley High School building. The duo shared their senior class yearbook, which featured photos of both of them.

Ferguson and Stuntebeck walked side by side, chatting as they wandered the hallways.

Ferguson at one point began reciting a poem from his 11th-grade English class. His former teacher finished the verse. The two then gave each other a high-five.

But there were serious moments as well. “I never had a teacher say to me, ‘You’re kind of unusual. If there’s something you want to do, let me know,’ and actually mean it,” Ferguson told Stuntebeck as they walked down the hall toward her former classroom.

Stuntebeck had done just that. Ferguson took her at her word and told her he wanted to play the part of a character he had seen in a television movie. Stuntebeck got the rights to the screen play, the school’s drama department put on the performance, and Ferguson’s future was launched.

Ferguson told that story to the drama class at the middle school, easily capturing the attention of the students as he started talking about his life path, which started in the same classrooms they sit in today.

“I’ve worked with some of the most interesting people in the world. When I was here, in this school, I was like you, and I was really lucky, and I had a really wonderful teacher,” he said, describing the time when he told Stuntebeck he wanted to portray that particular character. “I played the part, and she directed me and really got me started in believing that I could do a lot of things I didn’t know whether I could do or not. … She got me to believing in myself.”

Ferguson started his career as a stage actor, working in New York and in San Francisco as one of the founders of the American Conservatory Theater (ACT) before eventually becoming known as one of the top screenwriters for Paramount Pictures. He taught at UCLA for a time before starting his own theater school in Hollywood. He has a master’s degree in rhetoric and public address and also has taught screenwriting at the University of Oregon.

At Henley, Ferguson was a member of the drama club as well as a three-sport varsity athlete, participating in football, basketball, and track. He recalled one of his coaches telling him, “If you gave half as much in athletics that you gave to other stuff, you’d be a great football player.”

“And,” Ferguson recalled, “I’m looking at him thinking, ‘Who wants to be a great football player?’ I cared about English. I cared about poetry. I cared about …” Stuntebeck smiled as she finished his sentence for him: “Words.”

Stuntebeck said she never would have predicted her former student would be so successful, but admitted at the time she did worry about his choice for a career path. Theater, she said, is a hard business.

“Whether she expected it or not, she definitely paved the way for me,” Ferguson said. “She rewarded me for stuff that other people would say, ‘Sit down, Larry, and be quiet.’ … Jayne was an inspiration to me, and Barbara (Dehlinger) was also a great, great help.”