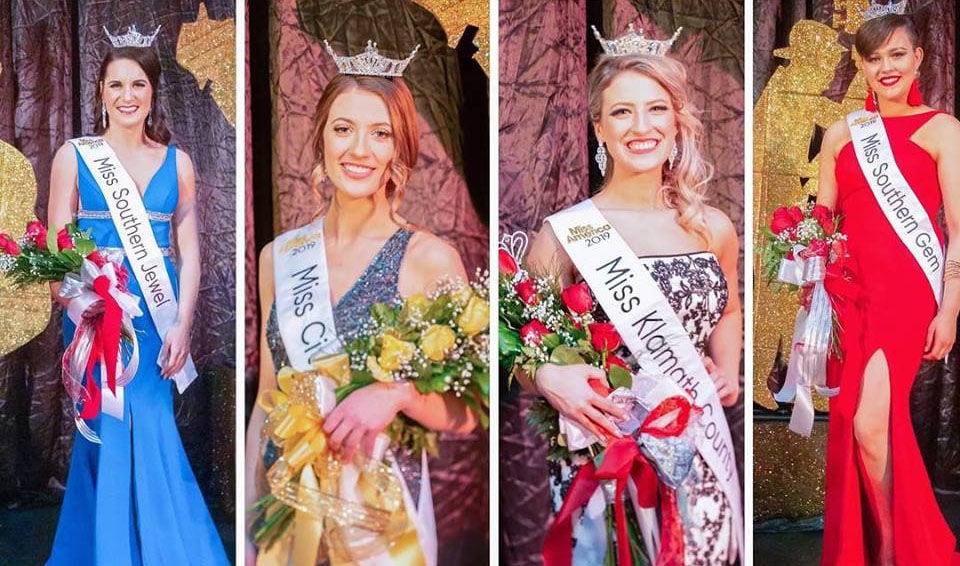 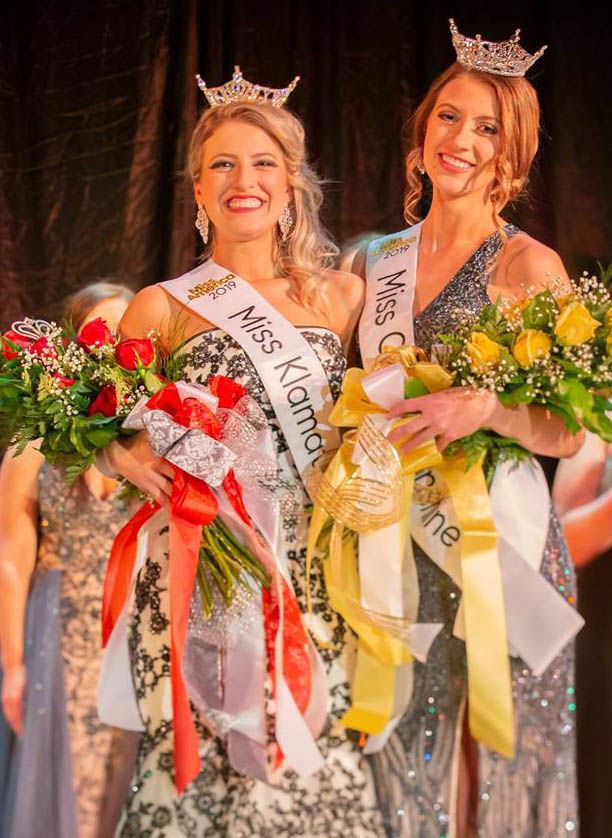 Tori Brooks, left, and Madison McCuiston were crowned the 2019 Miss Klamath County and Miss City of Sunshine on Saturday at an annual pageant presented by the Women’s Scholarship Foundation of Klamath County.

Tori Brooks, left, and Madison McCuiston were crowned the 2019 Miss Klamath County and Miss City of Sunshine on Saturday at an annual pageant presented by the Women’s Scholarship Foundation of Klamath County.

It was a full weekend of talents, glamour, intelligence and pageantry on full display with annual scholarship pageants held Saturday and Sunday honoring young women in the Klamath Basin.

Presented by the Women’s Scholarship Foundation of Klamath County, Saturday marked the 44th rendition of the Miss Klamath County-Miss City of Sunshine Pageant, held at Mills Auditorium in Klamath Falls. Nine contestants competed this year, in an event themed as “swing time.”

Under scrutiny of judges and with a large crowd present, each contestant showcased individual talents, answered questions, presented evening wear, and offered choreographed entertainment. Joining them on stage at one point were the male Klamath Union High School contestants from Friday evening’s Mr. Pelican Pageant for a choreographed dance number as well.

McCuiston earned the title of Miss City of Sunshine, and with it a $4,000 college scholarship and $1,500 in-kind KCC tuition scholarship. Additionally, she was the recipient of the $1,000 “Care for Our Community” Scholarship, the $400 “Four Points of the Crown” Scholarship, and a $400 “Miracle Maker” Scholarship. McCuiston was also granted the People’s Choice and Kindness awards.

With their titles and tiaras in hand, both Brooks are McCuiston are now eligible to compete in the Miss Oregon Scholarship Pageant in June.

Brenda Patterson was named Hostess of the Year, and Lori Worthington received the Special Award.

The annual pageant in all offered over $25,000 in scholarships and prizes, and serves as an official preliminary pageant for the Miss Oregon and subsequent Miss America Pageant. Since its inception the pageant has provided roughly $500,000 in scholarships to women in Klamath County.