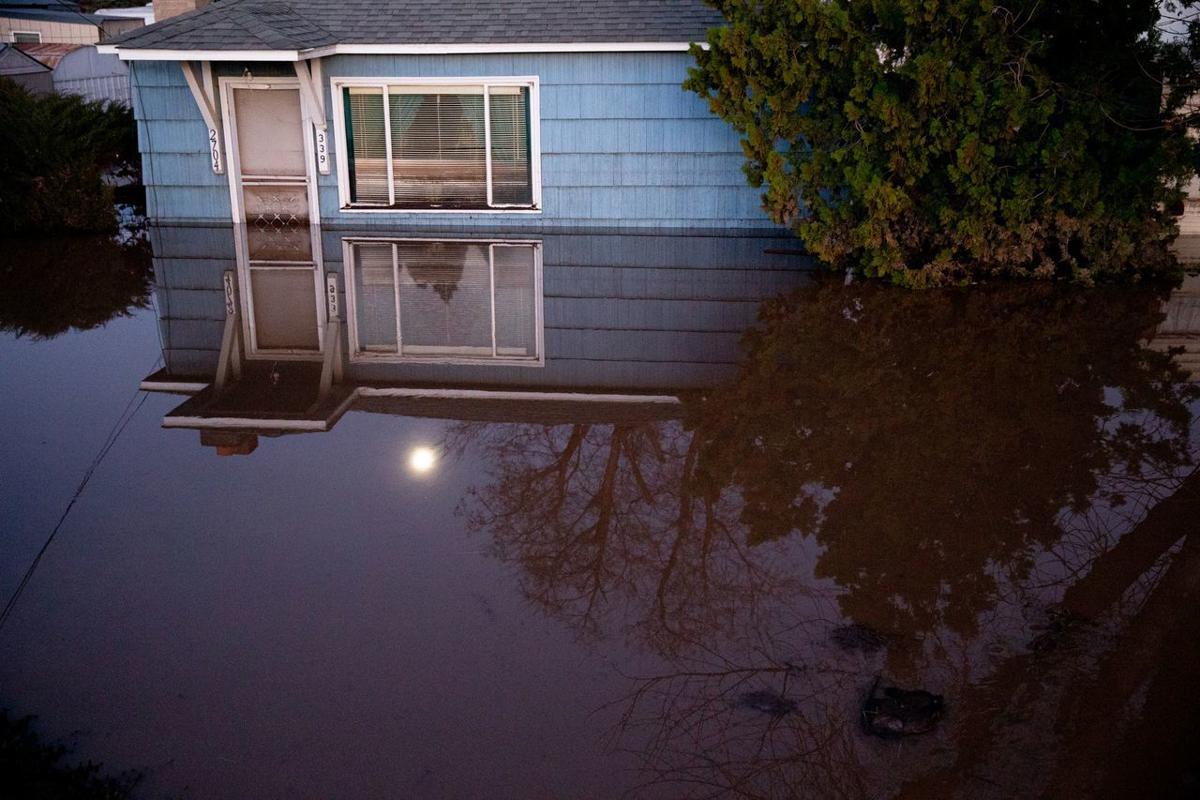 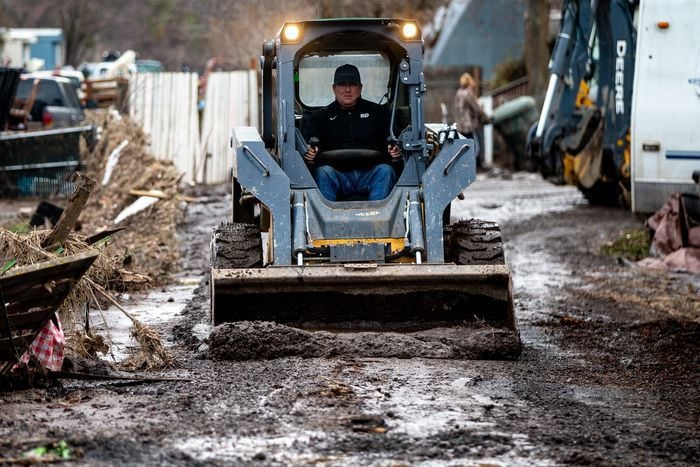 Cleanup is underway at Riverview Mobile Estates mobile home park in Pendleton on Sunday. The mud was drying and family members and neighbors were helping haul away debris. 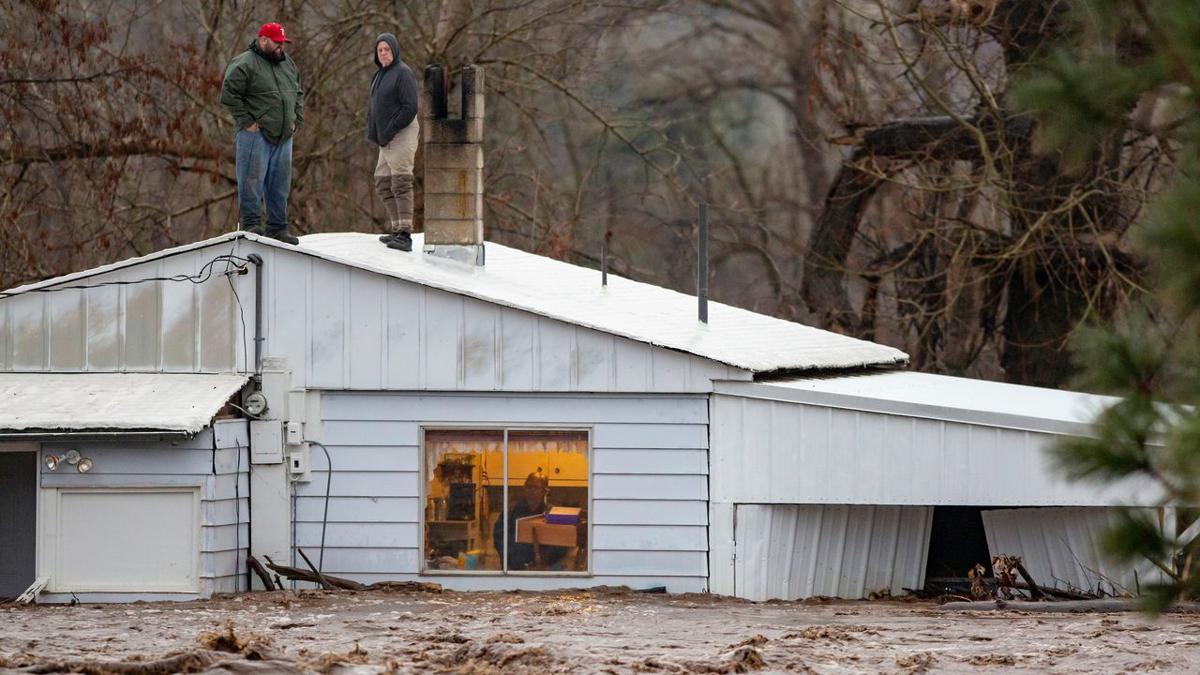 Nate Fuller and Archie Morrow await rescue last Thursday on the roof of a home in Thorn Hollow outside of Adams, Ore.

The pair were stranded when they attempted to rescue the elderly couple who were stuck in the house as waters from the Umatilla River began to rise. All were rescued by helicopter that evening.

The floods are all but gone, according to the local East Oregonian newspaper. And no regional flood warnings are in effect. But the flooding has left lasting effects throughout the region.

Here’s what you need to know about the flooding and its aftermath:

Why did it flood in the first place?

In short: Heavy rain and snowmelt caused significant runoff into rivers and streams.

The Umatilla, Grande Ronde and Walla Walla rivers were among those that flooded, a National Weather Service meteorologist said.

How widespread was the flooding?

Pendleton, Hermiston and Walla Walla were among the areas that experienced significant flooding.

One woman died. What happened?

Janet Tobkin Conley’s body was found on the Bar M Ranch property in Bingham Springs, about 30 miles east of Pendleton in the Blue Mountains. The Umatilla River runs adjacent to the town.

Neighbors last spoke to Conley on Thursday, as floodwaters were beginning to rise. She said then that she wanted to stay in her home, authorities said.

Volunteers from Umatilla County Search and Rescue and the Oregon Air National Guard started searching for Conley on Saturday. Search and rescuers went door-to-door, and no one reported having seen Conley.

No other fatalities have been reported.

How many people have been rescued?

The Oregon Army National Guard rescued 54 people, 10 dogs, a cat and a rabbit stranded by flooding.

Interstate 84 is now back open across eastern Oregon.

The final stretch of interstate that remained off-limits after a widespread closure reopened Sunday evening.

Drivers can now travel the interstate unabated, though traffic is down to one lane in both directions for a several-mile stretch near Hermiston. The speed limit there is 45 mph because of road damage and repair work. Officials have yet to set a time when the second east- and westbound lanes will reopen.

The only highway that remains closed is Oregon 204. Nearly 11 miles of the state highway are closed west of Elgin.

Drivers should view TripCheck.com for the latest travel information.

It looks pretty favorable. The next chance of rain in Pendleton, for example, comes Thursday.

What’s next for the flooded area?

Authorities will continue recovery efforts, which include assessing damage and planning and undertaking repairs.

How can I help flood victims?

The American Red Cross encourages monetary donations so funds can be used to get people what they need after assessments have been made.

Donations can also be made to the Community Action Program of East Central Oregon, which will help evacuees secure housing and meet immediate food needs.