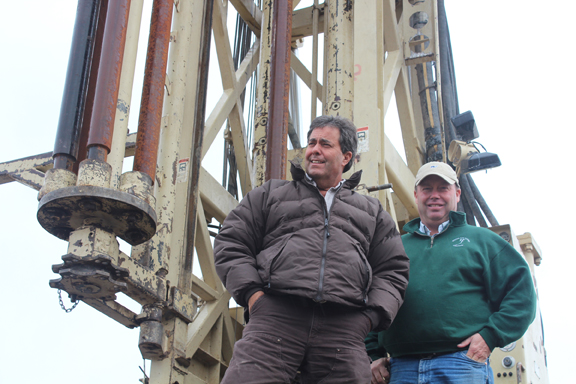 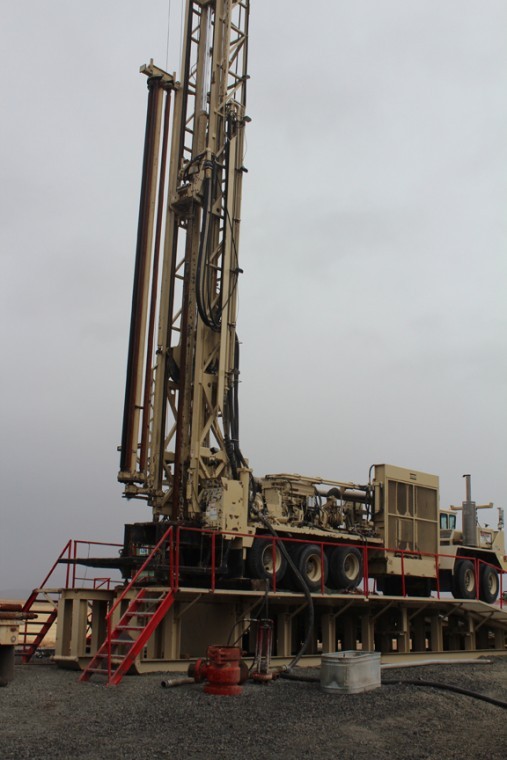 By the end of 2013, the Klamath Basin could be one of four sites in the world using a new type of geothermal energy.

Final drilling to check temperatures and potential kilowatts took place last week for two possible plants. One is in the Lower Klamath National Wildlife Refuge. The other is situated a bit north on private land owned by Mike Noonan, a Klamath Basin farmer and president of Entiv Organic Energy, a company formed to pursue such projects.

“Water and power are the twin resources we need in the Basin,” said Noonan, noting that these projects could help with both.

Thus far, high-volume, low-heat geothermal energy plants of this sort operate only in Germany, Japan and Iceland. The technology was created by Technip, a French company whose research indicates a perfect match in the area’s geothermal resources. They have also partnered with Iceland-based Mannvit for work in the Klamath Basin.

Wells were dug after the 2001 water shut-off searching for subsurface water. What was found was water too warm for irrigation or wetlands, and too cool for traditional geothermal energy production. Between 190-250 degrees, the temperatures seemed to make this water worthless, until now.

“Moving water used to be cheap and now it’s not,” said Ron Cole, the Klamath Basin National Wildlife Refuges Complex manager. “The Klamath River is not the Klamath River without these wetlands and power helps us move water in and back out to the river.”

Since the dissolution of the Klamath River Compact and the gradual raising of power rates, the Basin has seen increased costs for moving water. This means higher barriers for refuge water conveyance.

Of the two lower Basin national wildlife refuges, Tule Lake is smaller than Lower Klamath — it also receives reclaimed agricultural water from much of the Klamath Basin.

In order for that water to be transported between refuges to supplement water provided by the Bureau of Reclamation, Cole explained it must be pumped from D Plant, literally through a mountain, which takes expensive power.

“It used to cost 33 cents to move an acre foot of water and now it costs $9.23,” Cole said. We have the techniques, the ability and the plumbing system here in the refuge — everything but the water. It’s all about the timing of water pumping, taking it strategically on and off.”

“These geothermal plants will make rates cheaper for agriculture and for the refuge,” Noonan said. “Entiv has paid every bill here so far, it hasn’t cost taxpayers anything and there’s no consumptive use of water because it’s all sent back underground.”

“I’m pumped up,” said Cole, who mentioned Oregon Institute of Technology had previously assessed the refuge site as containing no more than 100 kilowatts, well shy of the 10 megawatt capacity Entiv expects.

Ron Cole, the Klamath Basin National Wildlife Refuges Complex manager, said the hope is to complete the environmental assessment for these new geothermal projects before Christmas, which stipulates a 30-day public comment period.

He said Feb. 1, 2013 was a good goal to have the National Environmental Policy Act process completed by, given the help of the Department of Energy.

Though Cole never expected to be establishing power generation in a wildlife refuge, though he said its minimal environmental impact and positive impact on water and power convinced him of its importance.

Cole expects the projects to be online by the end of 2013. And though power purchase agreements haven’t been completed, the interconnections to the power grid are already in place.

“It’s got to be real, it’s got to create power, it’s got to help the refuges,” said Mike Noonan, a Klamath Basin farmer and president of Entiv Organic Energy.

“These are important cultural sites for them, the historic banks of the Lower Klamath," he said.

And though the wells had already been drilled, the recent work by energy companies Entiv, Technip and Mannvit took place atop a special sheeting. That way, when the gear is removed, so will the footprint.

Cole noted that the work is being done in a former gravel pit so that no new sites would be disturbed. The water would be carried in preexisting canals and the future energy would be transported through preexisting power lines.