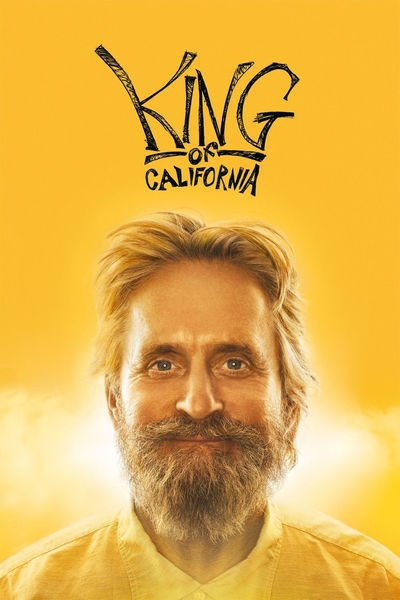 “King of California,” a film about an eccentric father on an eccentric quest to find hidden treasure, is one of many hidden gem films available to watch for free on YouTube. 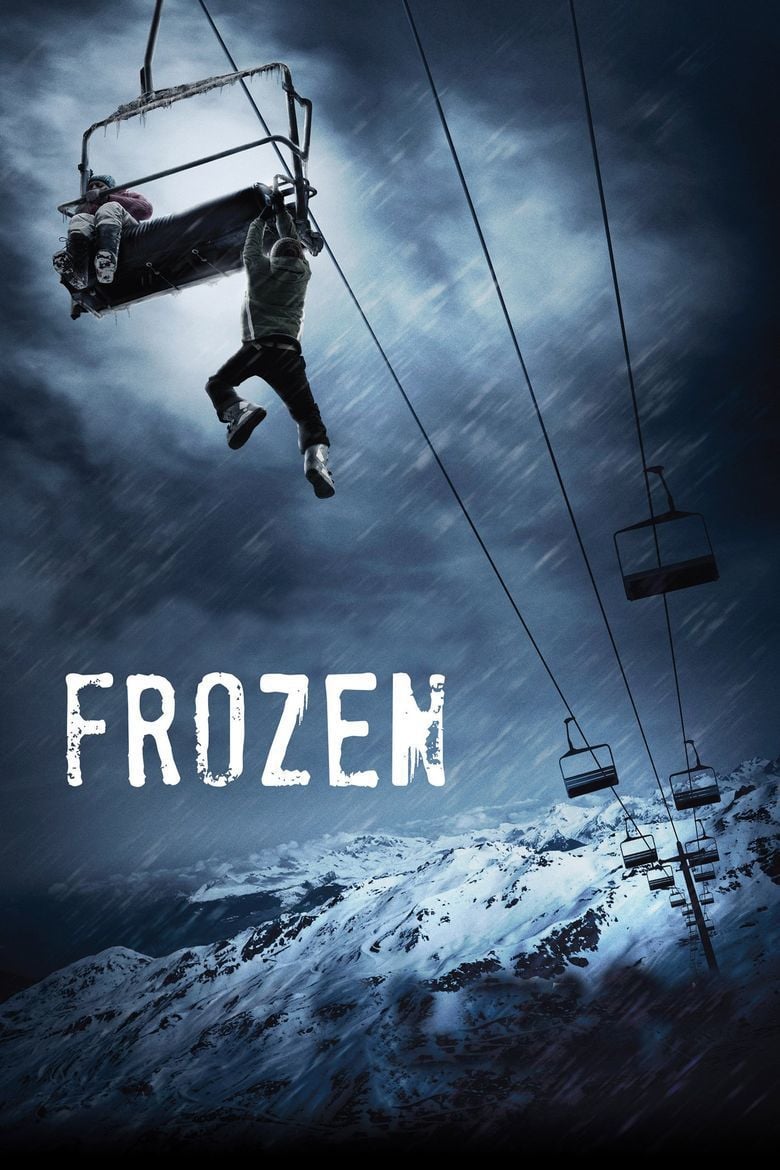 Frozen tells the story of three friends stuck on a ski-lift forced to make perilous life-or-death decisions, available to watch for free on YouTube. 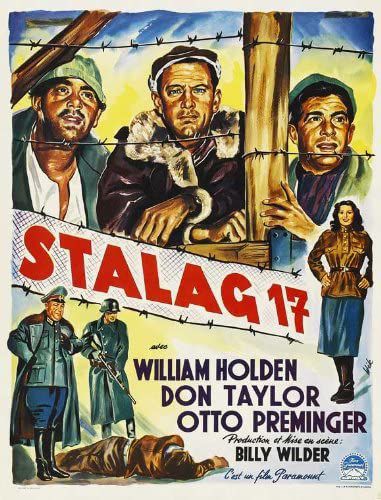 Stalag 17, a 1953 classic film about American P.O.W.s during World War II, is available to watch for free on YouTube. 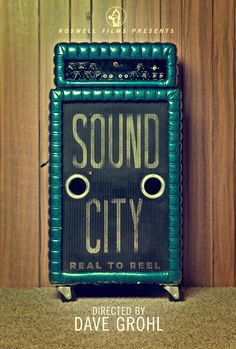 Sound City, a documentary created by Dave Growl, tells the story of an iconic recording studio and the people and artists who created history there; available to watch for free on YouTube.

“King of California,” a film about an eccentric father on an eccentric quest to find hidden treasure, is one of many hidden gem films available to watch for free on YouTube.

Frozen tells the story of three friends stuck on a ski-lift forced to make perilous life-or-death decisions, available to watch for free on YouTube.

Stalag 17, a 1953 classic film about American P.O.W.s during World War II, is available to watch for free on YouTube.

Sound City, a documentary created by Dave Growl, tells the story of an iconic recording studio and the people and artists who created history there; available to watch for free on YouTube.

Okay, so theaters are closed, restaurants are takeout only, live entertainment is a no-go, and most are stuck at home waiting out the virus’ spread. Sure, there’s Netflix and other streaming services, at a cost, but for those on a tight budget waiting out current events and going stir-crazy at home, free films are also readily available via YouTube.

With ample time to catch up on the films, books, games and honey-do lists that had been delayed indefinitely in favor of other obligations, where to begin with a sudden abundance of free time? Here are 10 films that you may have missed but are worth your time, and available to view for free online on YouTube.

Part science-fiction, part horror film, all psychological thriller; this brilliantly written 1997 independent Canadian film depicts six strangers who find themselves imprisoned in a gigantic cube filled with deadly traps and no concept of how they got there or why. Each room comes with its own perils, and constantly shift. Survival means solving the formula behind each room, utilizing their skills and what few items they possess to outsmart the diabolical cube. Will they figure out the system to determine the path to the exit cube?

The film epitomizes what is possible on a limited budget. Shot in just one “cube” room that was modified slightly for each subsequent scene, the film is a test of the mind and tense throughout, with fantastic effects for the budget available. Though it garnered less than a million dollars in theaters in very limited release, the film has become a cult classic hit, spawning several sequels.

A father-daughter tale told amidst a treasure hunt, Michael Douglas shines as a musician recently released from a mental institution, who may be losing his mind, but believes there is a buried treasure hidden in his hometown beneath a Costco. His daughter, played by Evan Rachel Wood, reluctantly gets dragged into her father’s idiosyncratic quest, trying to keep the family afloat while unsure of what to believe about her dad’s unrelenting, and perhaps insane, effort to find hidden Spanish gold.

A comedy film matched with heartfelt drama and a very entertaining action-filled climax, the film was a flop in theaters, barely making a million dollars back on its $10 million budget. It found a following in recent years through premium channels and DVD release, but remains a hidden gem for fans of quirky films with an adventure theme like “The Goonies” and “The Fisher King.”

Perfect Bid: The Contestant Who Knew Too Much (2017)

Winner of the Best Documentary award at the Orlando Film Festival, this fascinating and at times hilarious film tells the story of Theodore Slauson, a gameshow-obsessed math teacher with a virtuoso ability to memorize prices of items featured on programs like “The Price is Right.” Slauson frequently appeared in gameshow audiences, and through development of an extensive database figured out how to crack the code to succeed on the show, hoping to become a contestant for his shot at making the perfect bid, nailing the price of each featured item down to the exact dollar amount.

Created a mere eight years after the end of World War II, “Stalag 17” almost singlehandedly revived the WWII war film genre. While Hollywood had gone full bore in promoting the war effort, once the war ended few films emerged broaching the subject, until Stalag 17 made it okay to talk about the war again.

Set in a German prisoner of war camp, the film follows a group of Americans passing the days trying to entertain themselves and plot their next escape, but when every attempt is foiled by the Germans some suspect there may be a spy in their barracks. The film, shot in black-and-white, is a charming and at times hilarious look at American soldiers making the best of a bad situation. When an officer suspected of blowing up a German ammunition train arrives at the camp, the American prisoners of Stalag 17 rally to hide the officer from the Germans before the SS takes him away.

William Holden earned the Academy Award for Best Actor in a Leading Role for his portrayal of Sgt. Sefton in the film, and Billy Wilder was nominated for Best Director. “Stalag 17,” while overshadowed by the film it largely inspired, “The Great Escape,” in the POW escape sub-genre of films, remains a poignant, funny, dramatic and tragic film. Beautifully shot with fantastic acting and compelling twists, “Stalag 17” almost 70 years since its release remains a must-see war film.

No, not THAT Frozen of Disney fame, this 2010 independent film is a spine-tingling tale of survival. Three friends enjoying a snowboarding trip convince the lift operator to let them get in one last run before the day’s end, but the lifts are shutdown before they reach the top. Now stuck on the chair lift exposed to the elements, can the trio survive the night as temperatures drop with no rescue in sight? Worse still, a pack of hungry wolves have targeted them for their next meal.

“Frozen” is a fascinating glimpse at average people thrown into an extraordinary situation, stuck with the dilemma of trying to find a solution to survive two imminent deadly threats: wolves and the cold.

A must-see for fans of rock music, this documentary, created by Dave Grohl of Nirvana and Foo Fighters fame, tells the story of an iconic recording studio in Los Angeles where countless timeless songs and albums were created – Sound City Studios.

Told through interviews and historic recordings, the film features stories of their personal experiences at Sound City from legends of music like Stevie Nicks, John Fogerty, Frank Black, Tom Petty, Bob Mould and many more.

The film presents an intriguing look at how recording studios progressed from analog to digital recording, and artists whose career-defining songs that were made at Sound City collaborate to preserve the iconic studios’ rare equipment following its shutdown.

Nostalgic for 1990s music, games, and cliché aesthetics? This film about high schoolers with a knack for computer hacking is a time capsule of 1990s bliss, eccentric and absurd in many ways yet entertaining throughout.

The film starred several relative unknowns at the time who have gone onto have impressive film careers such as Angelina Jolie, Matthew Lillard and Jonny Lee Millers, the film is a guilty-pleasure fun watch that may not be award-worthy, but packs plenty of quirky characters, funny moments, Gen-X dialogue ramped up to corny extremes, and a glut of 1990s computer graphics that are delightfully tacky by today’s standards.

Talk about a film that knows exactly what it is, “Dudes and Dragons” is a hilarious, zany, over-the-top spoof of the medieval fantasy adventure genre. Told with a Dungeons & Dragons motif but ramped to ridiculous levels of cheesiness, the film is an intentionally bad tribute to tales of knights, wizards, princesses and dragons that consistently breaks the fourth wall to let the audience in on the joke.

Surprisingly well-written and funny throughout, “Dudes & Dragons” defines the term guilty-pleasure, with campy moments that take a Marvel-style spin bringing fantastic one-liners to action-filled scenes. For fans of films like “Conan the Barbarian,” “Swordmaster,” and other fantasy tales filled with swordfighting and muscle men from the 1980s, this film spoofs them all to hilarious proportions as both a bad parody and simultaneously loving tribute.

Originally a made-for-TV movie, this gritty true story of an American battalion of soldiers that get stuck behind enemy lines during World War I shows the will to endure and survive against insurmountable odds. Starring 1980s child actor star Ricky Schroeder, the film follows a collective of Irish, Italian, Polish and Jewish immigrants all from New York flung into the frontlines with barely any training or experience, yet become a thorn in the German’s sides.

In contrast to World War II, few films have been made about the first world war, and fewer still show the harsh realities endured by the soldiers as well as “The Lost Battalion.” With renewed interested in World War I following the release of “1917” and last year’s Peter Jackson documentary, “They Shall Not Grow Old,” this true story presents a lesser-known aspect of America’s participation in the war to end all wars, and how American perseverance helped turn the tide.

Not a film, but rather a YouTube channel worth checking out for both kids and adults, this animated series is an informative lecture series detailing fascinating people, places and events in world history. Broken down into 10-minute videos, the six-part series on the 1918 flu pandemic is not only timely considering its apt comparisons to the coronavirus outbreak, but is incredibly informative. If the famous phrase, “those who don’t study history are doomed to repeat it” remains true, this hour-long look at a century-old pandemic with alarming parallels to present day provides an enlightening look at how the world responded to an unknown illness, and mistakes made that compounded the problem. These videos are easy for kids to follow to better understand the unusual situation today, and very informative for adults as well.