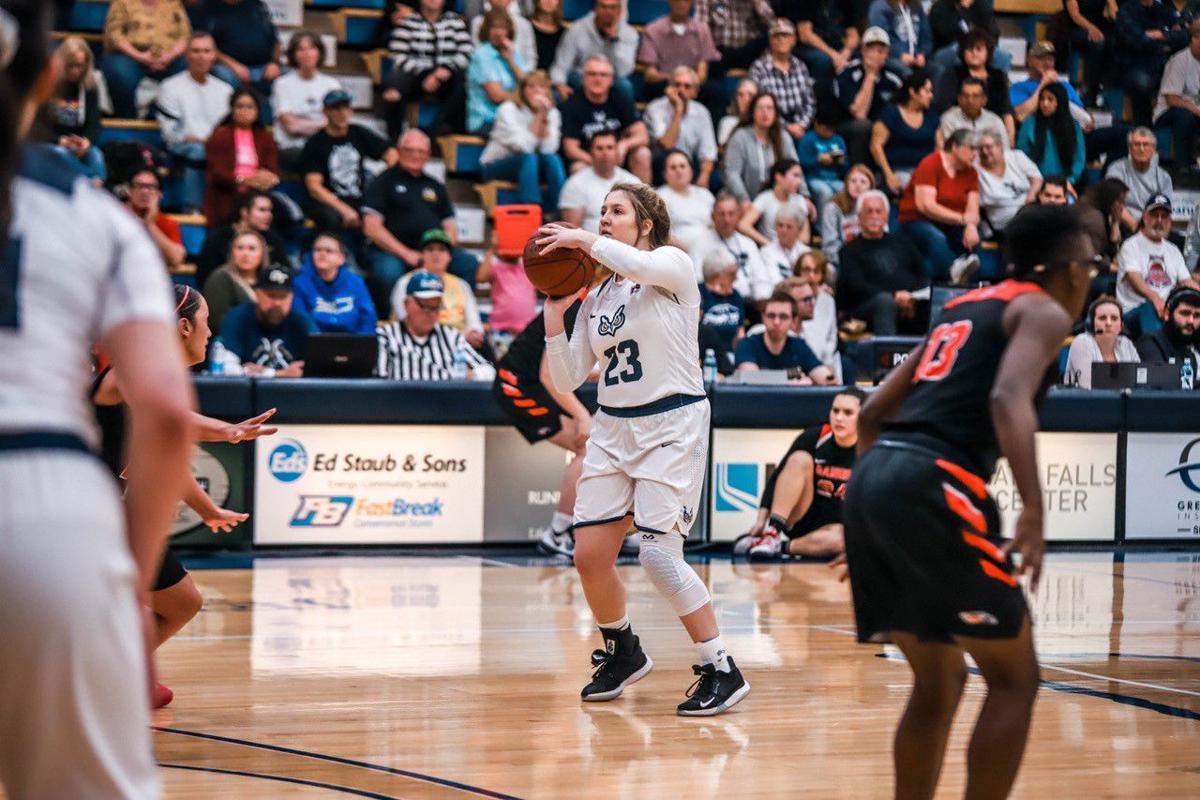 Emma McKenney puts up her only three-point attempt Tuesday against Southern Oregon in women’s basketball play. McKenney made the basket but Oregon Tech fell, 94-89. 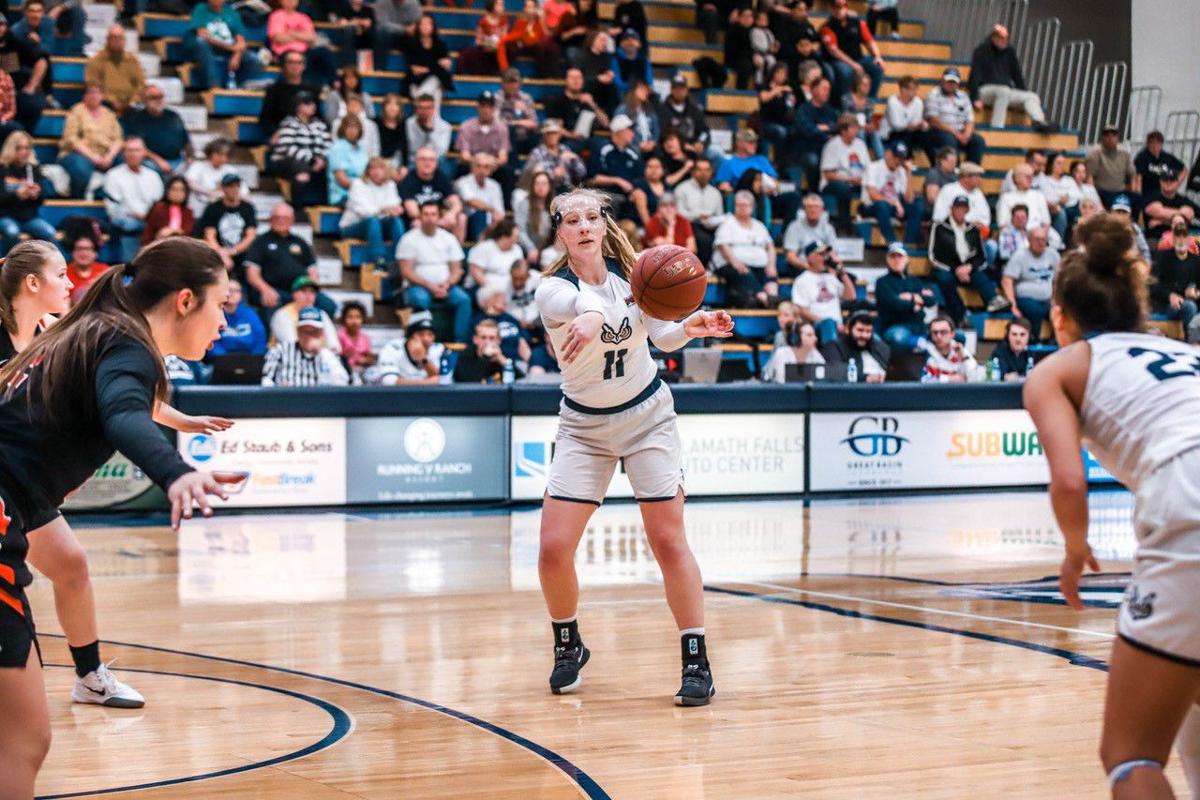 Emma McKenney puts up her only three-point attempt Tuesday against Southern Oregon in women’s basketball play. McKenney made the basket but Oregon Tech fell, 94-89.

In the process, the Raiders dropped OIT into a five team scramble for fourth place in the league.

Tech had four games remaining, starting with a 1 p.m. Friday against Walla Walla University. After the weekend series with WWU, OIT, like Southern, will complete the regular season Feb. 21-22 with home games against Warner Pacific and Multnomah.

Tuesday, the Hustlin’ Owls jumped out to a 6-0 lead, found themselves down at the end of the first period, 19-13, and then came back with one of their strongest quarters of the season, scoring 30 points, to take a 43-41 lead.

Like the first half, Courtney Clemmer opened the second-half scoring.

OIT held the lead, a couple of times at seven points, throughout most of the third period before Southern rallied to take a 67-63 lead in the final quarter.

SOU would open a 12-point lead with five minutes left to play, and Tech would get no closer than 92-89 on an Abby Kreiser three-point basket with 11 seconds left in the game.

There were nine lead changes, and four ties.

The final lead change came when Kalei Iwami hit a jump shot for the Raiders with 32 seconds left to play in the third period.

“The effort was there, but we have very little energy at the defensive end,” OIT coach Scott Meredith said.”We were supposed to defend the three, so we failed there.

“We had some very good individual offensive performances, but giving up 94 (points) on our court is a tough one to accept).”

n Clemmer’s rebounds allowed her to go over 300 for her career.

n Tech fell to 9-7 in the league. Corban is 10-6, Warner Pacific 9-7, The College of Idaho 8-8 and Northwest University 6-9. OIT needs one win to guarantee itself a place in the conference playoffs.

n Northwest Christian and Eastern Oregon both are 13-3 in the league. Southern is idle this weekend.

n Almost all of the statistics from the game were close except for bench scoring, where SOU held a 32-18 edge.

n With the season sweep, Southern now leads the all-time series with Tech, 39-38.