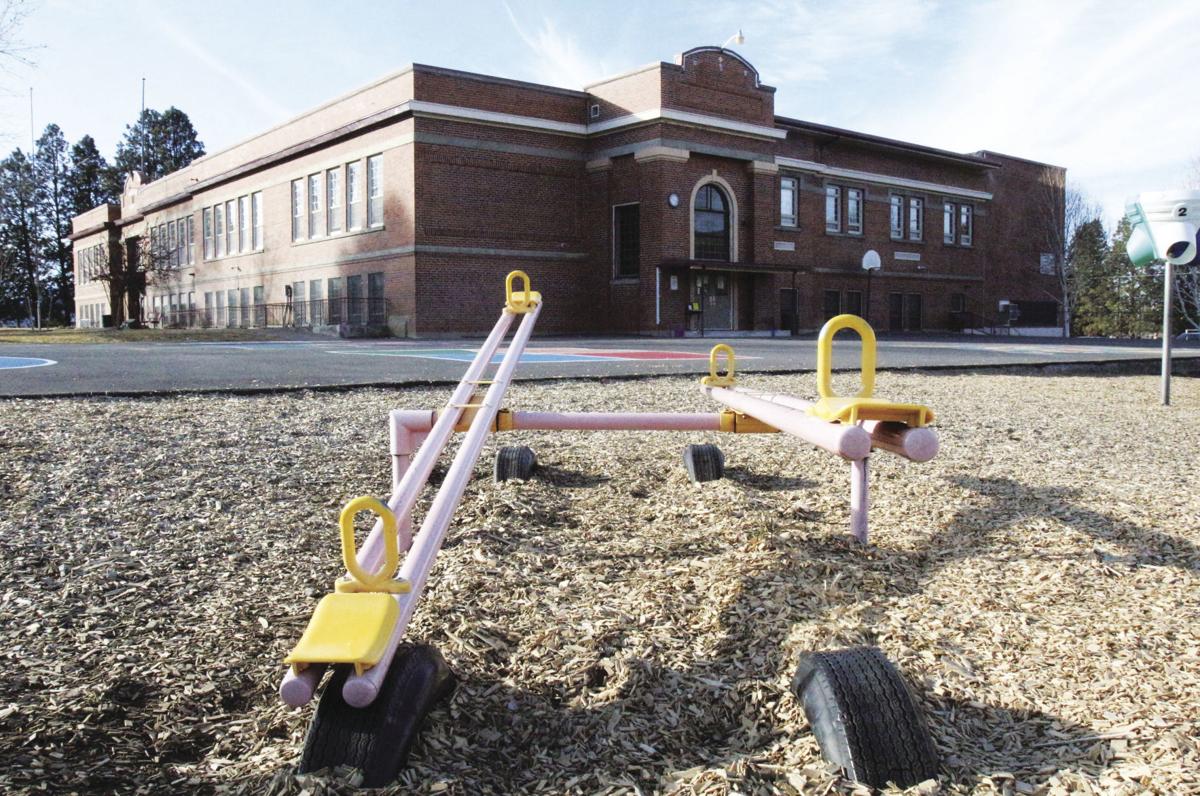 Klamath Falls City School District’s board of directors will consider making a boundary change that would transfer about 55 students from Conger Elementary to Pelican Elementary (pictured) by March 2020. 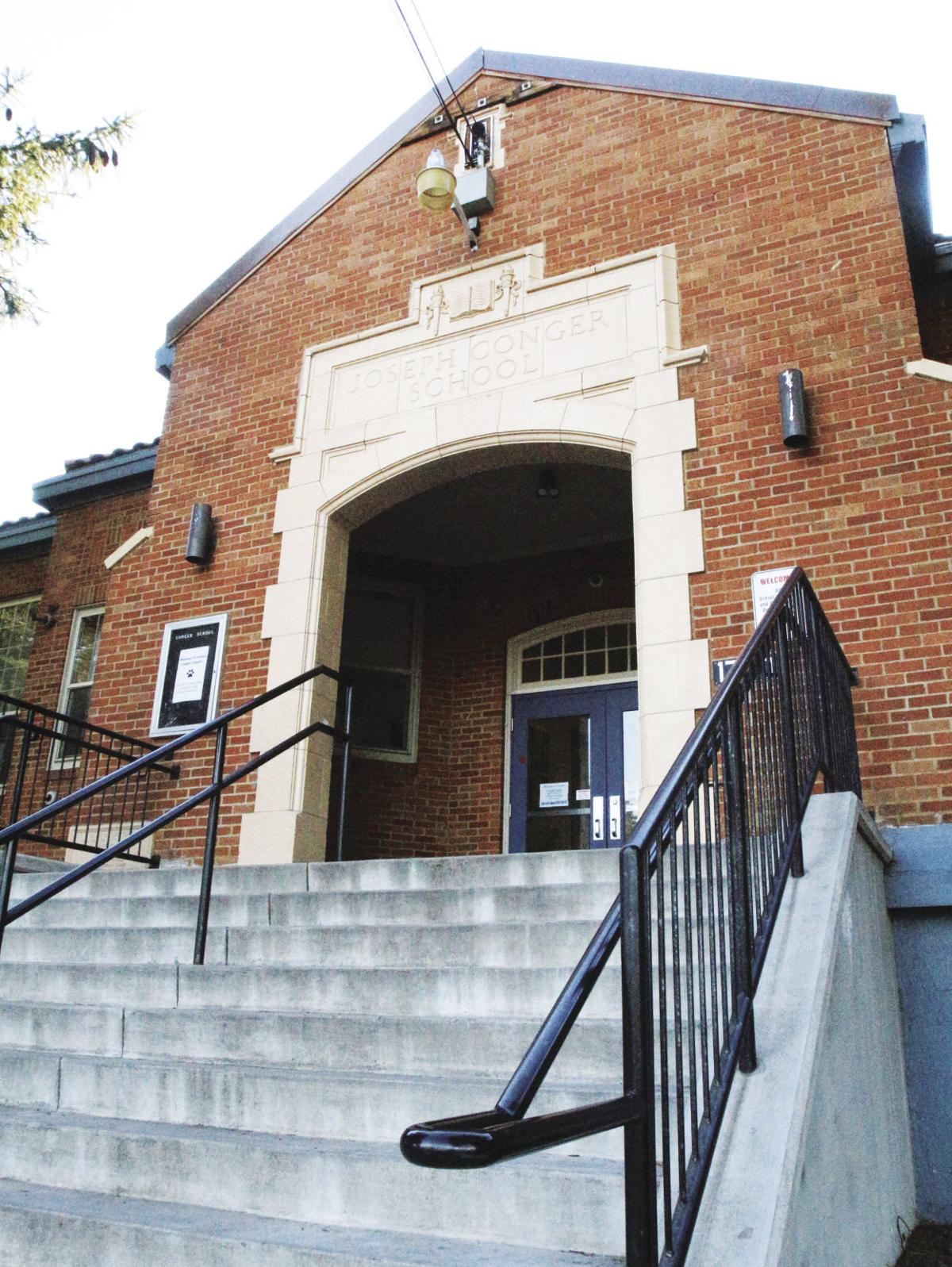 Klamath Falls City School District's board of directors will consider making a boundary change that would transfer about 55 students from Conger Elementary to Pelican Elementary (pictured) by March 2020.

Klamath Falls City School District’s board of directors will consider making a boundary change that would transfer about 55 students from Conger Elementary to Pelican Elementary (pictured) by March 2020.

Klamath Falls City School District's board of directors will consider making a boundary change that would transfer about 55 students from Conger Elementary to Pelican Elementary (pictured) by March 2020.

About 55 students who live in Stewart Lennox neighborhood and attend Conger Elementary could be transferred to Pelican Elementary by this fall, pending a decision by Klamath Falls City Schools to make a boundary change at a board meeting scheduled for next month.

Conger Elementary has been near capacity for students for some time but at capacity in recent years, according to school administrators, and the school district is looking at the change as a solution for overcrowding.

In a presentation by Superintendent Paul Hillyer on Monday evening, the city’s school board learned about and discussed the possibility of adjusting school boundaries that would lead to the transfer by September 2020. Students would be bused from the Stewart Lennox neighborhood to Pelican Elementary by the district just as they are to Conger.

While no action has been taken on the concept, school board members plan to make a decision at the Monday, March 9 school board meeting. The meeting is open to the public and there is an opportunity for comment.

“If the board approves it … we would contact the parents and have an open meeting with them just to explain what the process is and the reason for it,” Hillyer told Herald and News on Tuesday.

“We’d probably have an open house at Pelican school so that they could get to meet the teachers and the principal.”

Hillyer said the transfer of students would make more room at Conger Elementary.

“It’s always been near capacity but in the last two to three years, it’s kind of to the point where we felt that we needed to try to find a way to ease their burden,” Hillyer said. “We’ve converted some spaces into classrooms that we hadn’t before, for example their stage we made into a classroom. We made their computer lab into a classroom.”

Hillyer said the facility’s study conducted in late 2019 has spurred a need to make some changes sooner than later as it relates to space.

“What really brought it to our attention was when we did the facility study this year and they did an analysis of the square footage of all our buildings and what their capacity is and where we are at compared to those capacities for those buildings,” Hillyer said.

School board members Monday night expressed interest in touring both schools to learn more about the concept before they reach a decision.

School Board President Mychal Amos has a first and fifth-grader who attend Conger Elementary, in addition to two older children who attended the school throughout the years.

“Change is difficult for most people, so it’s going to be a change for not only the parents but the kids,” Amos said, of the concept.

“I have to look at it as what’s best for the district.”

Amos said he still needs to weigh pros and cons but is excited to see what a boundary change would look like.

“I’m looking forward to getting feedback from the actual principals, the administration of those buildings to see how they feel,” Amos said.

Principal Julie Bainbridge could not be reached for comment but through a district employee, declined to comment for the story.

Pelican Elementary Principal Michelle McCabe did not immediately return a call from Herald and News by press time.

Amos also expressed a desire to know how parents and families feel about the possibility.

“The good part – We’re not closing the schools,” Amos said.

The boundary change, if approved, would be the first such move for schools in at least eight years, when Fairview School closed its doors.

“The bigger question … is when do we make a bigger change because have four other schools that are almost 100 years old,” Amos said.

Hillyer said the earliest he could see city schools going out for a bond would be 2025 or 2026, around the time that the tax levy rate for the KU bond starts to decrease.

“That would be the time I’m guessing that the school district would choose to propose another bond issue to the taxpayers,” Hillyer said.

“You don’t really save money by saying, ‘Well, we’ll just wait another 20 years to do it because in 20 years, it’ll be just that much more expensive.”

The facility study released by the school district has recommended three options for the future of aging city schools: One, replacing all schools nearing or at 100 years old; Two,creating two larger K-5 schools and replacing Ponderosa Middle School; and Three, creating two K-8 buildings. Costs range estimates from the facility study show a bond able to contribute to $90 million and $100 million in construction and/or renovation work would be needed.

Amos admitted a new bond is needed to fund new or renovated schools but emphasized timing is key. Especially after the end of a five-year renovation of Klamath Union High School.

“When’s too early even though realistically, we could have started a couple years ago,” Amos said.

“So, we just have to see how the community feels about it because that’s going to be our biggest asset – if they’re ready for it.

“There’s a lot of kids to consider,” he added.