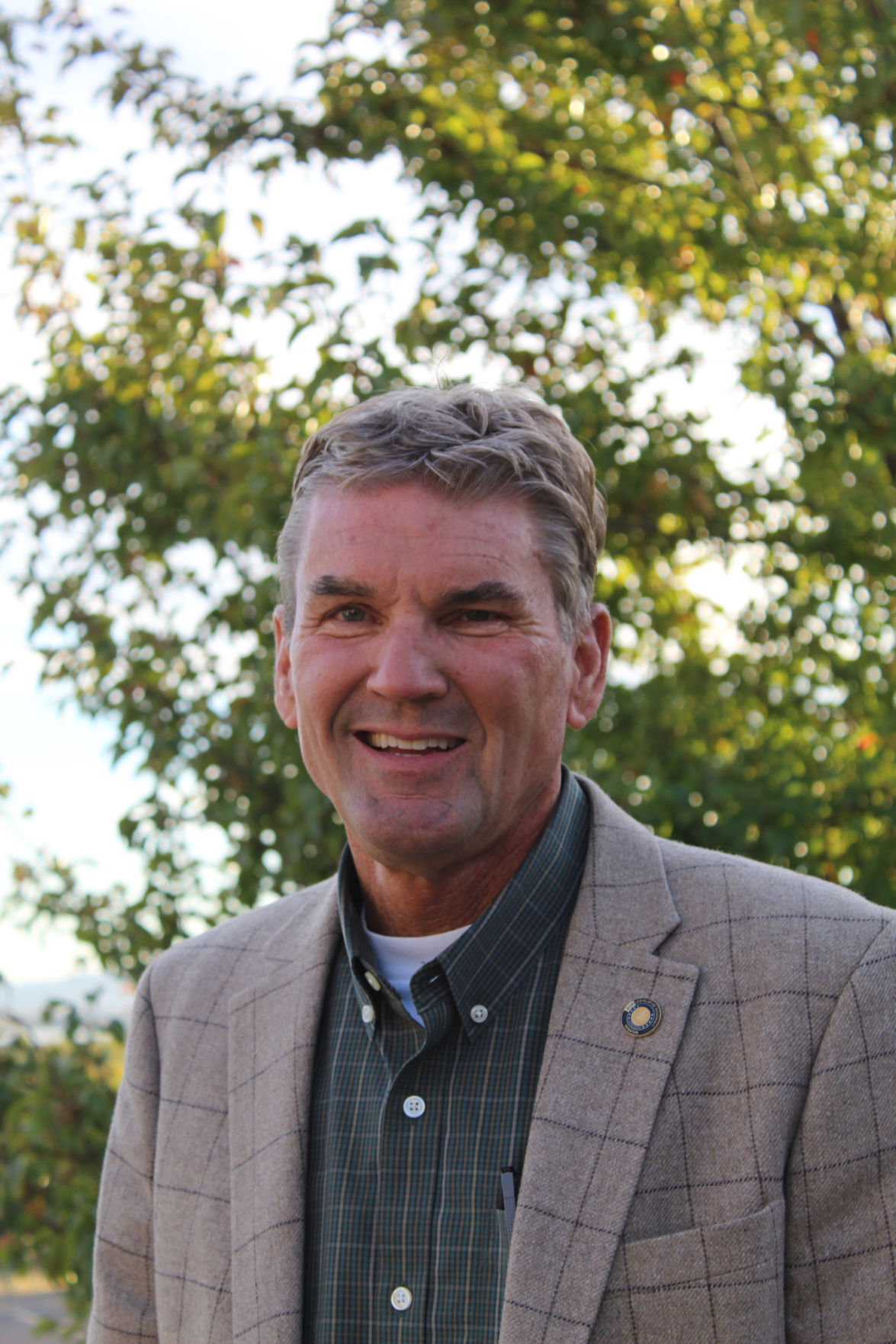 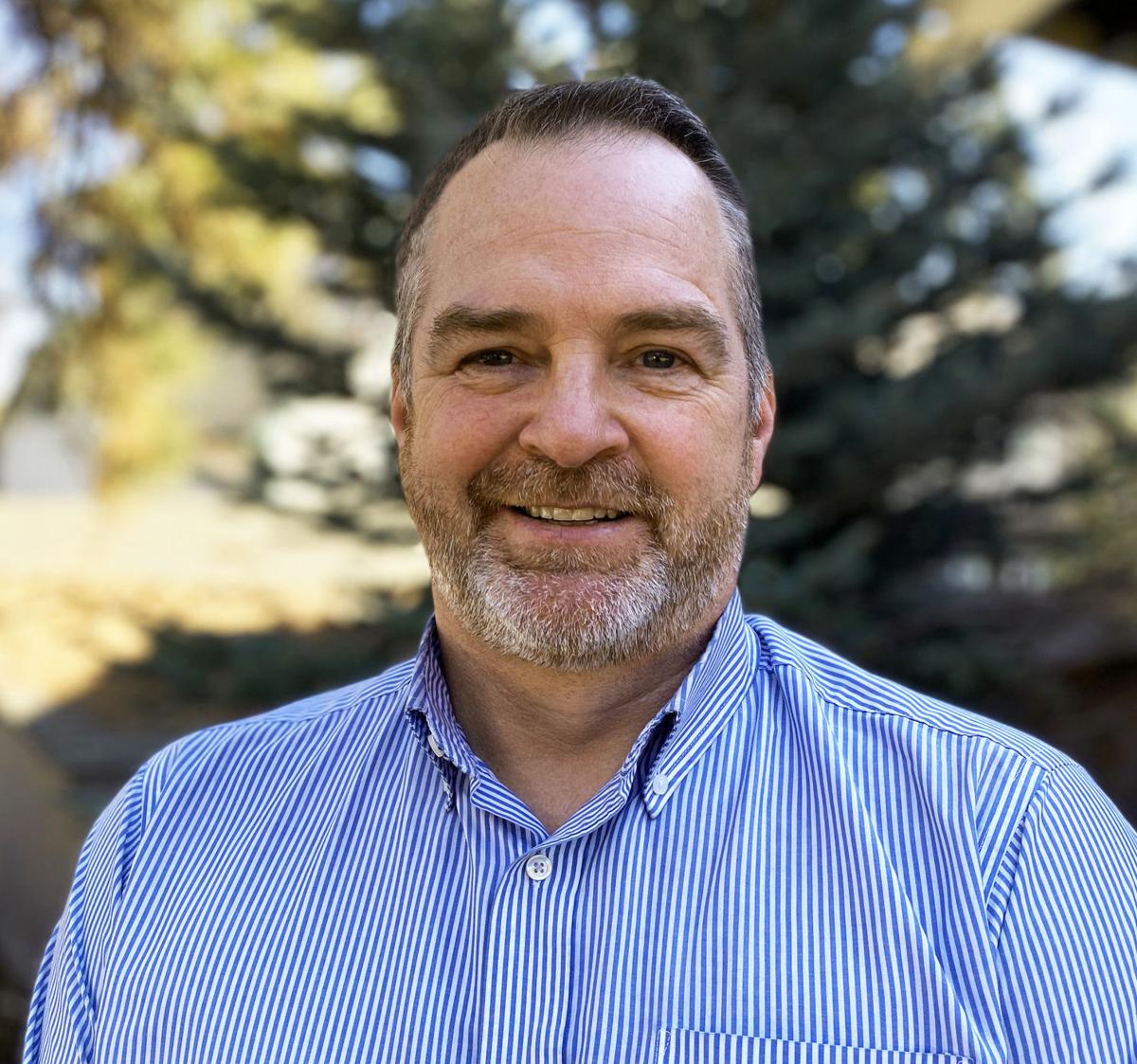 Linthicum and Palcic agreed to sit down individually with Herald and News and shared both their philosophies and their plans moving forward, as well as their previous accomplishments. The seat they are vying for includes Klamath, Lake, parts of Jackson, Deschutes and Crook counties for the next four years.

Linthicum, 64, has already served one term in the Oregon Senate after being elected in 2016. He and his wife live off the grid in the Beatty/Sprague River area and Dennis previously served as Klamath County Commissioner. He also worked in software development prior to his career in local and state politics.

A self-described “liberty-loving constitutional conservative,” his philosophy drives everything he does in the Legislature.

“I think the way to help people is to give them control of their own lives back,” Linthicum said. “The last thing I think people in this conservative area want is somebody else to run their lives for them.”

In a guest commentary in the Herald and News, Linthicum laid out his priorities in the state senate: Free speech, the ability to worship, right to keep and bear arms, private property and water rights, school choice, personal responsibility, and non-mandated vaccines. He also said he supports wildfire mitigation and stronger forest management.

Linthicum said he believes there is an imbalance of power in Salem and he wants to continue to help right a ship that is listing leftward.

“The best way is to have this equal balance of power ... across the three parts of government, across the judicial, the executive branch, the legislative branch,” Linthicum said.

The senator described his willingness and ability to make compromises as the minority member of various committees, with the caveat that the final product be grounded in the U.S. Constitution.

“We have to stay within the Constitutional boundaries, and then people can plead their case,” Linthicum said. “That’s where I think balance becomes appropriate.”

He noted that one such example of compromise was his support of expanding the 3% cap on school choice.

“There’s always legitimate ways to find compromise and some of those compromises would be in the areas of the size and scope and reach of whatever regulation is at hand,” Linthicum said.

Linthicum recently joined a lawsuit against Gov. Kate Brown that accuses overreach by the governor’s office and state government during the COVID-19 pandemic.

“We have become so enamored with regulation, the rules of life, what you can and can’t do, and shouldn’t do,” Linthicum said. “I don’t mind the regulatory scheme if it was needed but at some point, I think we have overdone it and we are regulating people to the point where they don’t even want to get out of bed, ‘cause it’s too tough to go run your business with someone watching over you.”

Linthicum was among the group of Republican lawmakers to walk out of the Capitol in order to deny quorum for the cap and trade bill, something he said had to be done after multiple attempts at compromise by Republicans.

Linthicum believes there is too much power concentrated in the hands of one party: Democrats.

Linthicum, conducted the interview without a mask, also addressed questions about COVID-19 and a path forward.

He also emphasized his belief that the focus on the numbers of cases each day and week are unnecessary.

Linthicum also addressed his initial election in 2016 after former Sen. Doug Whitsett and Rep. Gail Whitsett, respectively, withdrew their re-election bids for their seats. Linthicum and State Rep. E. Werner Reschke, currently running for re-election to the Oregon House of Representatives, filed minutes before the filing deadline, as reported by Herald and News in 2016.

“We did not break any rules, Constitutional requirements ... or anything associated with getting a nomination for the Republican Party,” Linthicum said. “We simply followed the rules."

“The Whitsetts and I talked after Werner and I filed,” Linthicum added.

Linthicum said he and Reschke had thought that preparing to run for the offices was the right decision “if the Whitsetts wouldn’t mind.” In essence, both would be ready to run in the event that the Whitsetts decided not to run for re-election.

“Werner and I, we talked together without the Whitsetts involvement and that’s the hard part for people to swallow,” Linthicum said. “We thought this was a legitimate strategy.”

Linthicum emphasized his strong stance on individual liberties, and that his bid for re-election is to continue to fight for those pursuits.

“The pursuit of human happiness is human flourishing — I think that’s where we should focus. We should stay out of all other arenas, that’s why I ran four years ago,” Linthicum said.

Palcic, running under the Democratic and Independent parties, is a resident of Deschutes County.

He moved to the area with his wife and family about 25 years ago, and has spent more than 20 years working for the Sunriver Owners Association. Palcic, 54, also served as general manager of the Sunriver community, and said he built up a $1.3 million rainy day fund before retiring from his post. He also served on the Deschutes County Planning Commission, and as an Oregon Liquor License commissioner.

Palcic describes himself as “fiscally responsible” and said he could be described as socially moderate, though he said his approach is less about political ideology than his opponent. He said he plans to carry all voices to Salem, including those that don’t match his personal viewpoint.

“I really believe if you do the job right, you’re going to be able to represent people that you may not entirely agree with, and that’s okay,” Palcic said. “You need to be able to engage those folks, listen to them, and create a relationship with them. That’s lacking right now.”

His daughter asked him to run for the position a few years back, and he said he would watch and see what Linthicum accomplished in the Legislature before considering a run.

Today, Palcic sees numerous issues in District 28 that he believes need to be addressed, such as food insecurity (Lake County being the most vulnerable in the state), unemployment (Klamath County has the highest in the state), and approximately one in five households below the poverty line.

“We really have a district that is in dire straits,” Palcic said.

He noted that he has watched Linthicum’s term and described it as “a grease fire.”

“When your only legislative accomplishment realistically is not being there, that speaks volumes,” he said. “It’s frustrating to me because I know that there’s change we can make.”

Palcic said he believes what’s missing currently is a regional approach to representation and the ability to cross the aisle to build relationships.

“To me the starkest contrast is the ability to pull people together and work as a group to build consensus,” Palcic said. “You could have the greatest ideas, you could have wonderful vision on things, but but if you’re not capable of leading and pulling people together, you’re never going to get there.”

Palcic believes the parties are polarized, but he wants to bring a viewpoint that considers various perspectives. He said he’s supportive of upholding the Constitution, but questions the walkout by Republicans, including Linthicum, to deny quorum on important legislation.

“I’m looking at it from a public service bent,” he said. “That’s a lot different than trying to espouse ideology.”

“There might be a place for both,” he said.

He emphasized a plan to implement Rural Investment in Schools and Education (RISE), focusing on short and long-term goals for rural schools.

“I don’t think our rural schools are getting a fair shake in Salem,” Palcic said. “I think we need more attention, and I speak for a lot of rural areas in that regard. That’s where strong advocacy comes into play.”

Palcic, who wore a mask to his interview, said he’s open to listening to those in the know regarding COVID-19.

“I would rely on the experts to tell us,” Palcic said.

“When we get to Salem, how do we accomplish that?” Palcic said. “It’s hard to cross the aisle when you’re busy suing the governor ... It’s less party and more regional that we need to start looking.”