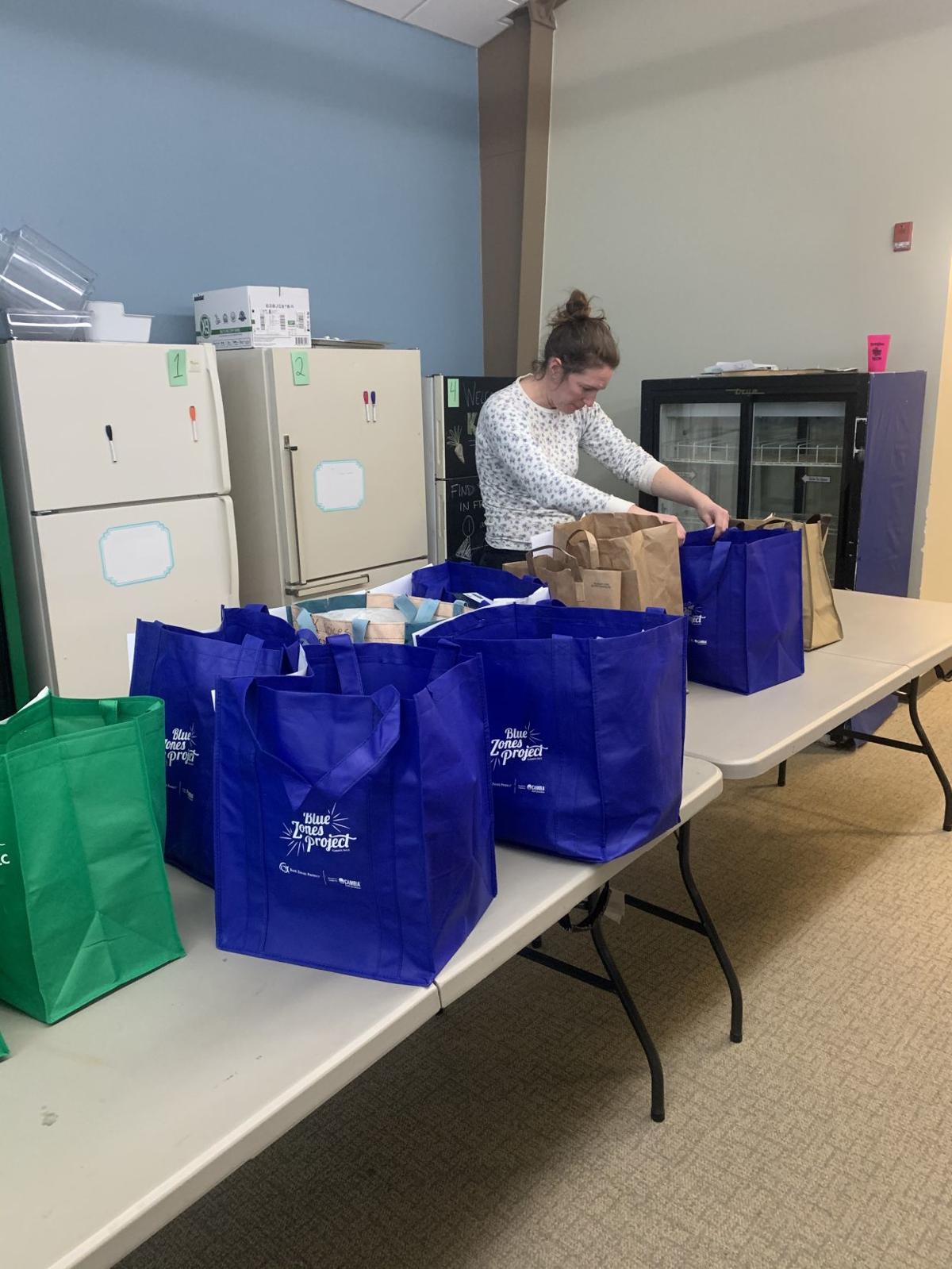 Klamath Falls Online Marketplace President Katie Swanson and others with the virtual marketplace are continuing to find ways to connect the community to local produce and meat, even during the COVID-19 pandemic. 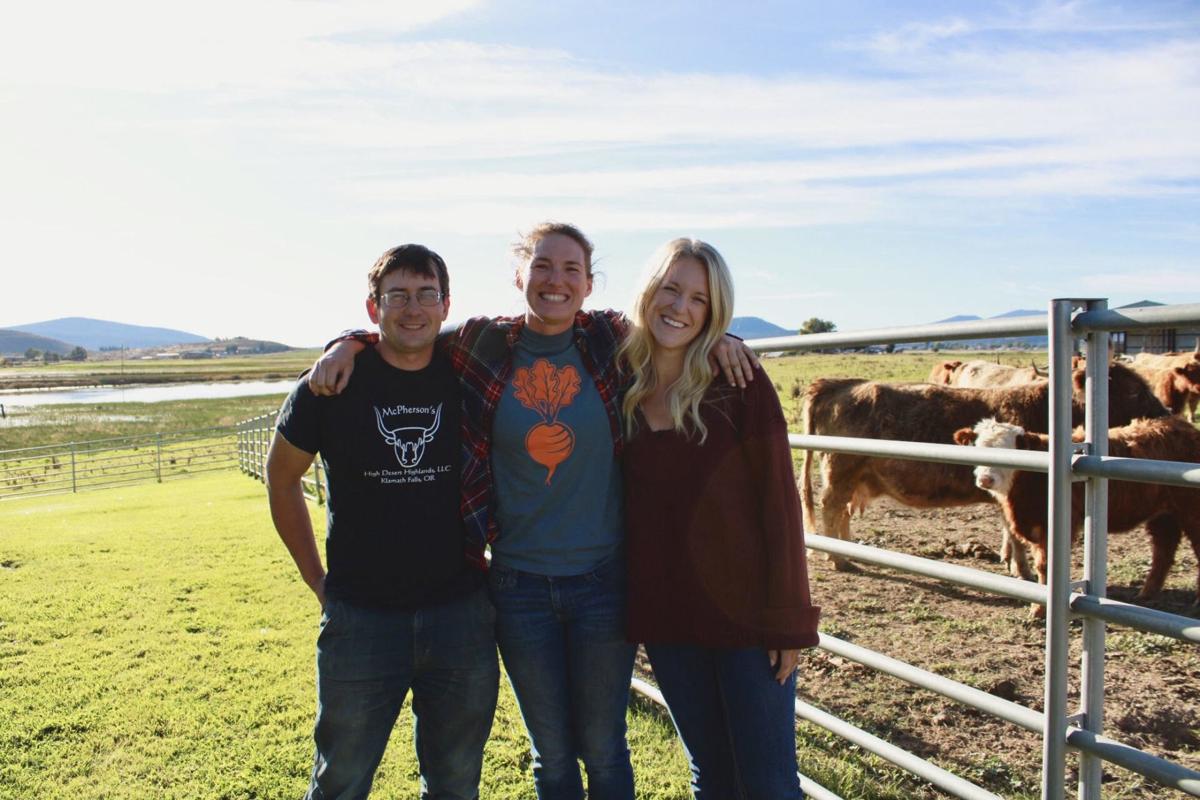 Klamath Falls Online Marketplace President Katie Swanson and others with the virtual marketplace are continuing to find ways to connect the community to local produce and meat, even during the COVID-19 pandemic.

When Katie Swanson started the Klamath Falls Online Marketplace three years ago as a Blue Zones Project pilot project, she couldn’t have imagined how important it could be for those currently unable or unwilling to go to a store for groceries amidst the COVID-19 pandemic.

Swanson, who serves as president of KFOM, always believed it was important then for the community to connect local growers and the fresh products they produce, and even more so now. Klamath Falls Online Marketplace is finding new ways to adapt to current events and continue to bring local and fresh produce and meats to Klamath County residents, including students out of school due to closures caused by the pandemic.

The virtual market offers meat, eggs, bread, and some greens year-round by connecting the community with local farmers and ranchers through online orders through their website.

“Local producers are able to post their products on KFOM, and it can change week to week whatever they’re offering,” Swanson said. “Customers can go online and do their shopping. They can buy as little or as much as they want from various producers,” Swanson said.

“We’re just adapting and we’re pretty determined to keep going, ‘cause we feel like this is one of the safest ways to get local food.”

Individuals can make orders for their food by 11:59 p.m. on Tuesday and can pick up their orders between 4:30 p.m. and 7 p.m. on Thursday. The new hours allow an extra half hour, providing more time for growers to fill orders and more time for more people to pick them up.

While the market normally allows individuals to come inside and pick up their online orders, Oregon Gov. Kate Brown’s mandate for Oregon businesses to close to indoor traffic due to the COVID-19 pandemic prompted the market to set up outside the Herald and News building where it is located for pick up on Thursdays.

“We’re just going to be completely set up outside and people will drive up and somebody will just greet them outside of their car so they don’t need to get out of their car.

“People used to bring their own bags,” she added.

Now the orders are prepackaged in new paper bags with even more special care to ensure proper hygiene is met.

KFOM is also partnering with Integral Youth Services and donating toward the organization’s efforts to kick-start a lunch program early to help meet the need to keep students fed.

“We were trying to think of a way to be helpful just beyond doing what we already do,” Swanson said.

Swanson said KFOM will start taking donations on its website this coming week so that the public can give toward IYS’ free lunch program where students cannot access the school programs. KFOM will donate a 10% match of each donation towards every donation made to help fund IYS lunches.

“It just really shows how important it is to have a very strong local food system,” Swanson said on Tuesday.

“It’s dangerous to be too dependent on things that are being imported from far away,” she added.

Swanson said KFOM works with local producers to try to break down the access barriers, both on the producer side and on the customer side so that local products can make it to the dinner table.

“With local food, you have such a short supply chain, which is just for so many reasons better, but especially in a time like this, it’s safer and it’s more secure.”

The market, run by volunteers, is committed to continuing to supply orders for meat, eggs, potatoes, coffee, and more, with more vegetables coming available as the weather grows warmer.

“It’s important for people to know and have a relationship with their farmers and their ranchers – people who are providing their food,” Swanson said on Tuesday.

“The entire purpose of KFOM is creating that connection,” she added.

“Farmers are able to focus on growing and raising food and then KFOM is able to manage that connection.”

A full-time farmer, Swanson said her daily life hasn’t changed significantly as it relates to her routine but her ability to sell produce to restaurants has. Since the closure of some restaurants even to take-out, Swanson has decided to readjust her farm away from selling to restaurants.

“The farmers – we’re going to keep doing our work,” she said. “We have to.

“For the smaller, local growers, we’re just going to try to feed our local communities as best we can.”

Swanson has started seeing new orders and larger orders for food from KFOM and expects that to continue.

KFOM has 10 to 12 vendors actively posting their food for sale on the website, with more vendors becoming more active as the season progresses. Swanson said she has been seeing more vendors join, and welcomes more to sign up.

“Even just in the last two weeks, we’ve added coffee from Clawfoot Coffee Company,” she added. “Next week, we’ll have Gathering Grounds on there as well.”

The market also has added more eggs, meat, as well as Do Bars in recent months.

“Next week, we’ll probably get more bread on there,” Swanson said.

“Vegetables are hard because it’s so early in the season. As the season progresses, there will be more vegetables but right now it’s mostly potatoes.”

The marketplace is offering micro greens and herbs and Swanson anticipates more greens by or around April 30.

But it’s the time of year that she said a lot of vegetable growers call “the hunger gap,” when storage crops are gone and other vegetables are still growing.

“By the end of April, we’ll have more greens on there,” she said.

Credit card and debit payments will be accepted in the next couple weeks but for now, exact change is the best method of payment. Oregon Trail Card is also accepted and KFOM can checks and can break cash for change, if needed.

All those with cold or flu symptoms are asked to stay home and have someone else pick up their order for them.

To learn more, or make an order, go to KFOM’s website at www.kfom.org or call the Blue Zones Project office at 541-359-2802 if you don’t have access to internet or need directions to the KFOM.

Contact KFOM at manager@kfom.org. KFOM will be set up outside the Herald and News building at the Blue Zones Project entrance from 4:30 to 7:30 p.m. Thursday.