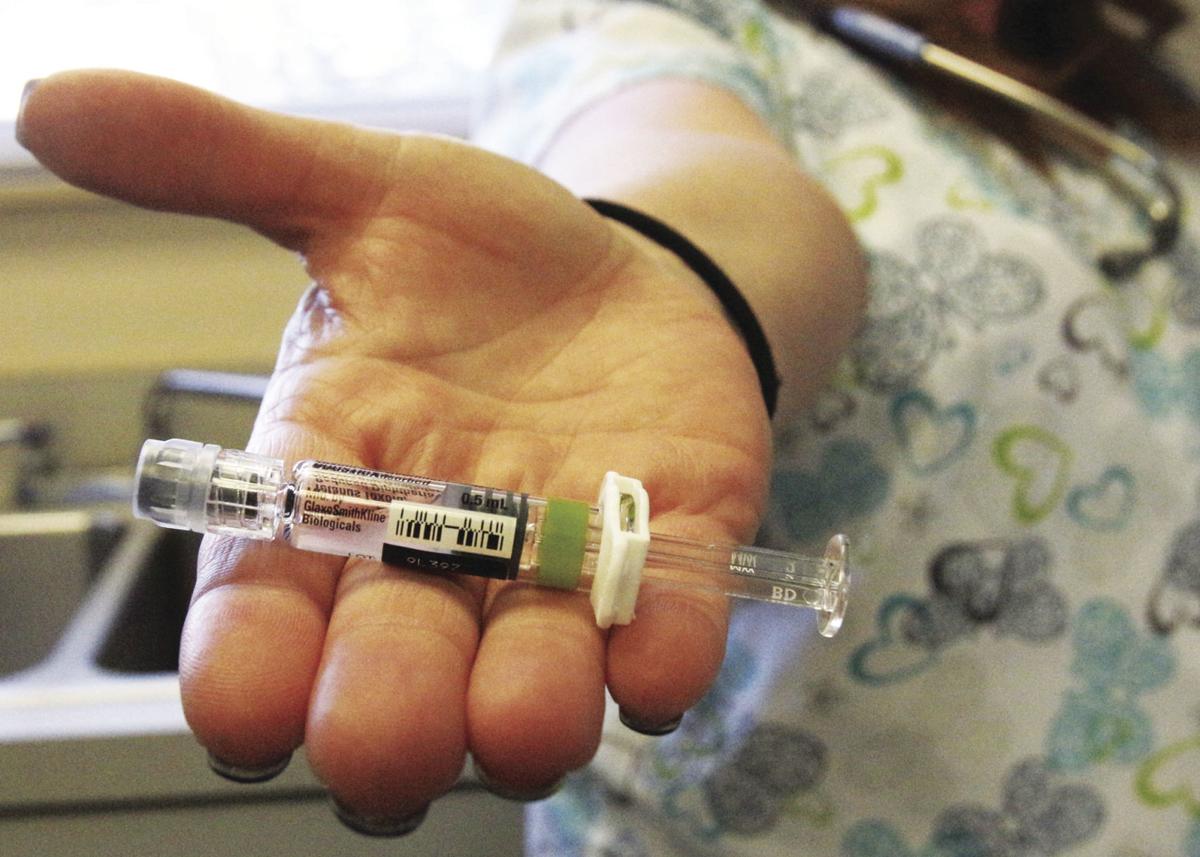 Angie Cushman, registered medical assistant at Mazama High School’s School Based Health Center, holds out a Tetanus vaccination as an example of many utilized by students. 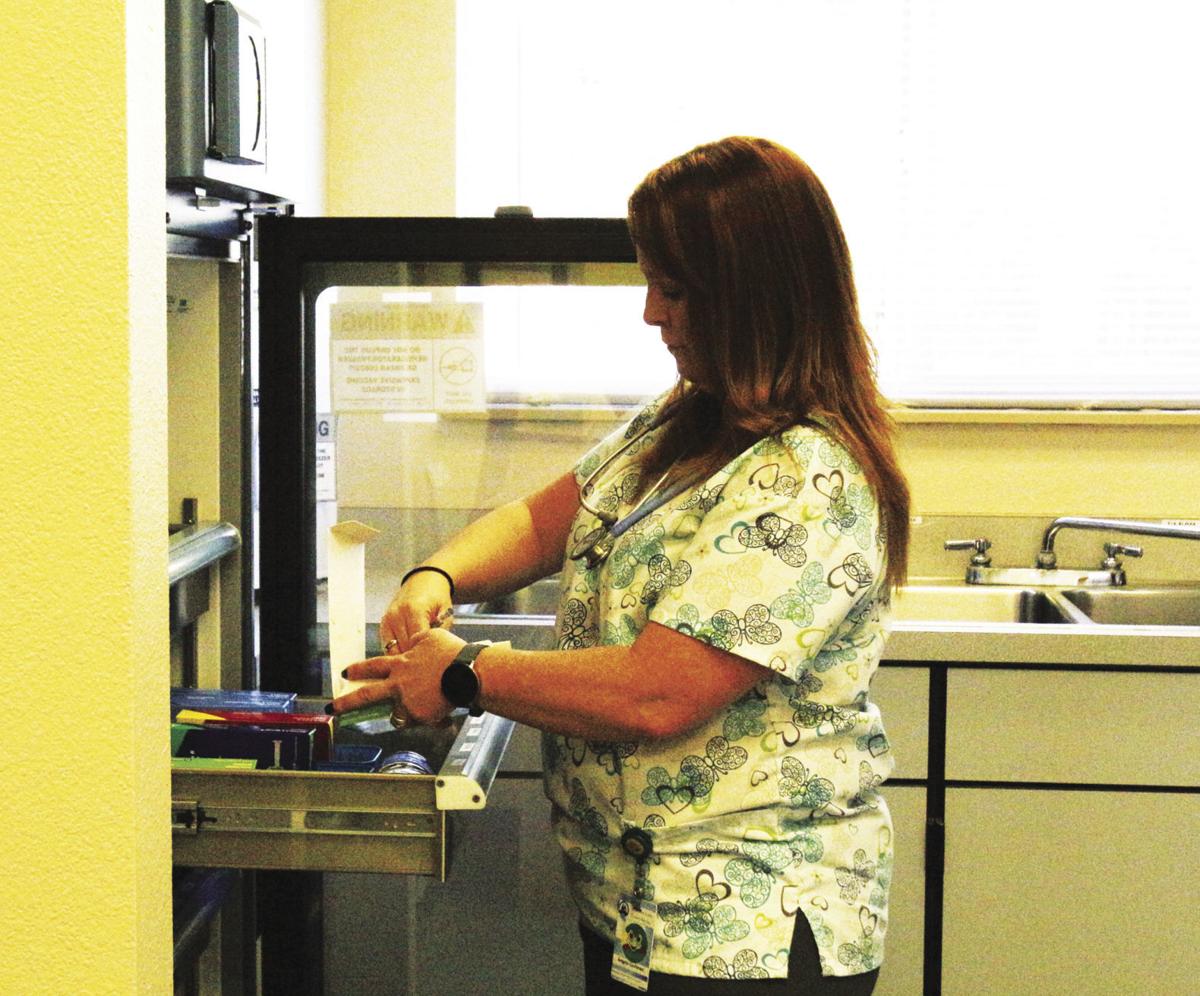 Angie Cushman, registered medical assistant at Mazama High School’s School Based Health Center, holds out a Tetanus vaccination as an example of many utilized by students.

Immunization shots and vaccinations or exemptions were required for Preschool and K-12 for students to attend public and private school as well as childcare facilities on Wednesday, according to Oregon law.

First-graders through 12th-graders were required to have immunizations for or exemptions for diseases, such as Polio, Varicella, Hepatitis A and B, and TdaP, which vaccinates against Tetanus and Diphtheria.

Preschool through Kindergartners were required to have immunizations for or exemptions submitted for diseases, including Polio, Varicella, and Hepatitis A and B.

Klamath County School District tallied 64 students excluded from attending classes on Wednesday, which is about 1 percent of the district’s more than 6,800 population.

Nichelle Cheyne, who oversees immunizations for the county school district, ensures students are either current or have the proper exemptions in place. Cheyne said number of exclusions in the school district were pretty low this year.

“Basically if we don’t have a current status of the immunization and we also don’t have an exemption, then we exclude them from school until they provide one or the other,” Cheyne said.

“We normally have exclusions through the end of the week,” she added.

Klamath City School District tallied 14 students who were unable to attend school on Wednesday, less than 1 percent of the district’s 2,750 population.

Wendy Niskanen, a school nurse for the city school district for more than 10 years, said numbers were also down from previous years.

“This year is probably the lowest numbers that we’ve had in a while,” Niskanen said.

Niskanen emphasized the school district is following the law and doesn’t try to persuade parents or guardians toward vaccination or exemption.

“It’s not about judging other people,” Niskanen said.

“We’re there to support them.”

Notifications to parents and guardians went out in October, Cheyne said.

Exemptions can be made for physician-approved medical and non-medical reasons can also be submitted.

A total of 344 non-medical exemptions were issued by a total of 55 sites in Klamath County, according to Jessica Dale, assistant director of Klamath County Public Health.

“The non-medical exemptions can be made for any reason – philosophy, religion, you just don’t like them,” Cheyne said.

Parents and guardians who opt to submit a non-medical exemption for their child must first take an online course that shows what the vaccines are and what the risks associated with not vaccinating their child.

Cheyne said she has seen a gradual increase in non-medical exemptions in the county school district over the last five years.

“We have seven schools with 20 or more exemptions,” Cheyne said, of the county school district.

“95 percent of our exemptions are the non-medical exemptions,” she added.

Cheyne said sometimes it’s barriers that stand in the way of getting a child vaccinated, including having adequate transportation or a child being sick leading up to the Feb. 19 vaccination deadline.

Cheyne and Niskanen both said if parents and guardians have questions or concerns about vaccinations, they should seek guidance from their primary care physician.

For those who still need to fill out a vaccination form or submit an exemption form are encouraged to reach out to your school’s main office.