Ammon Bundy, one of the sons of Nevada rancher Cliven Bundy, speaks with reporters during a news conference at Malheur National Wildlife Refuge headquarters Jan. 4, 2016, near Burns. 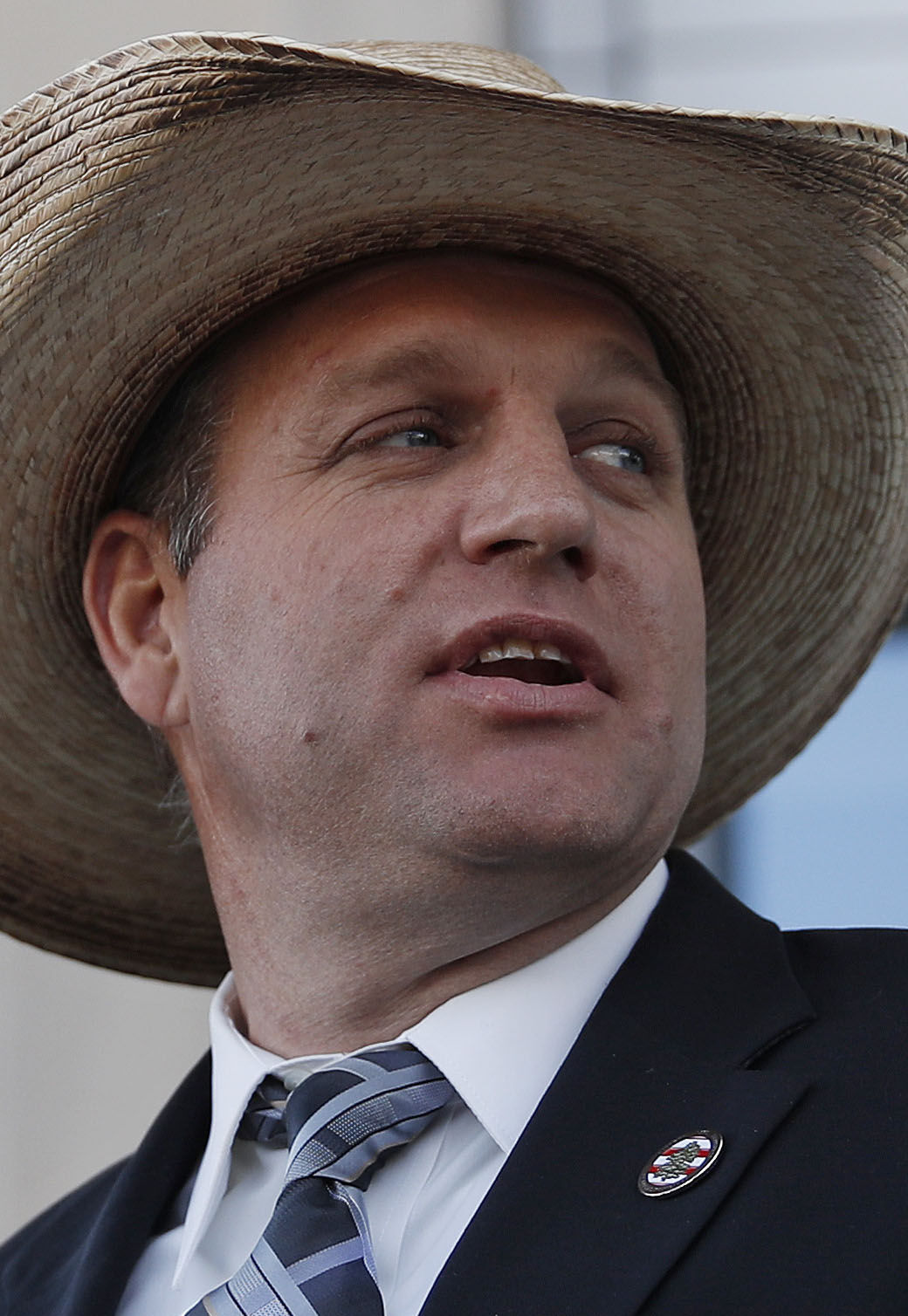 +1
Subscribe Today! Please read: Readers of local content on the Herald and News website – heraldandnews.com – will require a subscription beginning today. For the first few months, non-subscribers will still be able to view 10 articles for free. If you are not already a subscriber, now is a great time to join for as little as $10/month!
Tired of seeing surveys on articles? If you are a subscriber, simply log in or Subscribe now!

Only days after he was arrested for the second time in a week in Idaho, Malheur National Wildlife Refuge standoff leader Ammon Bundy was a featured speaker at a sold out, private dinner in Klamath Falls Saturday night.

The event, “Come Stand for Freedom” was organized by Dan Nielsen, a local rancher who wants Bundy to share “his side of the story.” At least 200 people were expected to attend the $25-per plate dinner, according to Nielsen. It took place at a private shop on Elliott Road in Klamath Falls.

Nielsen said he met Bundy after he spoke to Siskiyou County Republicans in Yreka in 2016. He said Bundy made a similar presentation in Klamath Falls.

“It’s just educational, sharing his side of the story, what he’s done, why he does it, why his dad (Cliven Bundy) stood up,” Nielsen said. “We’re just bringing him here to educate, trying to get our county commissioners, our law enforcement, our farmers, trying to get everybody on the same page.”

Klamath County Commissioner Donnie Boyd said Friday he was aware of the event but was not planning to attend.

A small group of irrigators asked that Boyd, Sheriff Chris Kaber, and Klamath Falls Police Chief Dave Henslee meet with Bundy prior to the event.

“We initially thought that was a good idea but after giving it some thought, at this point in time, I just don’t know that that’s in the best interest of this city, so I canceled that,” Henslee said.

He said he made that decision in light of Bundy’s arrests this week, both of which were for trespassing and resisting arrest during protests at the Idaho State Capitol in Boise. Bundy has also been barred by law enforcement from entering the building for one year.

“We don’t have any plans on law enforcement in regards to their event,” Henslee said. “We hope they have a safe event.”

“I hope this is a constructive, educational experience for the people that go and that they respect private property rights,” Boyd said. “I believe they will.”

Klamath County Sheriff Chris Kaber confirmed in an email Friday that KCSO would not attend the event, which he emphasized was held on private property.

Bundy, 44, of Emmett, Idaho, led a group of armed individuals to occupy the Malheur National Wildlife Refuge in Eastern Oregon in 2016. He was arrested after a 41-day standoff and later acquitted of federal charges.

In a phone interview with Herald and News in 2018, Bundy said he doesn’t stand for one political party but advocates for individual land rights. He has since become a supporter of both the Black Lives Matter movement and an effort to de-fund police.

Herald and News will provide updates to this story as it unfolds.