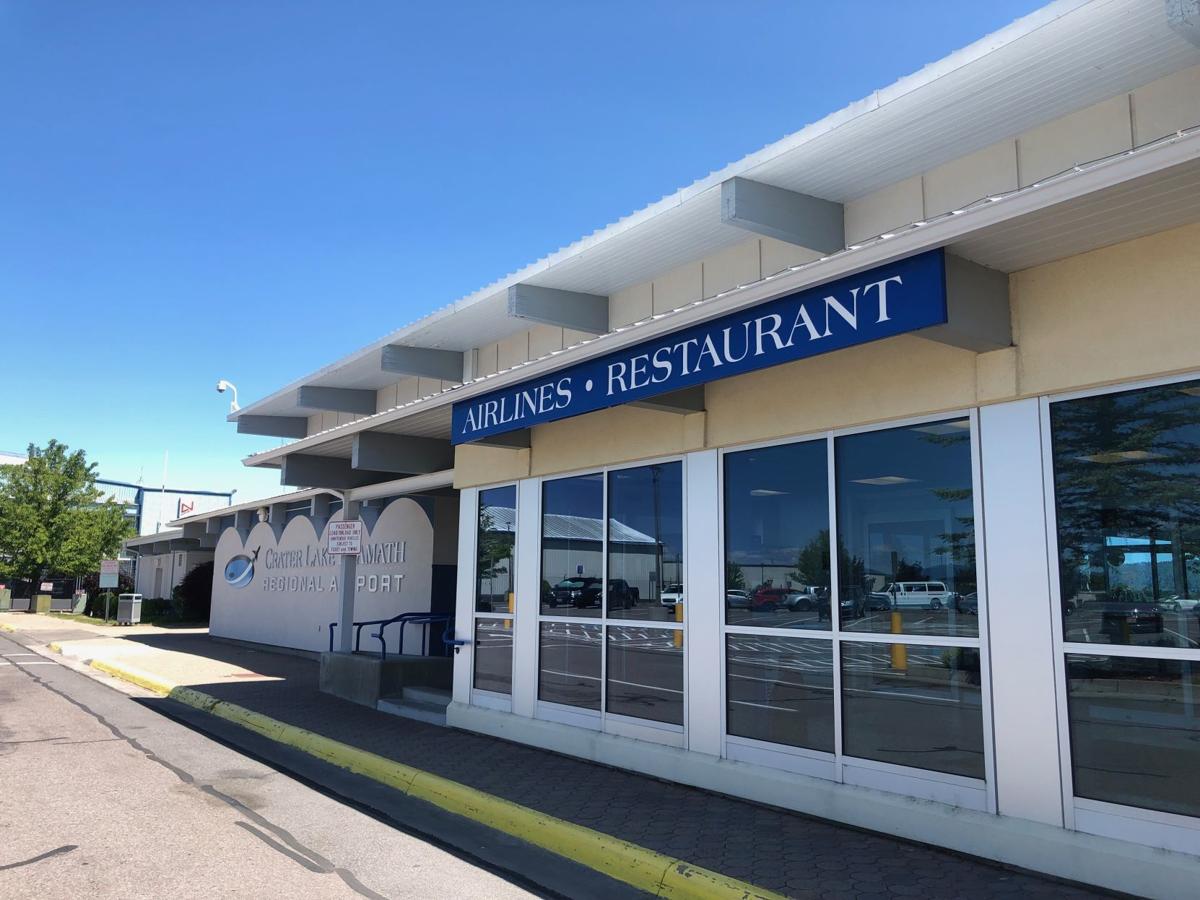 The terminal of the Crater Lake-Klamath Falls Regional Airport is mostly unused, aside from the restaurant on the second floor. 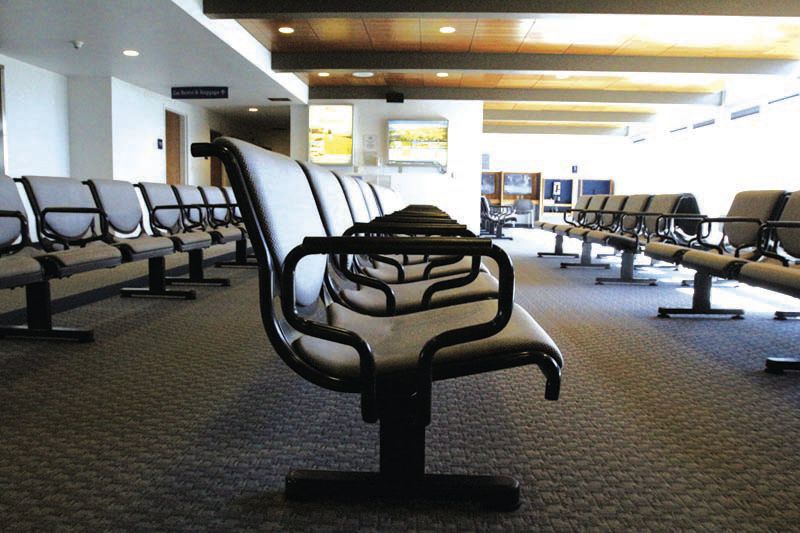 The empty rows of chairs await passengers on the first floor of the Crater Lake-Klamath Falls Regional Airport.

The terminal of the Crater Lake-Klamath Falls Regional Airport is mostly unused, aside from the restaurant on the second floor.

The empty rows of chairs await passengers on the first floor of the Crater Lake-Klamath Falls Regional Airport.

Inside the airport terminal at Crater Lake-Klamath Regional Airport, the rows of chairs sit eerily empty. Upstairs is a peaceful cafe where regulars enjoy their breakfast or lunch and watch aircraft from Kingsley Field take off and land.

Klamath’s airport wasn’t always empty. In fact, in 2008, the airport had 1,339 flights. There were planes from Horizon-Alaska Airlines and United Express/SkyWest to Portland and San Francisco.

The airport was without an airline for a year, until PenAir brought a flight to Portland in 2016. There were 4,590 passenger flights in 2016. After expanding its service to 13,470 in 2017, PenAir announced a bankruptcy and ended service in Klamath Falls and several other smaller airports.

Although all airports are different, the story of a smaller airport struggling to maintain passenger flights is not unique.

A 2013 study by the Massachusetts Institute of Technology showed that all airlines were negatively affected by the recession in the late 2000s, as well as rising fuel costs, but smaller airlines have been impacted more than large ones.

“If you were to think about a 30-seat aircraft versus a 50-seat aircraft. Both aircraft will have a pilot and copilot, and flight attendants. They both will burn about the same amount of fuel and pay the same landing fees, but the 50-seat aircraft sells more tickets. The cost structure is much better for the 50-seat,” explained Linda Tepper, Airport Business Manager.

Since PenAir left the airport, airport officials have been working hard to get a new airline in and provide air service to the area and to ensure that the airline sticks around this time.

The airport has already secured $1 million in incentives to entice an airline. About $250,000 came from the city council, $250,000 from the county commissioners, and $500,000 from the Oregon Department of Aviation via the Rural Oregon Aviation Relief Program.

On June 17 at the regular city council meeting, the city approved an application from the airport to the Department of Transportation’s Small Community Air Service Development Program for an additional $500,000.

If the grant is accepted, that would be $1.5 million promised to a potential airline in its first two years.

“We have over 33 letters of support with a few more expected including the federal government, state government, local government, county, and several businesses in the community,” said airport director John Barsalou at the council meeting.

Finally, the airport would waive $142,000 in landing and terminal rent in the first 24 months.

The airline that has expressed the most interest in taking the offer is United Express-SkyWest. The airline would bring a flight to San Francisco.

United Express-SkyWest has been in discussion with the airport for over a year, and recently signed a letter of recommendation to go with the application for the grant from the Department of Transportation.

Tepper said the incentive fund helps an airline offset the initial loss of starting up in a small town. People take time to get used to the idea of booking with the local airport.

The incentive will ensure that the airline does not lose money in their first couple years. If the airline succeeds in making a profit, then the backers will not need to provide additional funding.

“It’s just an incentive to reduce the risk the airline has in starting up service,” Tepper said. “They only use what they need.”