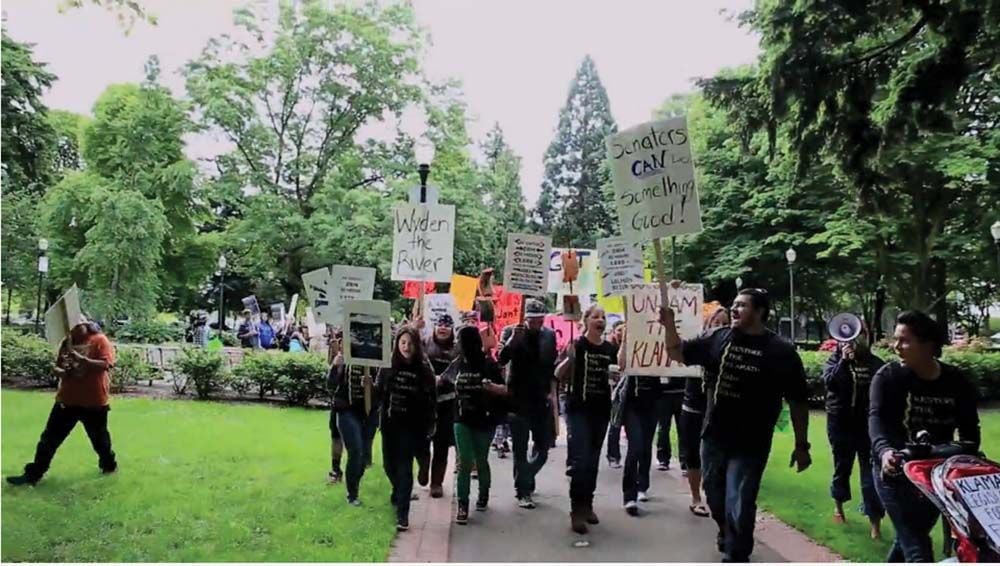 According to the documentary’s synopsis, “A River Between Us” is a “call to action on behalf of the largest restoration project in American history.” 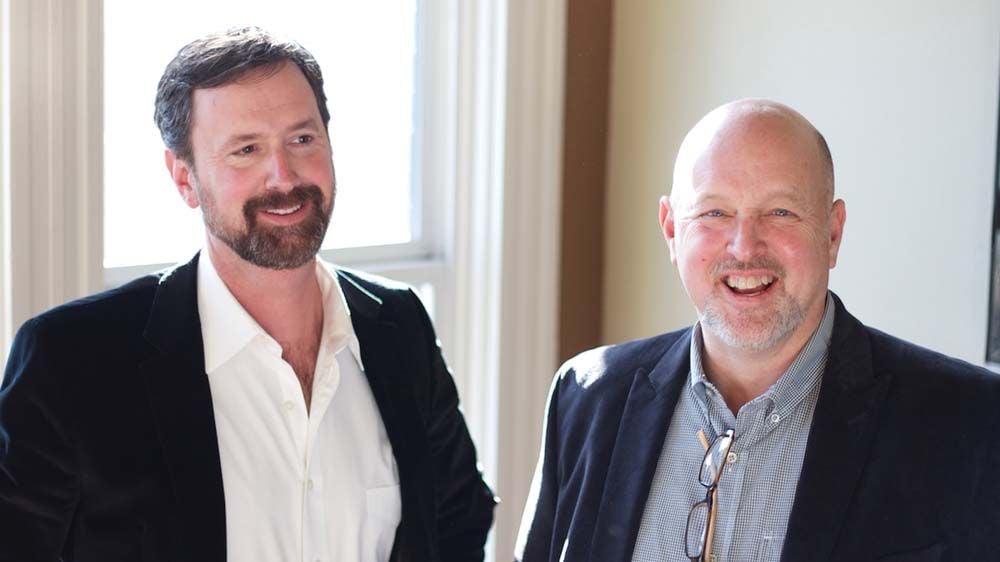 Jason Atkinson, a former Oregon Senator-turned-filmmaker (left) and co-producer Jeff Martin spent two years completing 70 interviews, diving into the extremes of water conflict and everything in between for their documentary, “A River Between Us.”

According to the documentary’s synopsis, “A River Between Us” is a “call to action on behalf of the largest restoration project in American history.”

Jason Atkinson, a former Oregon Senator-turned-filmmaker (left) and co-producer Jeff Martin spent two years completing 70 interviews, diving into the extremes of water conflict and everything in between for their documentary, “A River Between Us.”

A resource more valuable than oil flows through the Klamath Basin.

“Look at the Klamath Basin: It’s long, and it’s complicated. It starts in the high desert; it ends in the redwoods.

“Everyone in those communities can buy gasoline. If it doesn’t snow, communities are in peril,” said Jason Atkinson, a former Oregon Senator-turned-filmmaker. “Water is more valuable than oil.”

In his 90-minute documentary, “A River Between Us,” Atkinson and co-producer Jeff Martin profile Klamath Basin water stakeholders and the water-related controversies that have pitted them, neighbor against neighbor, for decades. The film, according to its synopsis, is a “call to action on behalf of the largest restoration project in American history.”

For the film, Atkinson and Martin spent two years completing 70 interviews, diving into the extremes of water conflict and everything in between.

“The way we’ve designed it is to appeal to people that, frankly, don’t pay attention to issues like agriculture and Native Americans and how all those pieces go together,” Atkinson said. “The Klamath Basin is a model for the nation.”

“A River Between Us” is scheduled to roll out for its first showings in February.

Atkinson, a former Senator representing Jackson and Josephine counties, grew up in Medford and now lives in Central Point. He said having grown up with water wars roiling around him, he knows how divisive the region’s politics can be.

But what Atkinson didn’t know — and what surprised him as the film progressed — is learning about how the once-divided community spanning two states is mending itself. He called the story that emerged one of “B attitudes,” referring to the name given to the blessings, or Beatitudes, listed by Jesus in the Sermon on the Mount.

“It made me first of all, very, very hopeful and it confirmed that what we were doing is a national story.”

Atkinson said he teamed up with co-producer Jeff Martin, after watching “Lord, save us from your followers,” a 100-minute documentary exploring the intersection of faith and American culture. Martin was the film’s executive director.

“That (Martin) didn’t know agriculture — that he didn’t know conservation, and he didn’t know politics, helped him to have a certain innocence to the project and really focus on the humanity of it all,” Atkinson said.

Jeff Martin, a self-proclaimed “people-focused” filmmaker, said he’s not an advocate for the environment. He had little knowledge about the controversies swirling around the Klamath River when the documentary project kicked off in 2012.

Martin said he expected to make a political film about politics and environmental policy.

“When you’re new to a conversation, you aren’t caught up in why people find themselves in the position they’re in. You’re just trying to make sense of it,” he said.

Martin said he was moved by the fear and frustration he heard during the interviews, but he also heard a lot of grasping at straws.

“I only put in the film the stuff that I thought was legitimate,” Martin said. “The truth speaking and transformation of people had a big effect on me.”

Martin said “A River Between Us” is much richer than he could have ever hoped. He noted how hard Basin communities have worked, and how much they have sacrificed and risked to get to the point they are today.

According to Atkinson, the film’s first message is if you allow people, they’ll heal a river.

He said he believes the KBRA is “fundamentally a very fair, equitable, three-way deal.”

But, he knows the KBRA and other related agreements still face considerable opposition from folks in the Klamath watershed and lawmakers in Washington, D.C.

“The film, and the truth that’s in the film, has the ability to really change that tide politically — to really move more toward where the settlement needs to be,” Atkinson said. “I’m very hopeful.”

Atkinson emphasized that the film doesn’t pander to hardline politics. He said he and fellow producer Martin are doing something unusual: letting viewers make up their own minds.

“We don’t draw the conclusion for anybody,” Atkinson said.

Atkinson said “A River Between Us” still has a way to go before it lands in front of national audiences. He said about $400,000 has been raised, but about $100,000 more is needed finish post-production and to distribute the film.

“I really hope the film is a blessing to the Klamath Basin and Klamath Falls. I really hope it’s a good gift,” Atkinson said. “I think when it’s seen in the Basin, people will feel very, very proud.”