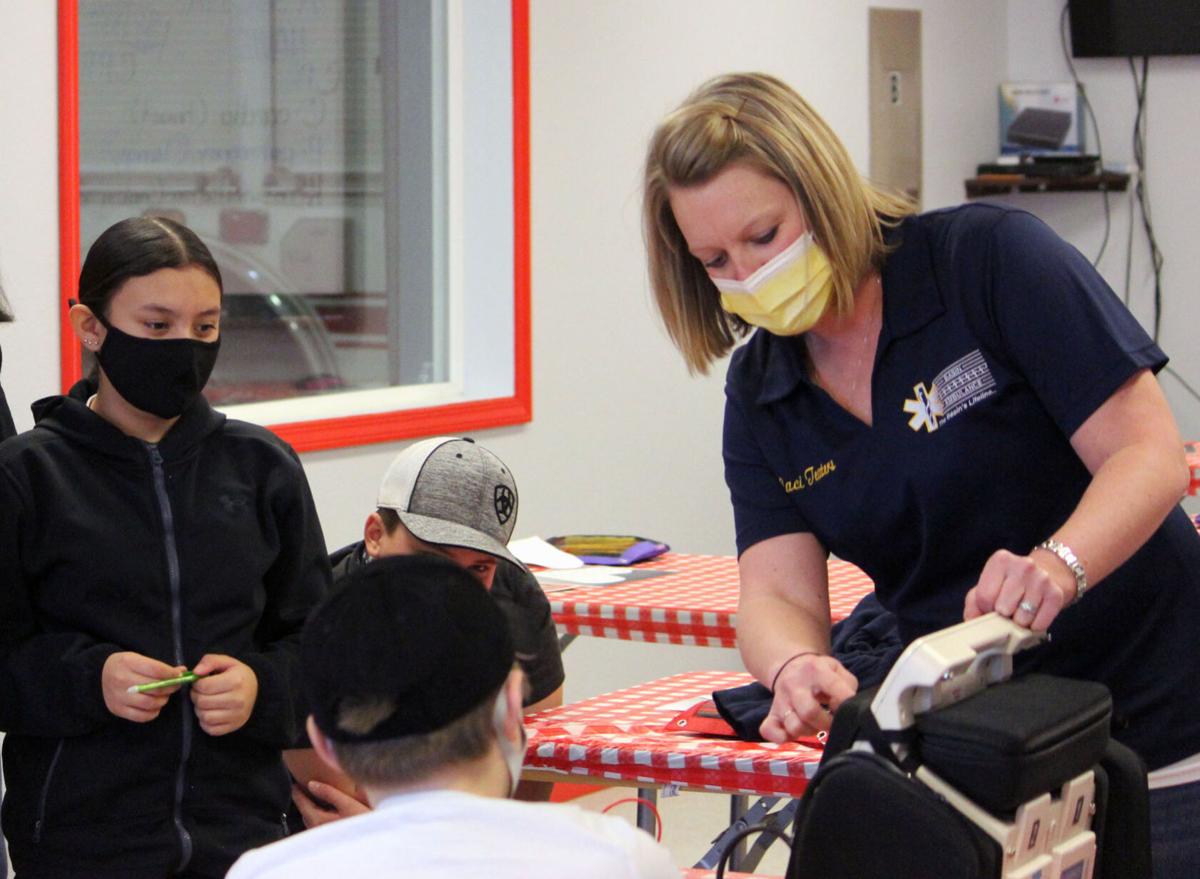 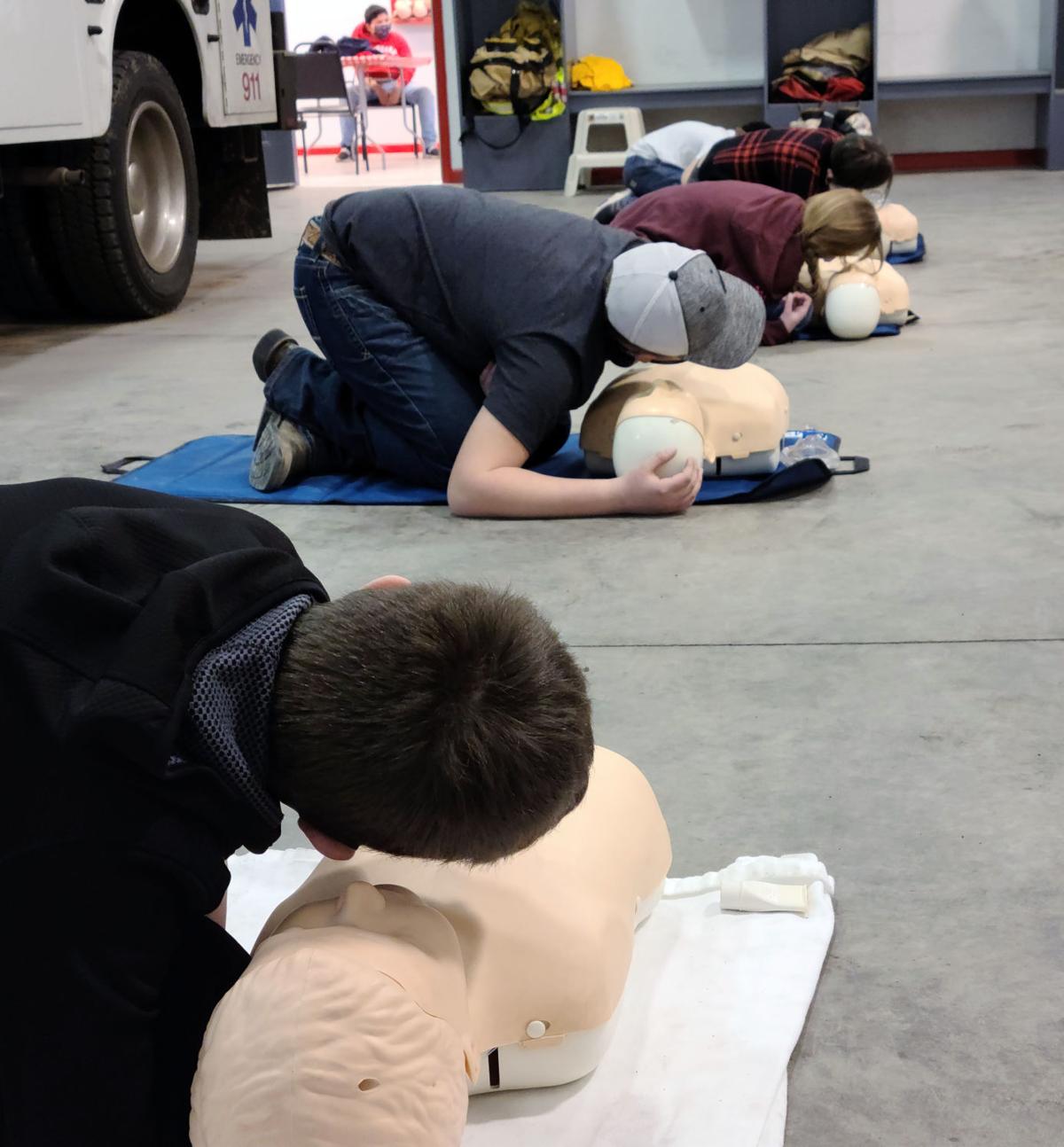 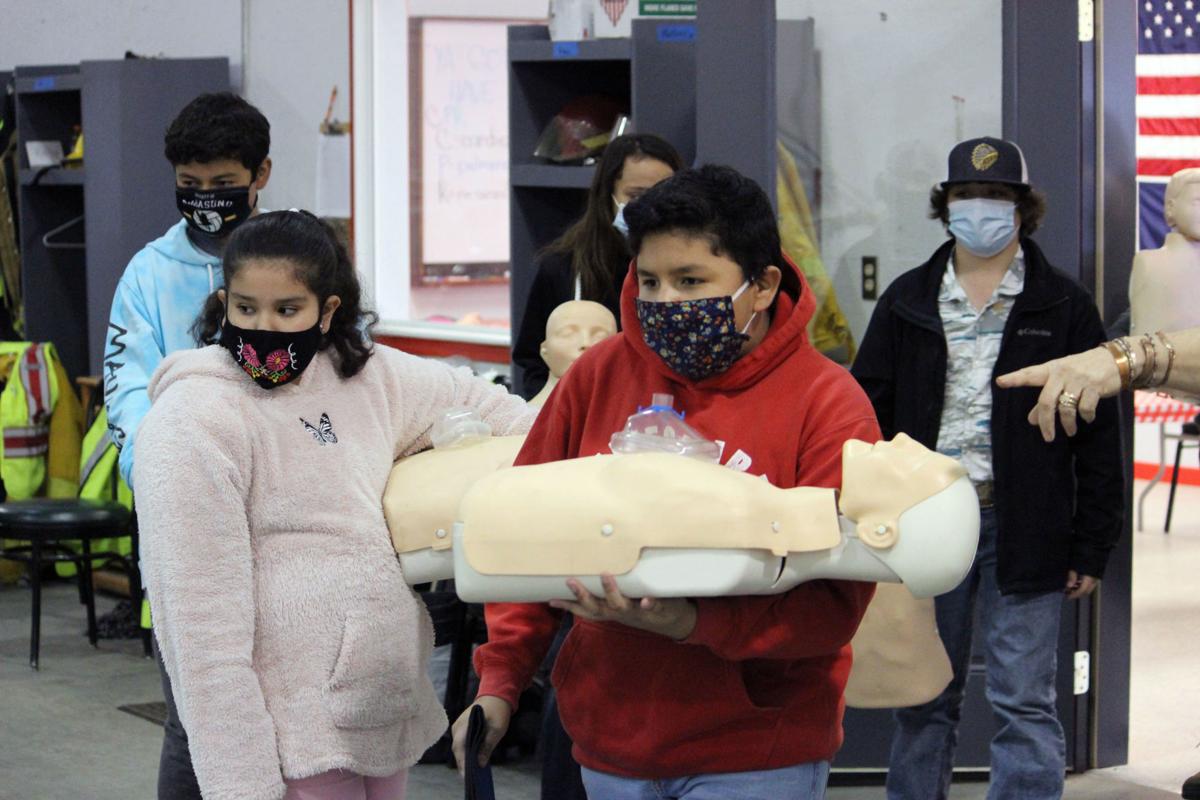 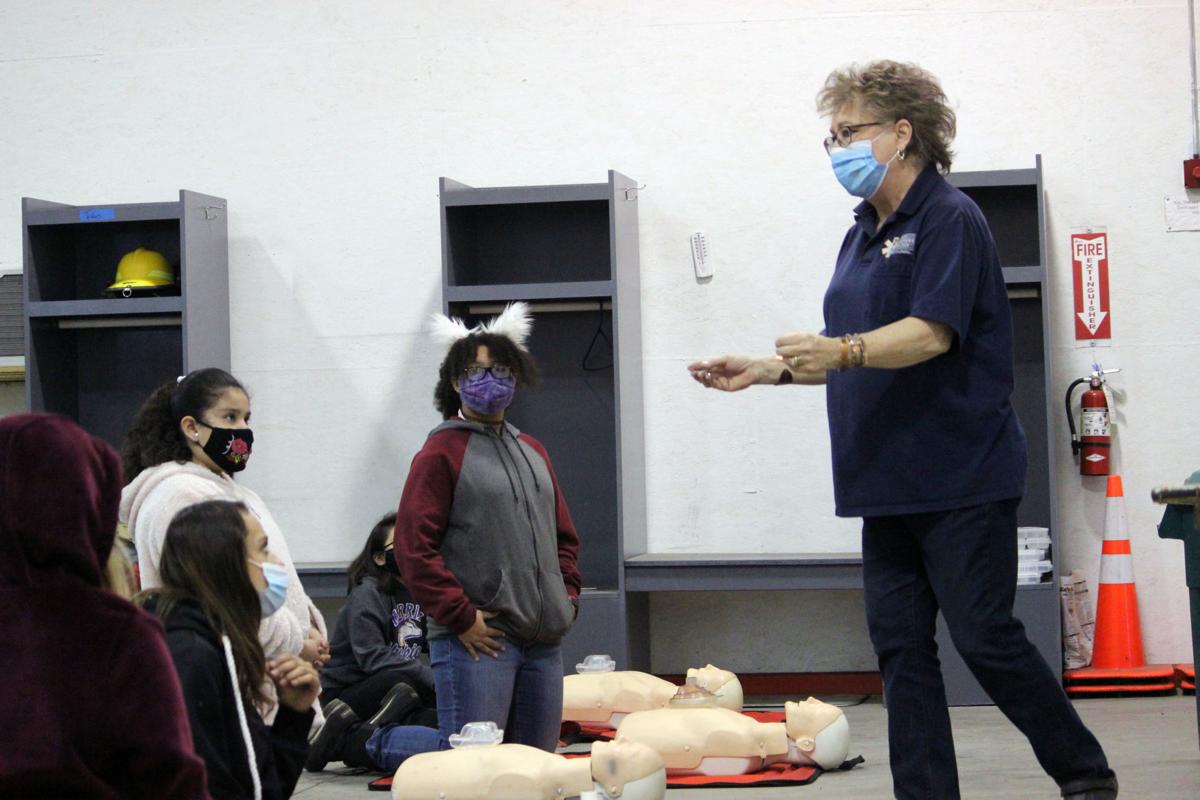 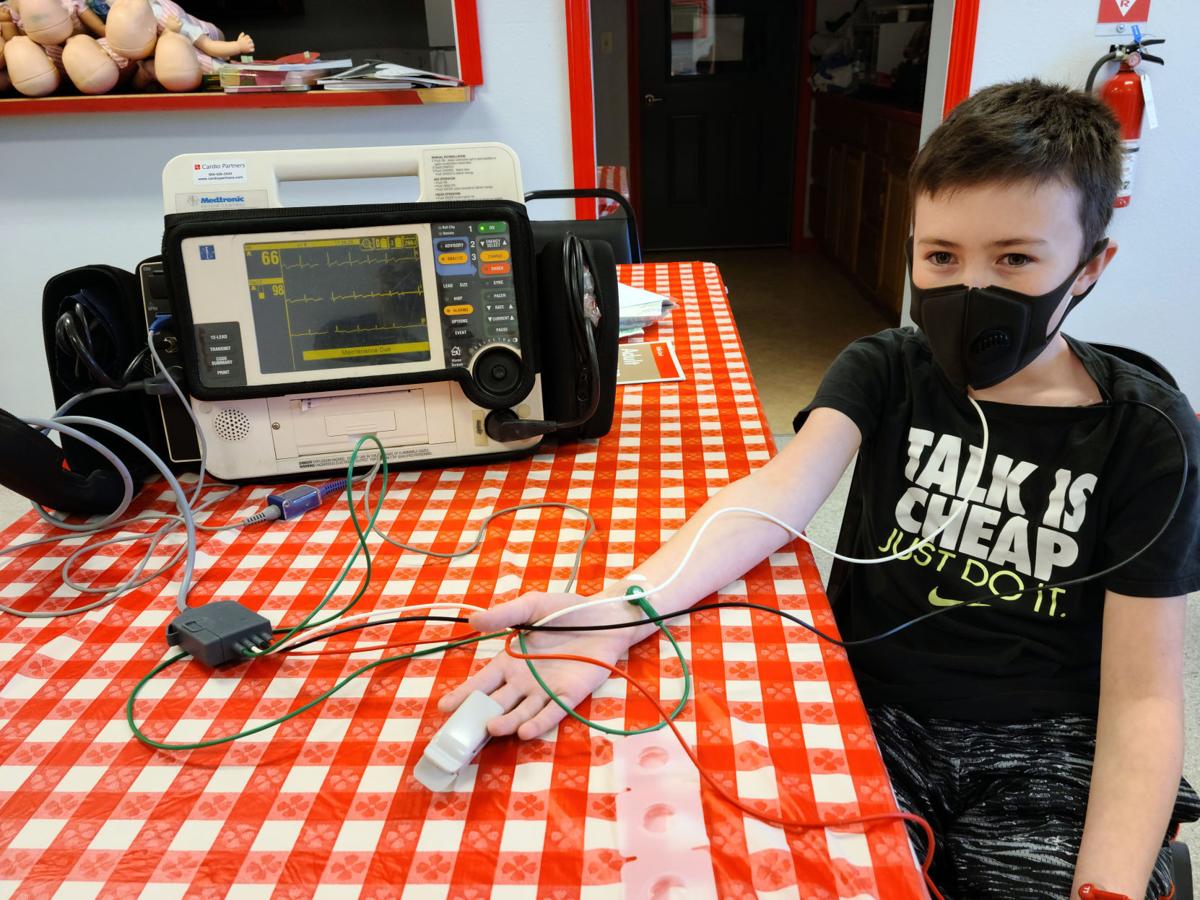 Lillyin Friend leaned over, putting her ear to the mouth of the CPR training dummy. Not breathing. She puts her fingers on the dummy’s neck, checking for a pulse. No pulse. It was time for 30 chest compressions.

She positioned her hands and began counting: “One, two, three …”

The Merrill Elementary School sixth-grader joined 20 classmates at Merrill Rural Fire District’s firehouse on Wednesday to learn the basics of CPR -- listening for breathing, checking for a pulse, and performing chest compressions on a training dummy.

CPR is part of a heart unit – Ya Gotta Have Heart -- taught by sixth-grade teacher Laci Teaters and retired Merrill teacher and principal Larita Ongman. During the lessons, students and staff followed all COVID-19 safety protocols, wearing masks, gloves, and keeping at least a 6-foot physical distance from each other.

Teaters, who has taught at Merrill since 2015, about a year ago began volunteering as an emergency medical responder with the Merrill Rural Fire District and Basin Ambulance Service. The district relies on volunteers and offers ambulance and fire response. She is working on her EMT certification.

“This is a way I can give back to my community by doing something I feel passionate about,” she said.

Ongman, who retired from the Klamath County School District in 2019, started the unit as a sixth-grade teacher at Merrill years ago after reading a news story about a 7-year-old who used CPR techniques to save his mother’s life. She has been an EMT with the fire district and ambulance service for 35 years.

“I realized I had underestimated the power of kids,” Ongman said. “There isn’t a specific age to learn CPR. For some kids this may be too early, but if even one can use this information to help someone, it’s worth it.”

“I think it’s important for them to know CPR because there’s a chance they could save a life,” she said. “They can at least start it, and they know to call for help.”

At the Merrill firehouse, Ongman walked sixth-graders through the steps of responding to a medical emergency.

“If someone’s heart stops beating, you’re going to help them out,” she told the students.

Each student had a training dummy and practiced performing the steps, including listening and feeling for breath, checking for a pulse, and performing chest compressions.

As they started each scenario, they recited the steps to take before starting CPR: “Person is down. Scene is safe. Gloves are on. Call for help.” The class is just a basic overview, providing students with the knowledge they would need to help a family member who has a medical emergency.

Meanwhile, Teater hooked up students to a heart monitor, providing them a chance to see their pulse, oxygen level, and cardiac rhythm.

The lessons will continue twice a week through February.

After class, Friend said she believes she could act in a medical emergency. “I would be nervous, but I know I could do it if I have to,” she said.