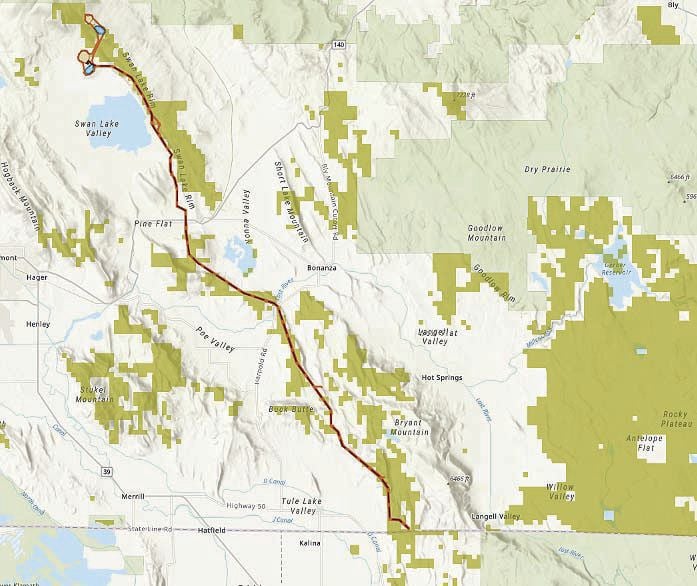 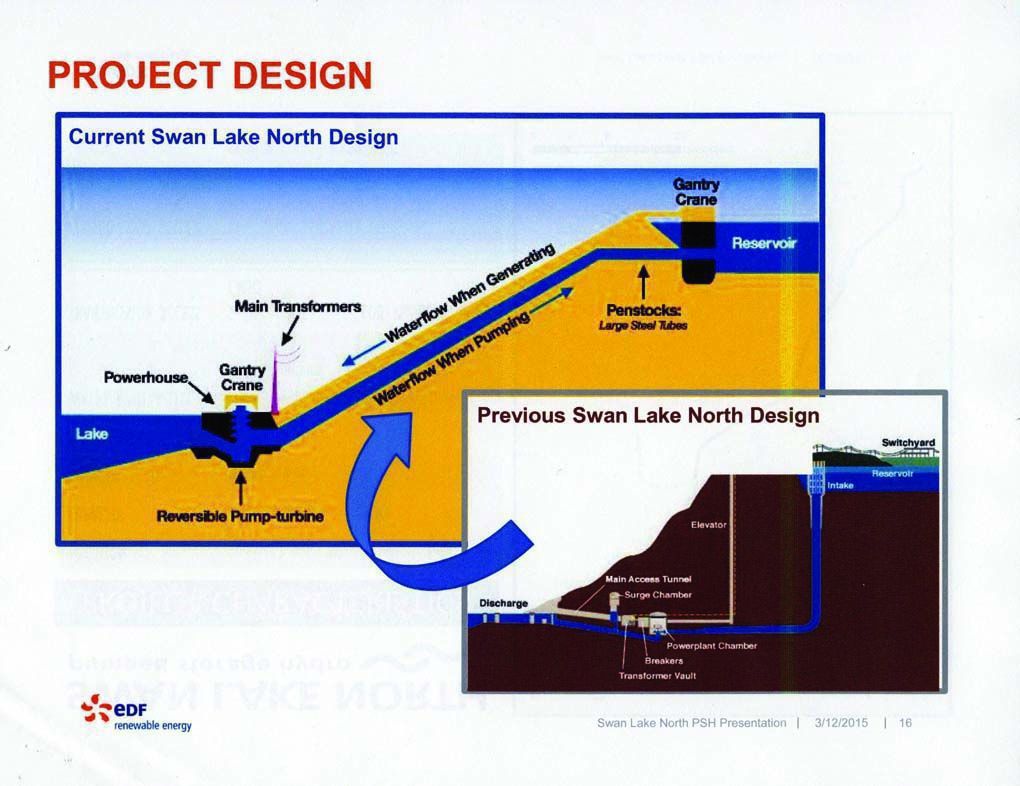 A proposed hydroelectric project northeast of Klamath Falls could power as many as 600,000 homes annually once operational. 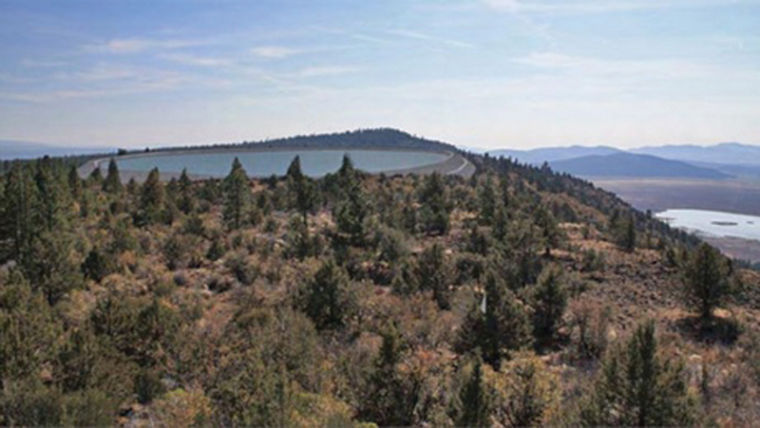 An artist’s rendition shows the upper and lower reservoirs for the proposed Swan Lake North Pumped Storage Hydro Plant, a planned closed-loop hydroelectric system to be built 11 miles northeast of Klamath Falls. If completed, the project could provide electricity for 600,000 homes annually across the west coast.

A proposed hydroelectric project northeast of Klamath Falls could power as many as 600,000 homes annually once operational.

An artist’s rendition shows the upper and lower reservoirs for the proposed Swan Lake North Pumped Storage Hydro Plant, a planned closed-loop hydroelectric system to be built 11 miles northeast of Klamath Falls. If completed, the project could provide electricity for 600,000 homes annually across the west coast.

The $750 million project may mean up to 3,000 temporary construction jobs when the project begins to turn dirt in 2021. Afterward, there will be a handful of jobs — 12 — to run the facility full time.

The Swan Lake project site is 11 miles northeast of Klamath Falls. Renewable electricity stored at the facility would be transmitted from the powerhouse along a 32.8-mile-long, 230-kilovolt (kV), above-ground transmission line to interconnect with the Malin substation.

It functions as a gravity-fed, hydroelectric facility, supplementing power for the electrical grid when needed. Water is pumped to a 60-acre upper reservoir when there is little demand for power. It is then released through pipes to the turbines to a lower reservoir during peak demands, and the power is put on the grid via transmission lines.

The license was issued after nearly a decade of project planning, development and review, according to a press release from the company.

“The issuance of the license recognizes the clear public need for this energy storage infrastructure and the great support of our partners and stakeholders in the process,” the release said.

Dan Cohan, who lives along the power line path, told Oregon Public Broadcasting reporters that the approval of the project has been expected in the community. Cohan’s primary concern is the effect the power lines will have on migratory birds in the area. The region is a major stop-over for the Pacific Flyway, one of the major migratory bird paths in the country.

“I think there is going to be an impact,” Cohan said. “They’re going to have bird strikes on the infrastructure and the power lines — just because of the sheer density of waterfowl and migratory birds that occur in this area.”

Other concerns include electromagnetic fields near resident homes.

Cohan still hopes, despite Swan Lake being granted a license, the company will do more to protect birds and farm life in the area.

“The development team has worked diligently with stakeholders including landowners, community members, local officials, state and federal agencies to identify the best possible route for the proposed transmission line,” the release said.

“The project will be an important part of turning Oregon’s renewable energy investments into long-term solutions in the fight against climate change.”

Before going into operation, the project will pass rigorous safety reviews and during operations will be a safe and reliable source of renewable energy.

“We’re very excited to share this news with our partners and stakeholders. Moving forward we will be reaching out with updates on the project through a quarterly newsletter.”

ECONorthwest estimates that annual operations of the Swan Lake Energy Storage Project will generate an estimated $6.2 million in goods and services, $1.7 million in labor income.

The majority (96 percent) of these goods, services, and labor benefits from operations will fall within Klamath County totaling approximately $4.2 million, of which $3.4 million will be from goods and services generated by the project.

Additionally, spending and income from annual tax and fee revenues for operations totaling $200,000 will go to state and local taxing jurisdictions.